We arrive in Lyon on Valentine’s Day and surprise, surprise we struggle to find a restaurant that has space. After a few calls around we get lucky with Le Sud, a Mediteranen brasserie, part of the Paul Bocuse empire (he’s that legendary French chef who recently died). 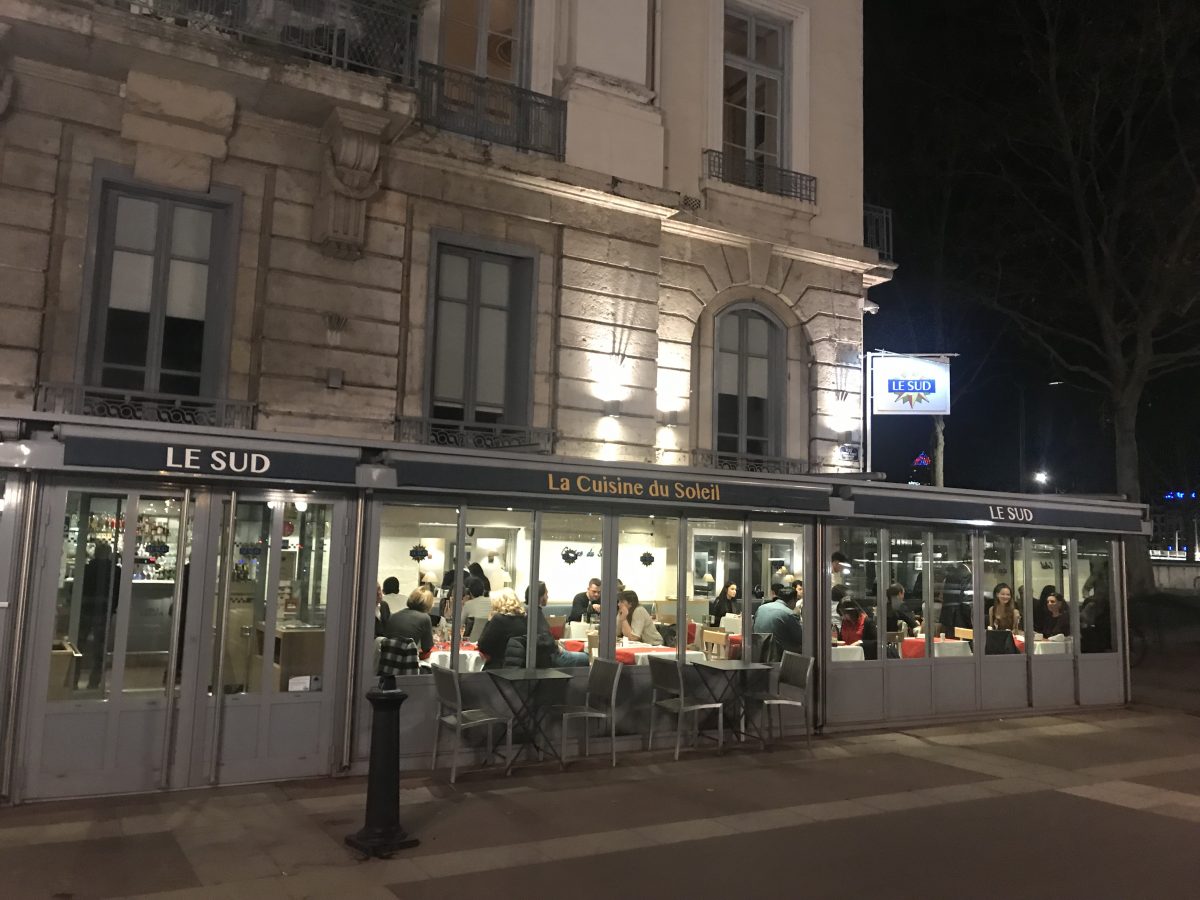 It’s a chaotic arrival, the restaurant is absolutely rammed, all couples naturally, and the manager looks panicked. Our table is covered in fake rose petal and heart shaped sweeties. Boke.

We ominously perch on giant stools which are next to a window between us and the main dining room – it’sÂ like eating in a goldfish bowl. We’re also right by the kitchen where we see the set menu dishes stacked up like at a mass catering event. It’s all very cruise ship. 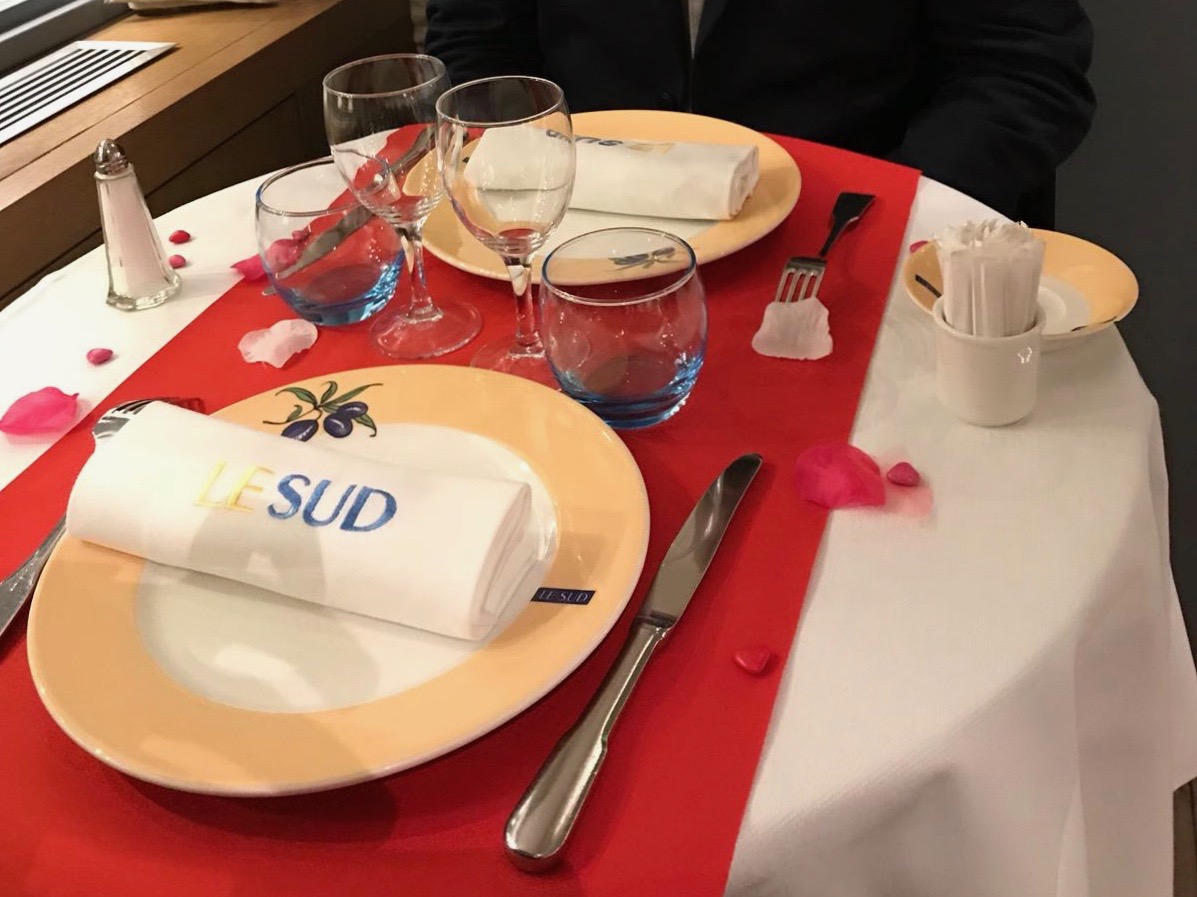 It’s annoying there’s a set menu (â‚¬55 a head) as we wouldn’t have gone had we known. The food isn’t bad. It’s fine. Just the sort you’d eat at a boring wedding in the 80’s. Foie gras terrine with a balsamic squiggle, fillet of beef Rossini and a coconut sphere which is bland, bland, bland. There’s no seasoning and certainly no care in the cooking. 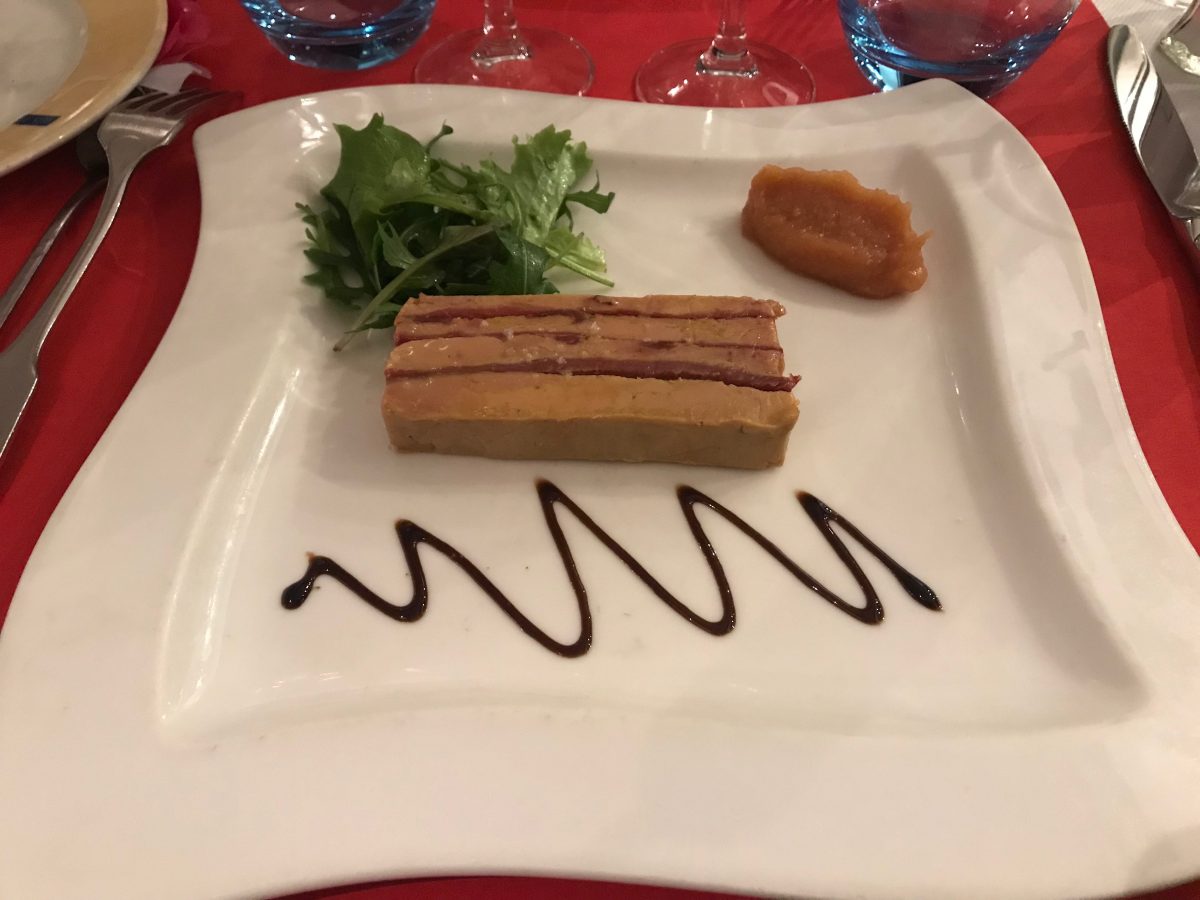 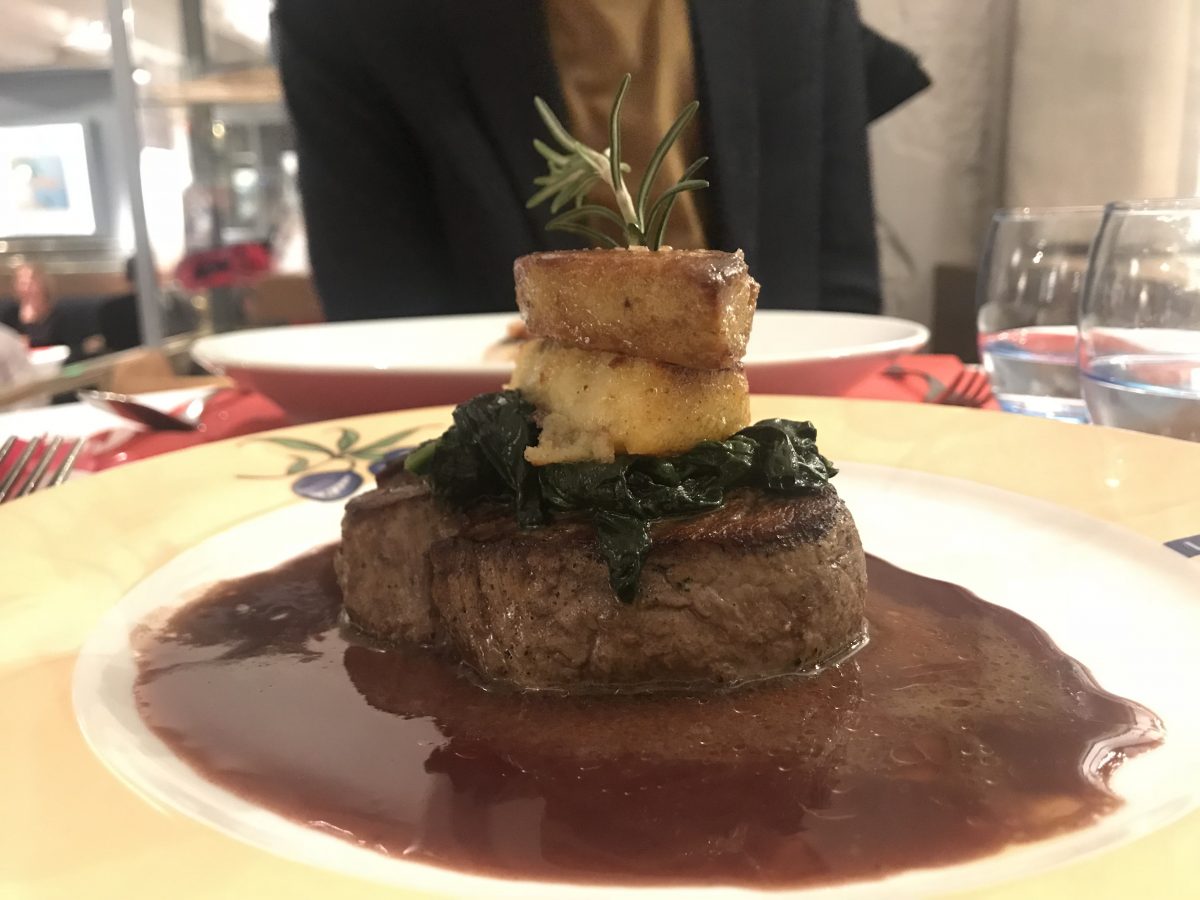 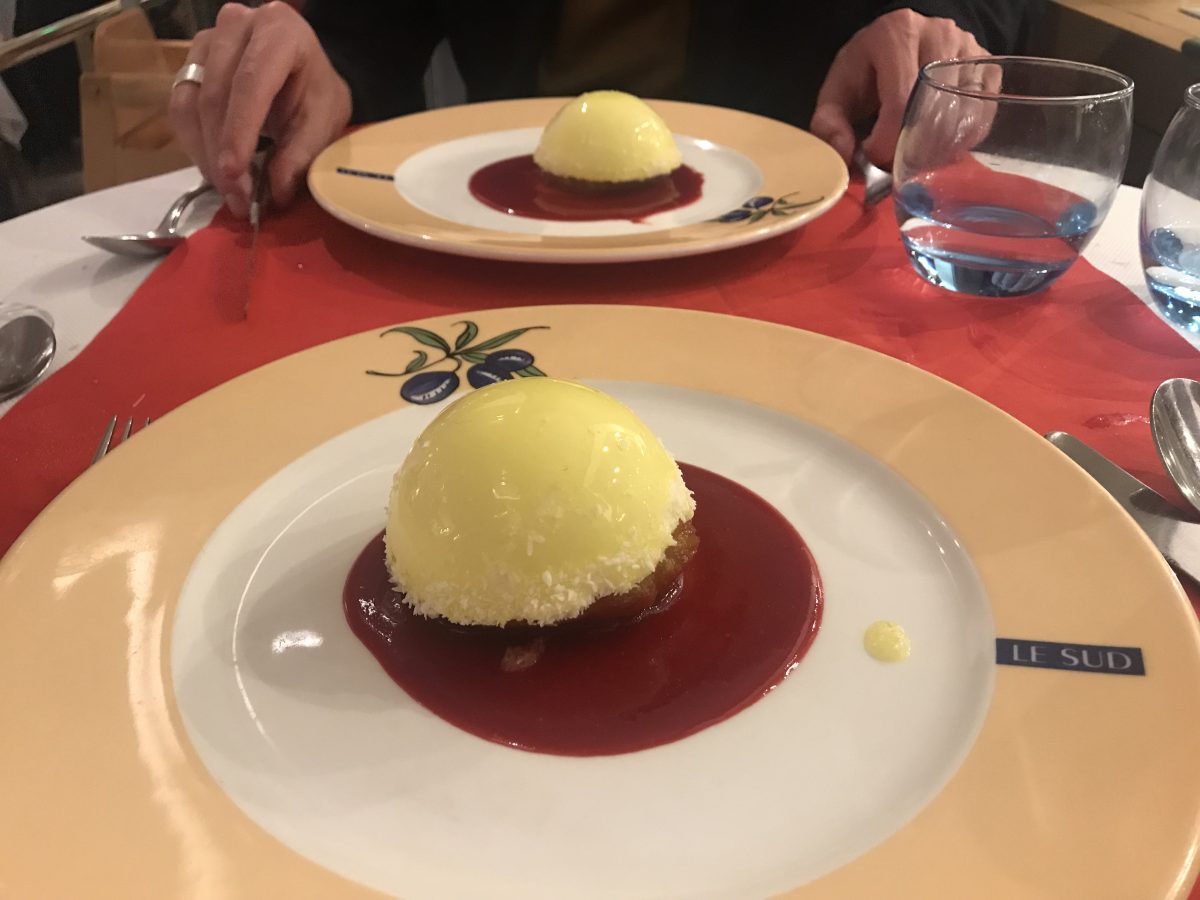 Service is non existent which is strange considering how many staff there are. They’re all so busy running around they forget to actually look up. At one point there is a queue of people waiting to complain to the manager. It’s non stop. Oh the romance!

We ask for the bill three times from three different people. In the end I put my coat on and stand up in the hope that someone will come over and release us from this hell hole. In Lyon, service is built into the price, which is a shame as they had done so little to deserve it.

I’ve never been out to dinner for Valentine’s Day before. If this is what it’s like (overpriced set menus and terrible service from a team who can’t cope with a full restaurant) then I’ll stick to cooking thanks.