Based at the crappy end of Regent Street, The Wigmore is a pub, or “modern British tavern”, part of the Langham hotel. It’s overseen by Michel Roux Jr, you know him, the one off of MasterChef: The Professionals, along with the hotel’s exec chef Chris King. 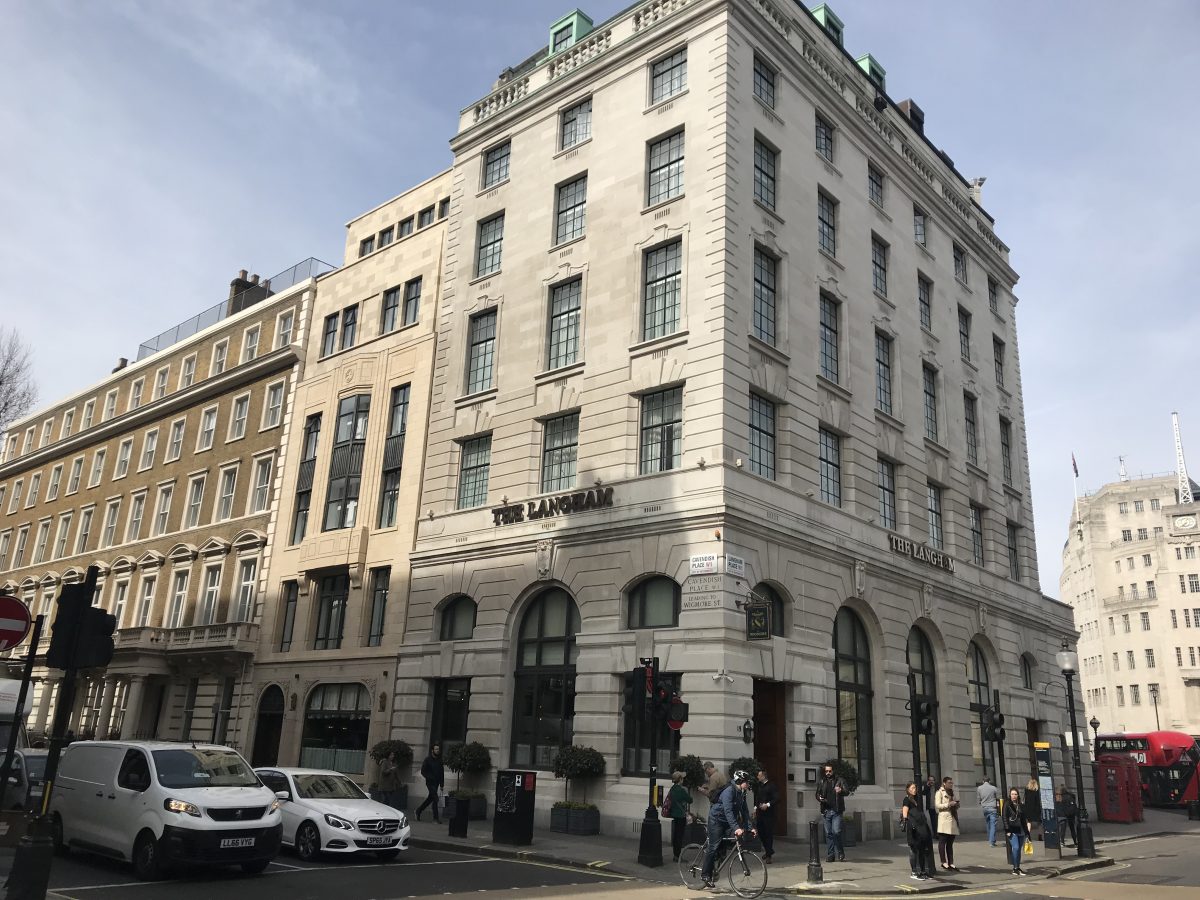 It’s the prettiest pub I’ve ever been in. The walls are a glossy British Racing Green, there’s a large bar in the middle serving proper pints (2/3 of their Wigmore Saison is £4.50) and the ceiling holds a huge chandelier. All very Soho House. 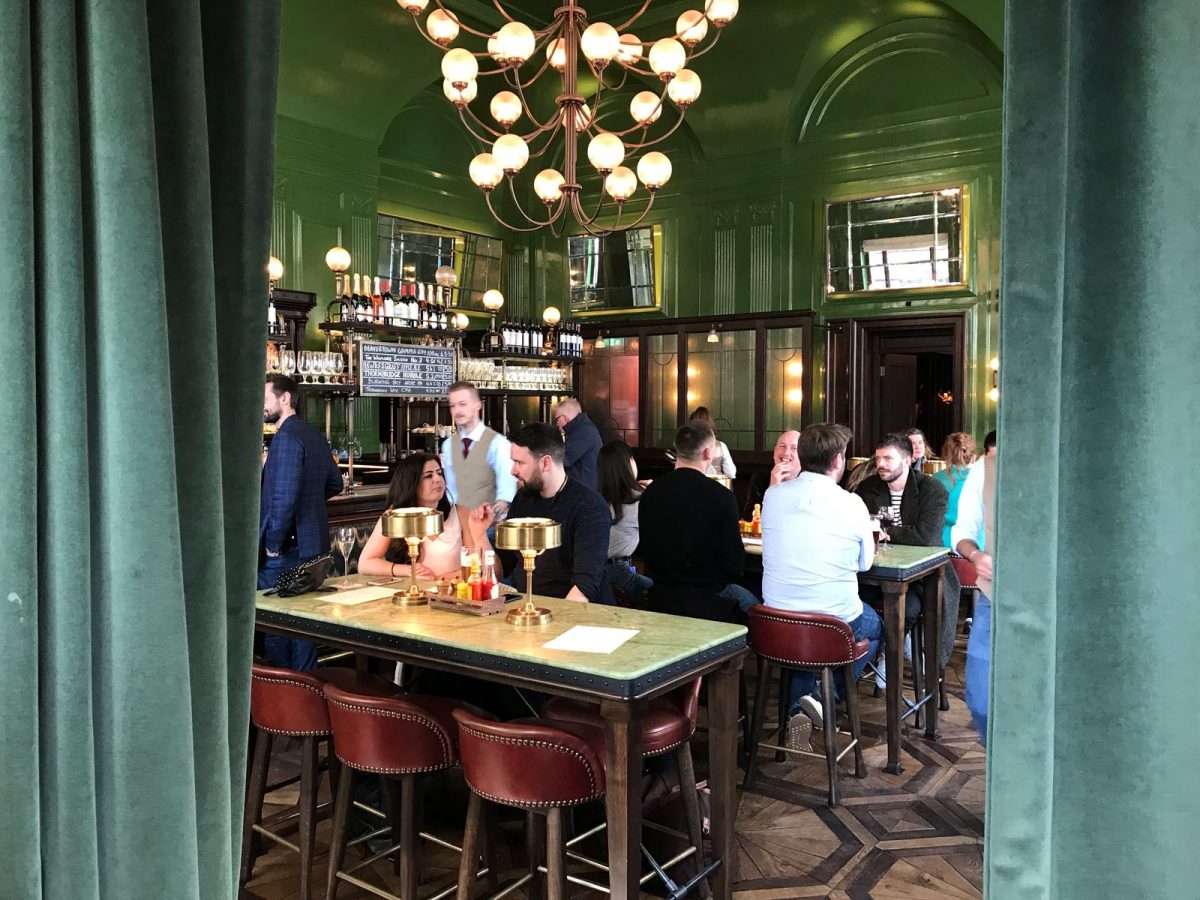 Snacks are marvellous. ‘XXL stovetop 3 cheese toastie’ (£9.75) lives up to its name – the thing is bloomin’ massive. Each finger is gloriously cheesy and punchy from mustard and raw red onion. 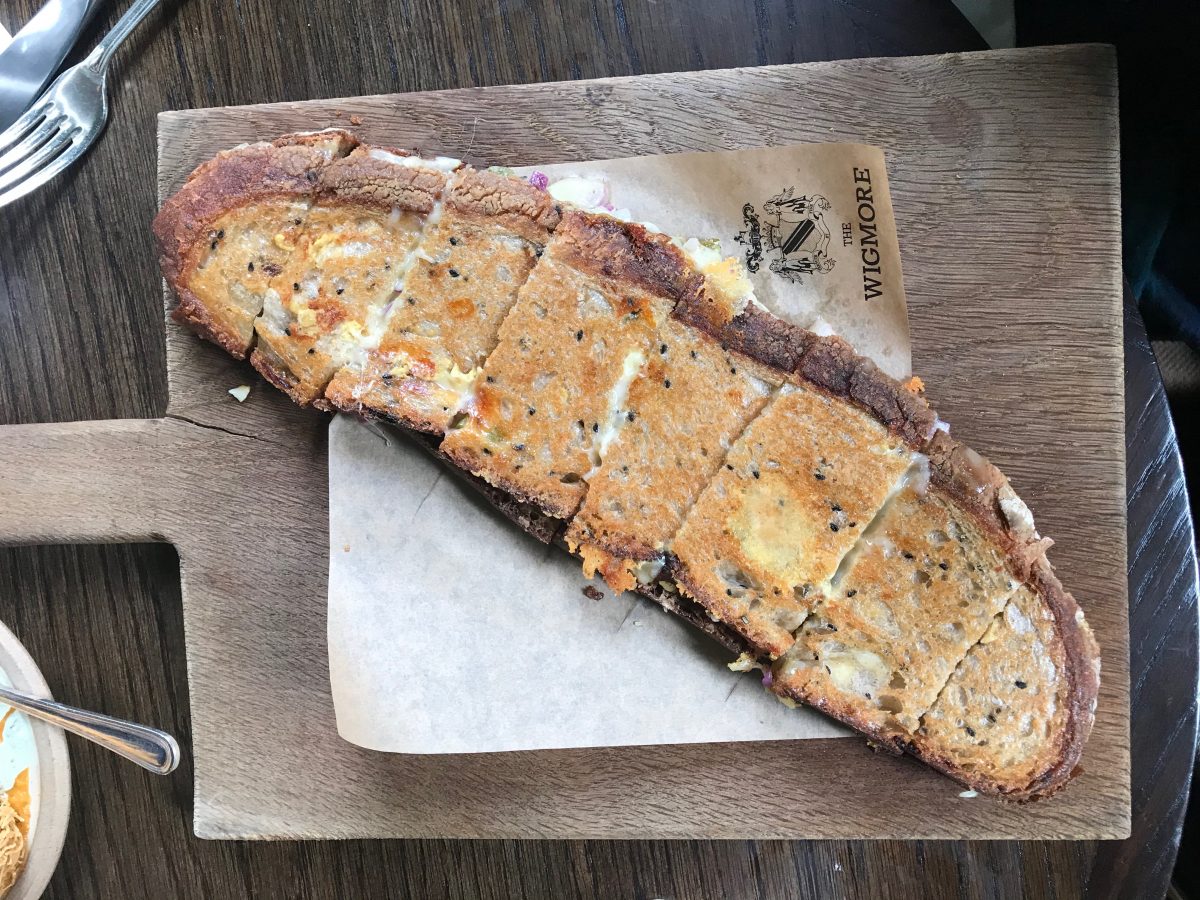 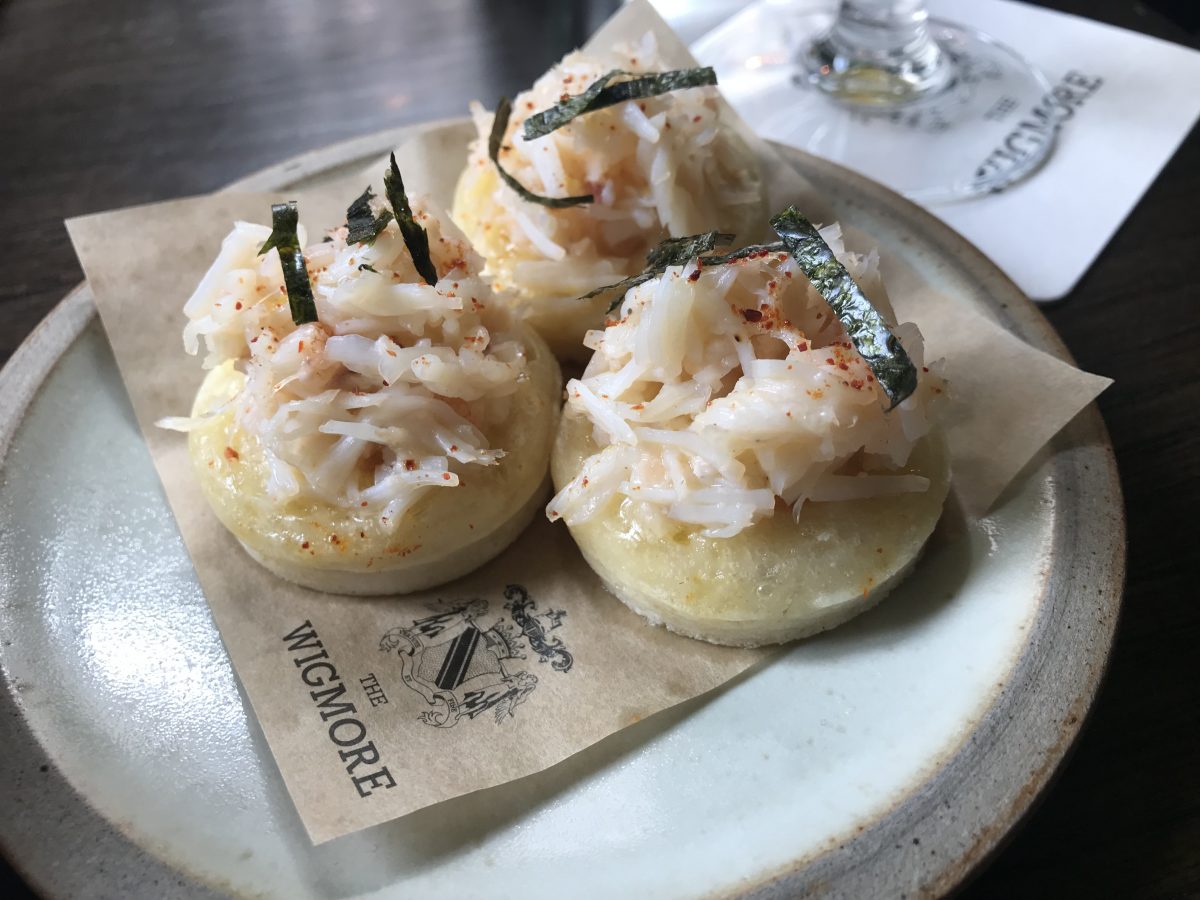 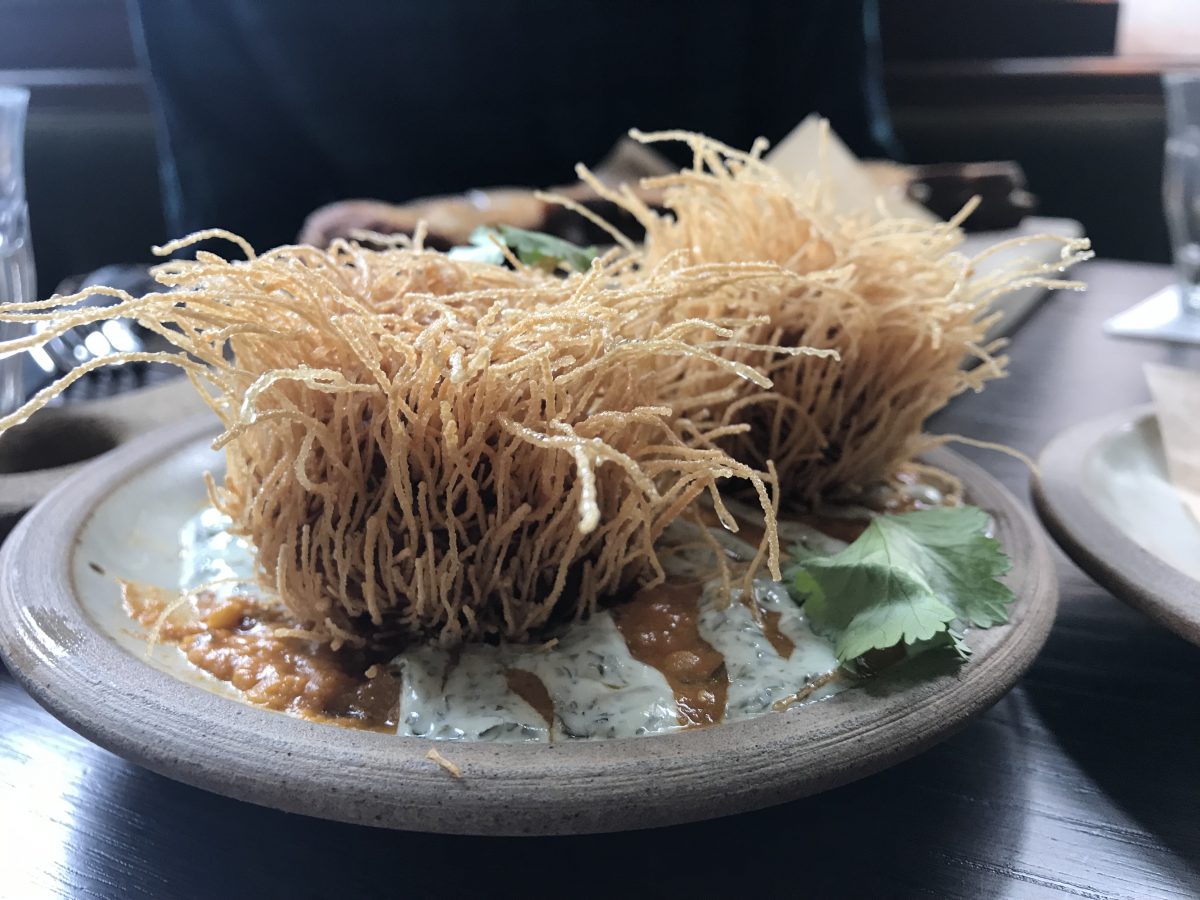 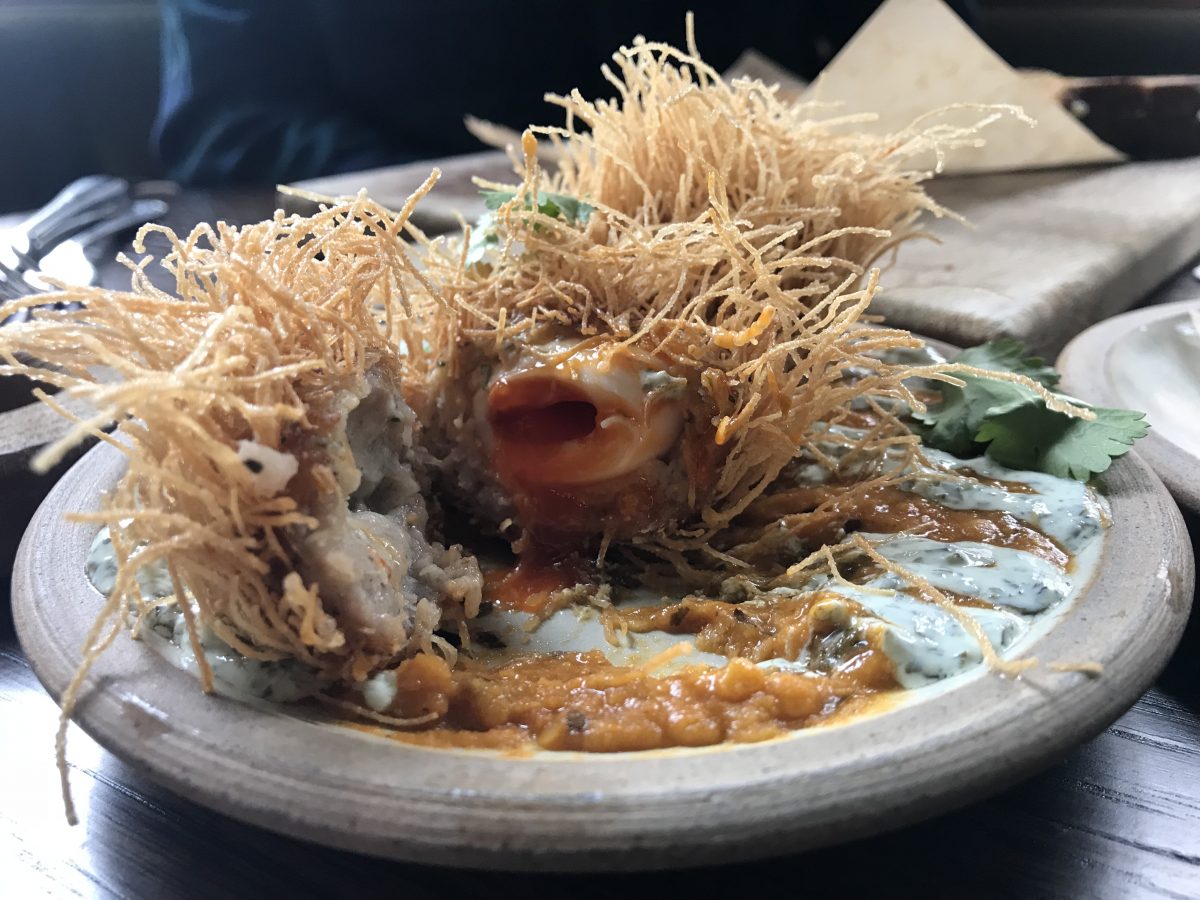 All this would have been enough food but we go for main courses too. Spring lamb pie (£16) isn’t quite as good as Holborn Dining Room’s pastry marvels but it’s certainly up there as a brilliant pie. Once cut open it gushes gravy and mixed with the accompanying sweet mint sauce it’s lovely. 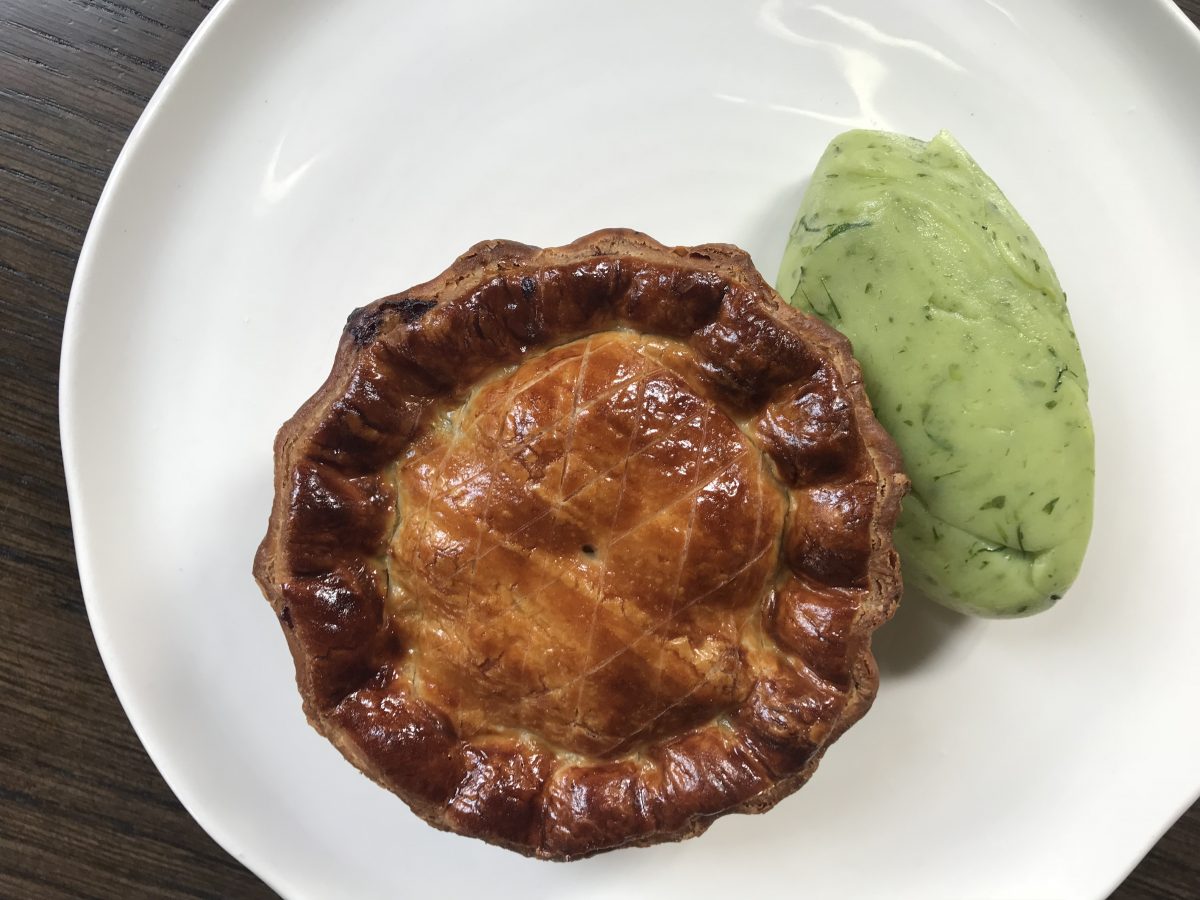 The coronation chicken roll (£15) would feed four people. Breadcrumbed fried chicken and coleslaw drenched in coronation sauce in a thick sub is pure deliciousness on a plate. It comes with four perfect onion rings – it’s worth going to the Wigmore just for these. 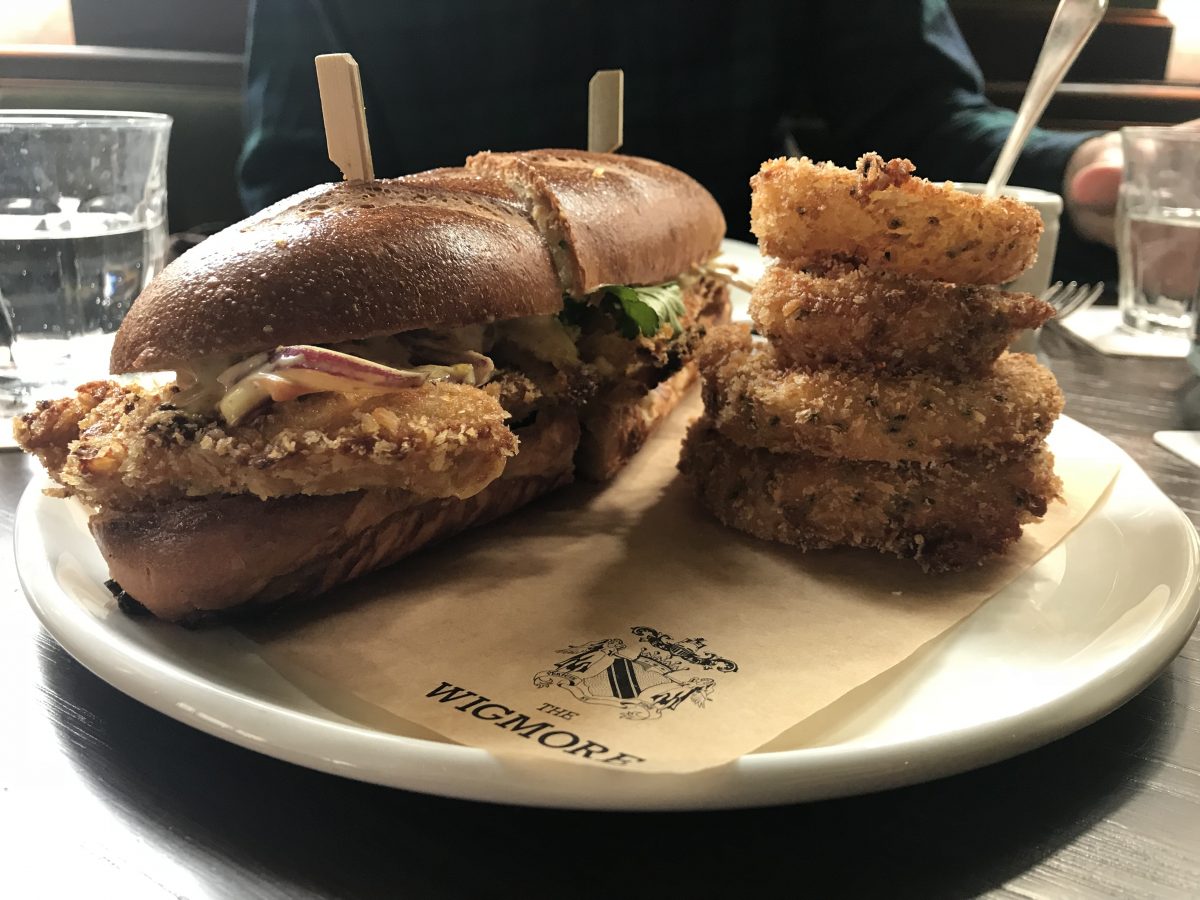 We skip pud as we’re just so full but the warm treacle tart sounds right up my alley. In fact, the whole menu sounds great. This is pub grub made a little posher but not pretentious. It’s all about flavour and generous portion sizes – all with beer on tap. Heaven.