This is the third restaurant from Mark Jarvis who also owns Anglo in Farringdon and Neo Bistro near Oxford Street. I’ve had banging meals at both so I was particularly excited to be invited in for a preview lunch before Stem’s official opening.

It’s a simple but cute space with just 30 odd covers. We’re seated in the first of two dining rooms where an open kitchen with a lone chef preparing snacks keeps things interesting. 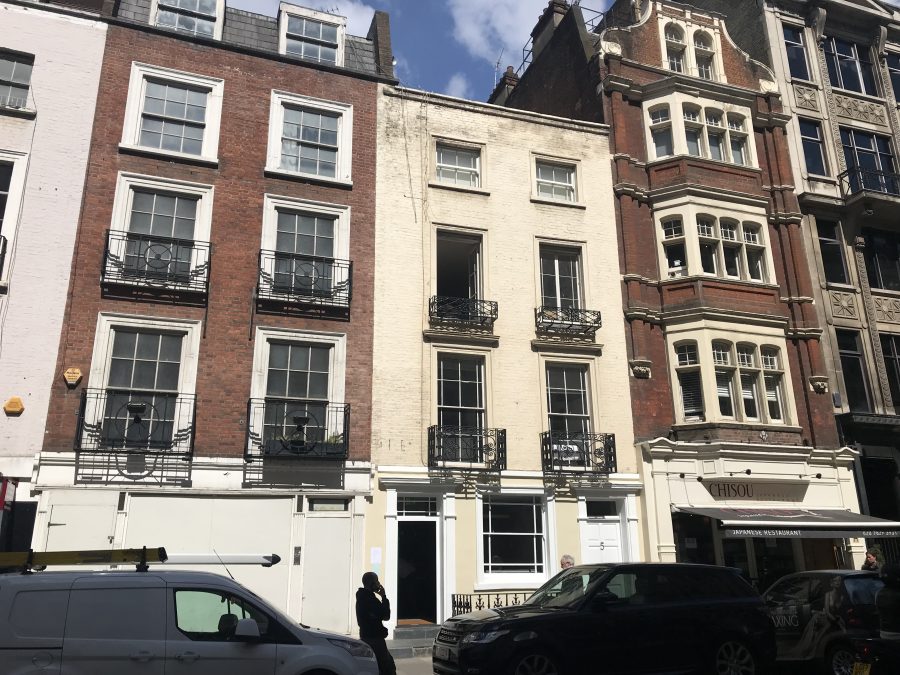 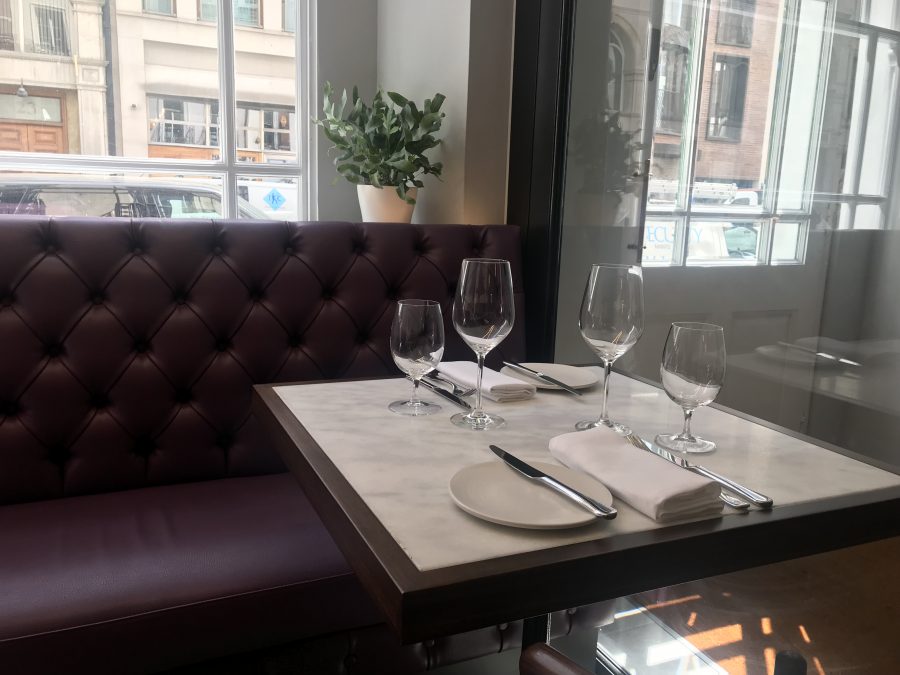 There’s a la carte but we opt for the 5 course tasting menu (£55) which starts with some seriously decent house baked sourdough and salty butter. 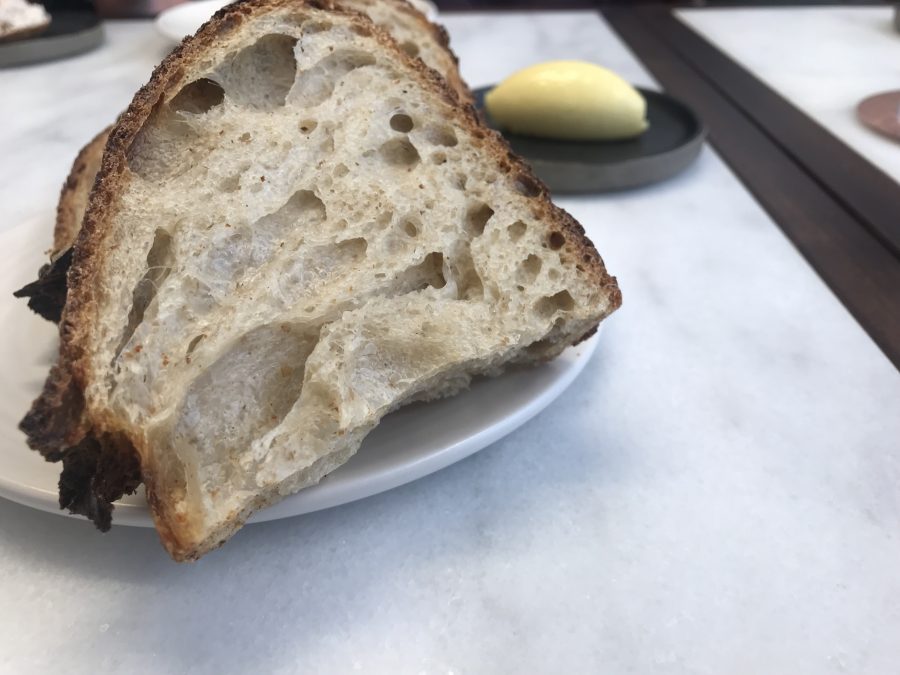 Each course is only a couple of mouthfuls but all are exquisite. New season asparagus, tarragon cream and lemon oil is a light little number. There’s shaved white and charred chunks of green – both of which are a textural treat. 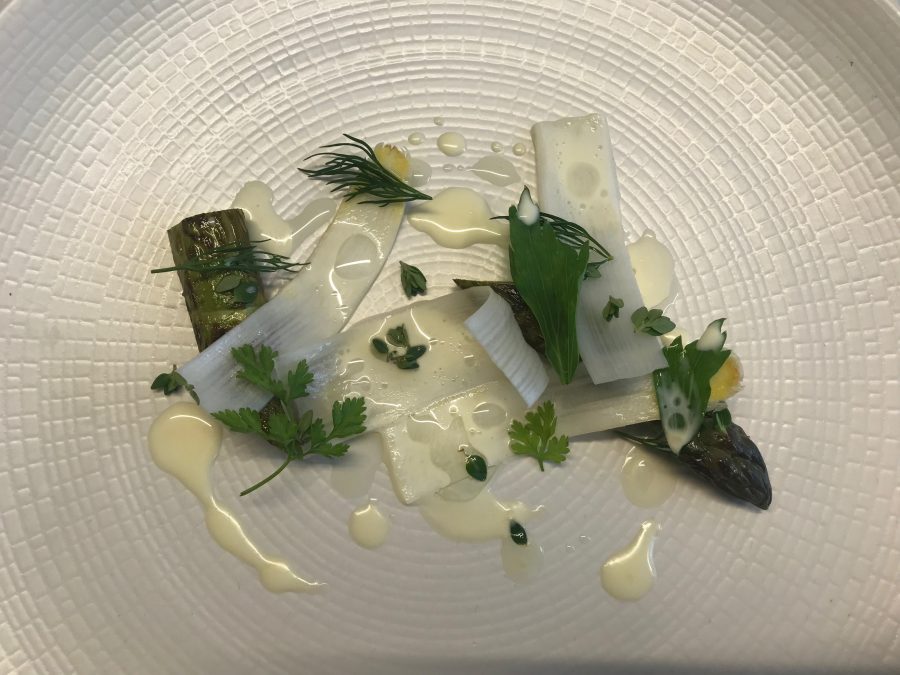 Hand dived raw scallop and celeriac is bizarrely (but successfully) paired with white chocolate. Next up, radicchio has been fermented which mutes its bitterness perfectly. It is simply paired with blood orange segments. 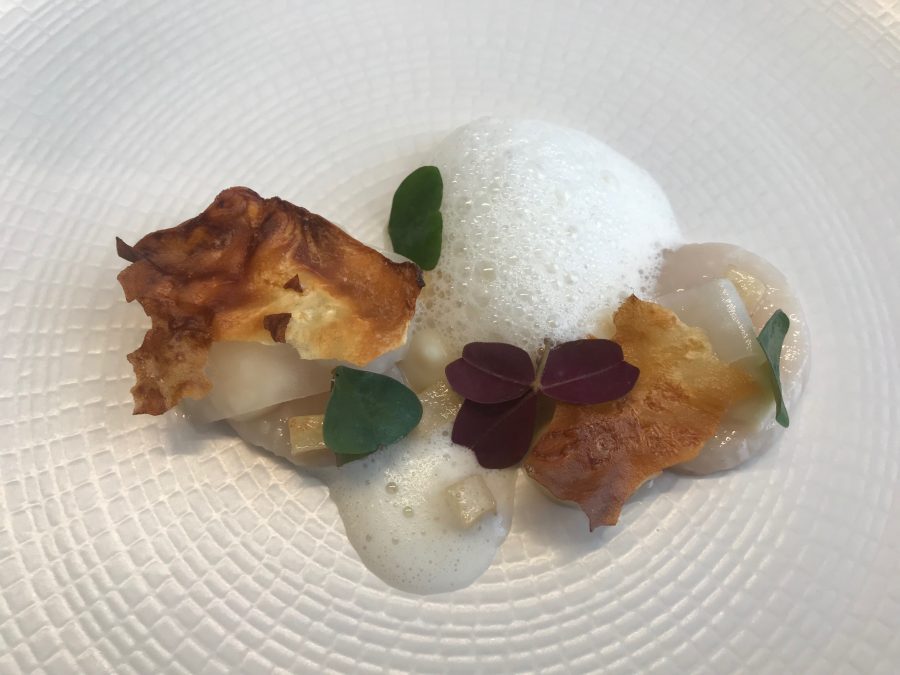 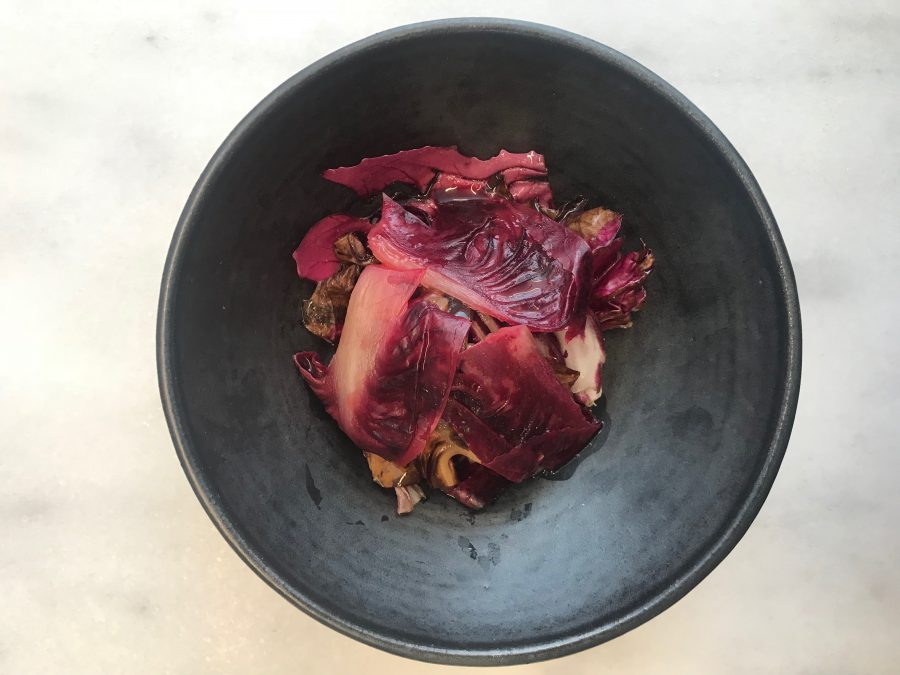 Cornish cod baked in lemon verbena with grelot onion and pear (£12 supplement) has plenty of comfort factor; it’s all soft and squishy and sweet and salty. 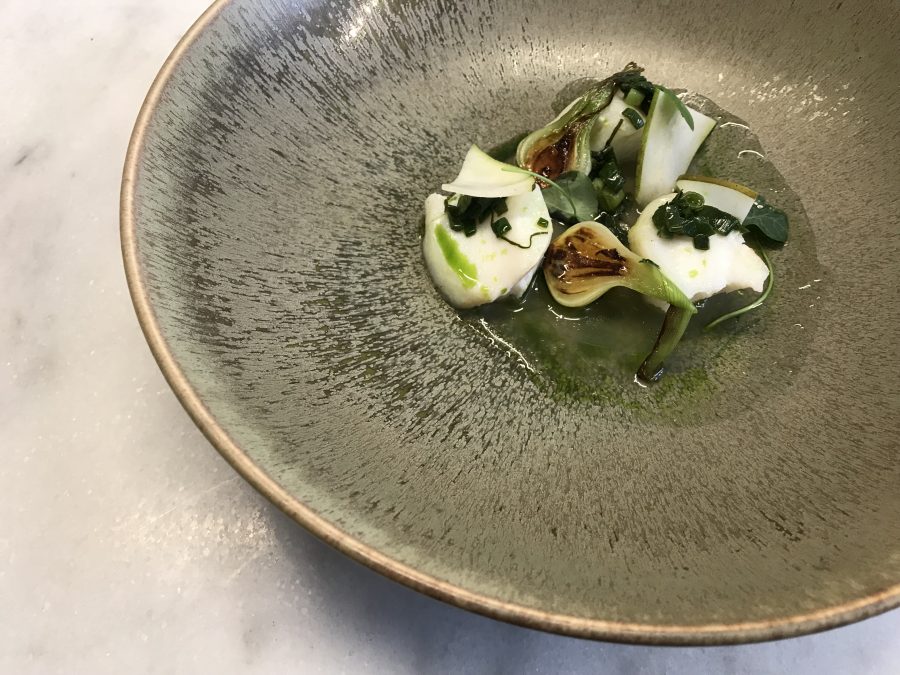 Roast saddle of lamb is my favourite dish; mostly because of that crisp fat. Regular readers of this blog (hey Dad) will know of my love for crisp lamb fat. Dried courgette with basil leaves and oil counterbalance the fat brilliantly. 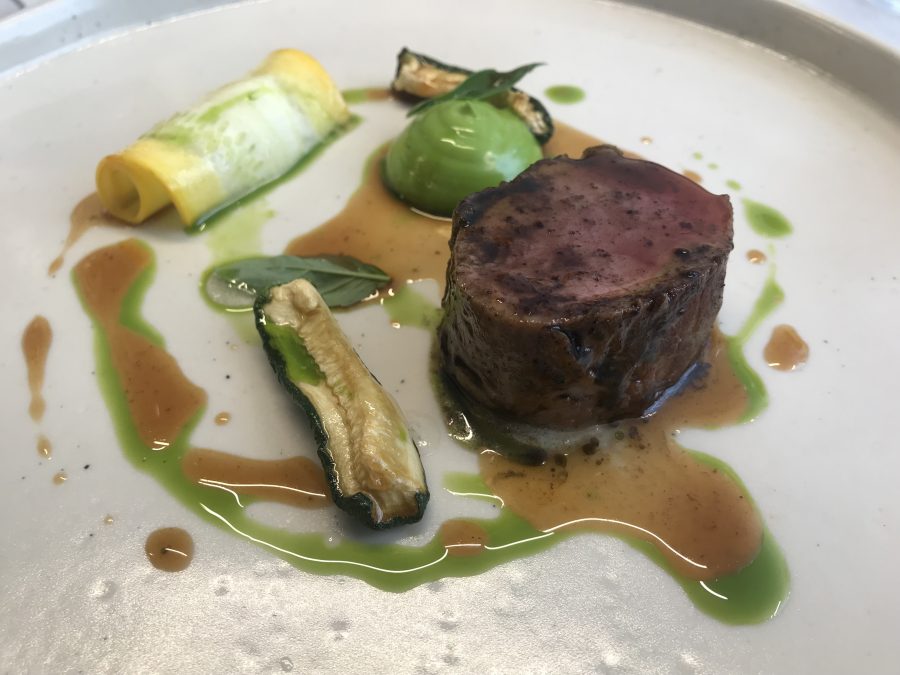 Strawberry, rosemary and tomato is on the savoury end of the pudding scale. It’s so clever, in part because you don’t expect it to work but it does. We’re also given a black olive, almond and chocolate concoction which is another weird and whacky but totally delicious creation. 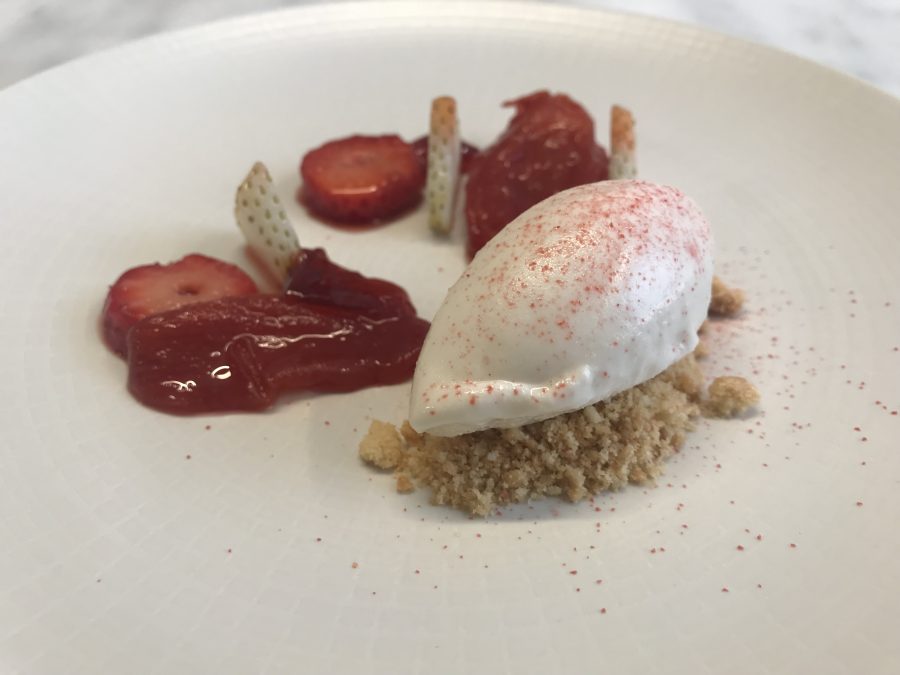 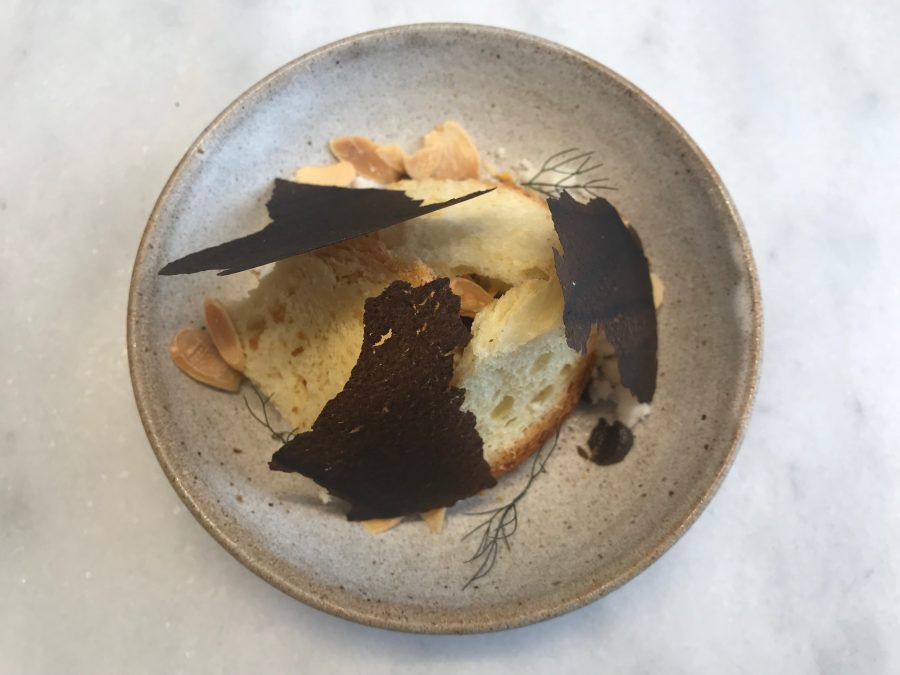 I could have probably done with slightly larger portions but that’s only because everything was so bloomin’ tasty. Which is something you can be guaranteed of when you go to one of Mark’s restaurants – it’s all about flavour. And that food was YUM.

Stem-byneo.co.uk
We dined as guests of the restaurant