Bancone is one of those new openings that has taken the food world by storm. Grace Dent – “casually orgasmic”, Jimi Famurewa – “outrageously good”, Timeout – “an Italian restaurant in Covent Garden serving fresh pasta.” Everyone seems to love the place. 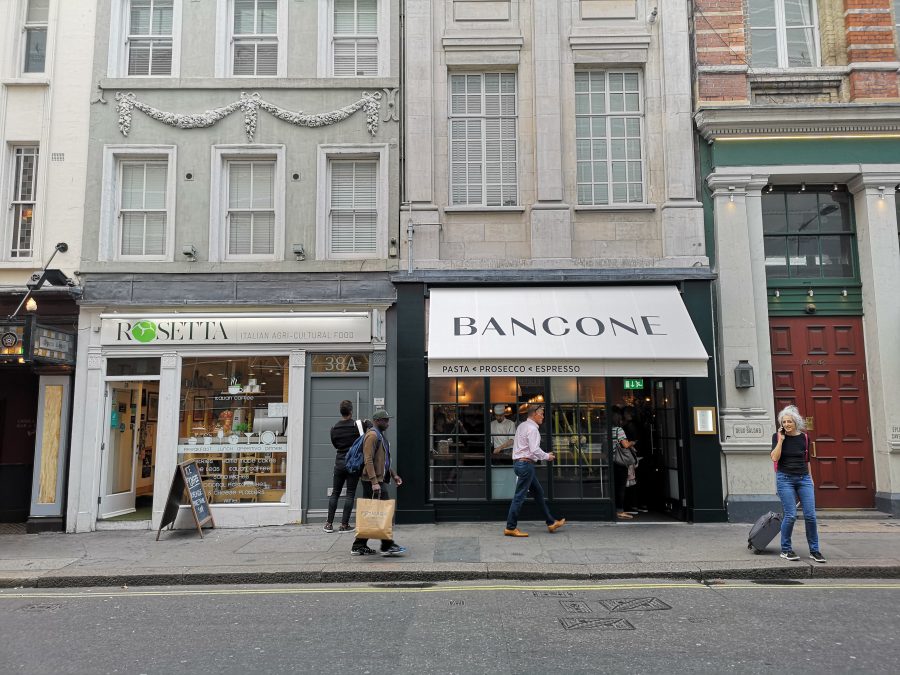 We pop in off the cuff before the cinema – a black and white Polish film called ‘Cold War’ which is brilliant by the way. They can squeeze us in on the counter after we suggest we’ll only be half an hour. ‘Bancone’ is Italian for ‘counter’. Theirs is long, shiny and very pretty. 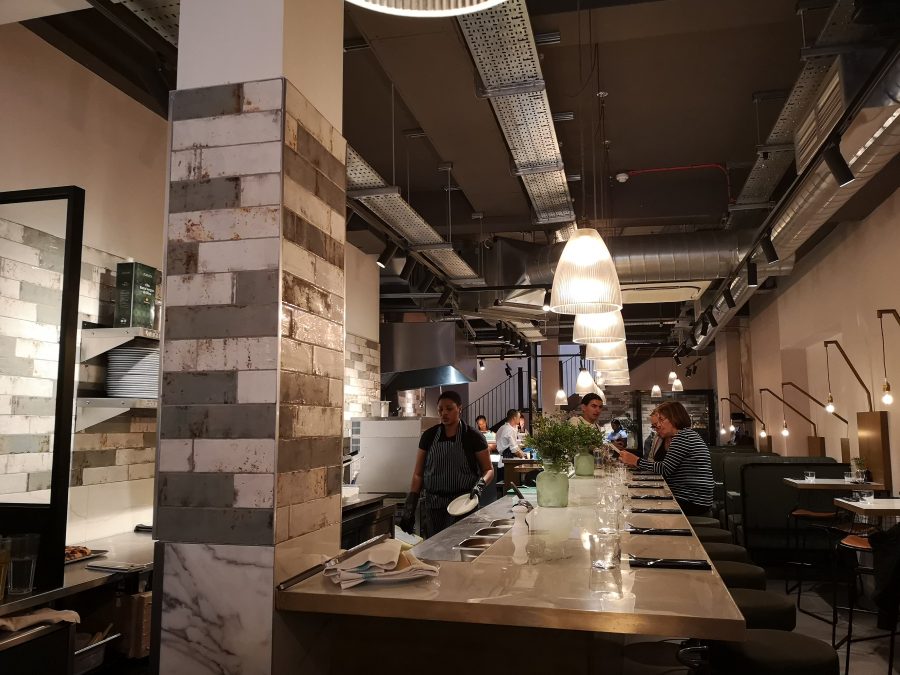 With time against us we skip antipasti and share four plates of pasta. What with Padella, CafÃ¨ Murano, Pastaio, Flour & Grape and Lina Stores, London has plenty of ruddy good pasta at the moment. The bar has been set high. I might be overly critical then but nothing really did it for me here.

Cacio e pepe (Â£8.50) uses spaghetti which is a bit stodgy when mixed with the gloopy butter and black pepper sauce. On top of the pasta is a chewy disc of parmesan which tastes a bit yesterday. 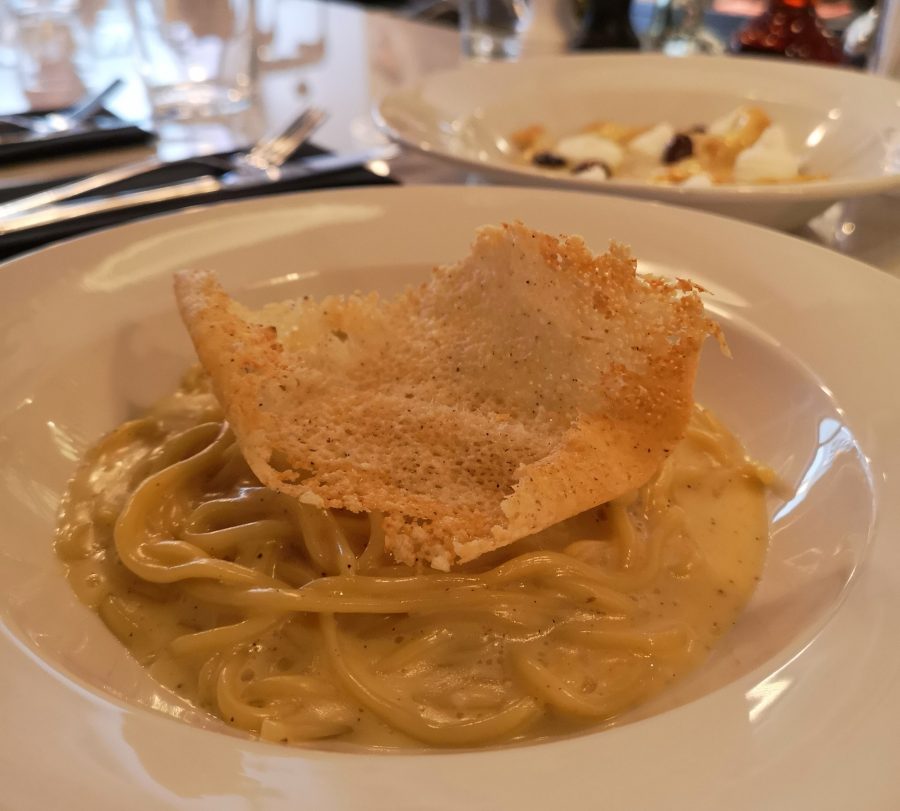 ‘Silk handkerchiefs’ (Â£9) looks better on Bancone’s Instagram than it does on mine. It’s a plate of thin pasta sheets in a walnut and hazelnut butter topped with a cured egg yolk. It’s nut overload making it so dry and some of the pasta sheets have stuck together. We don’t finish it, which is a rarity. 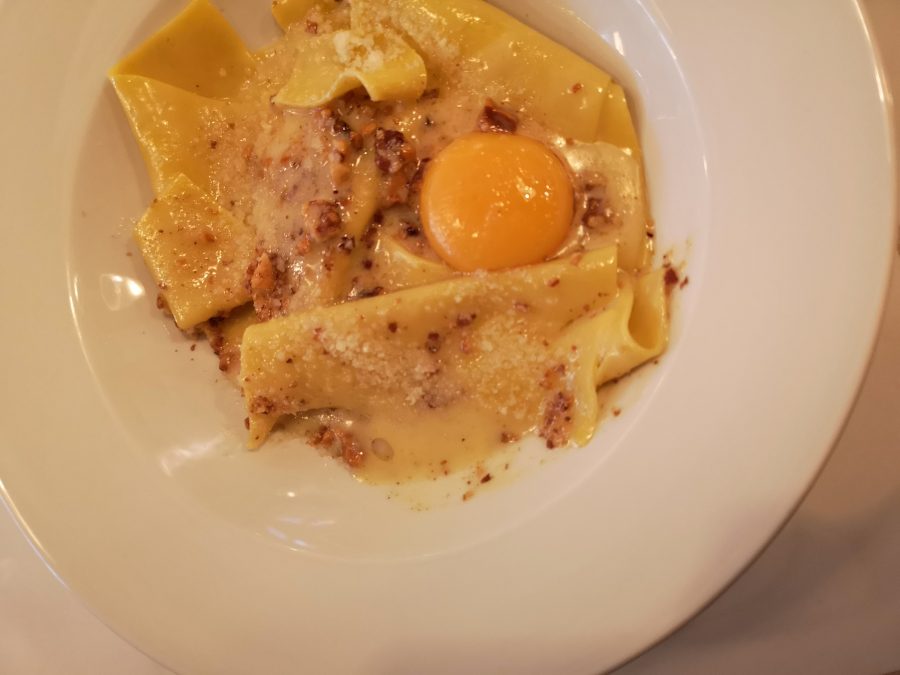 Slow cooked 10 hour oxtail ragu with pappardelle (Â£11.50) arrives a little cold. The flavour is good but nothing exciting, and certainly nothing wowing. The little cubes of carrot are raw which is a shame. 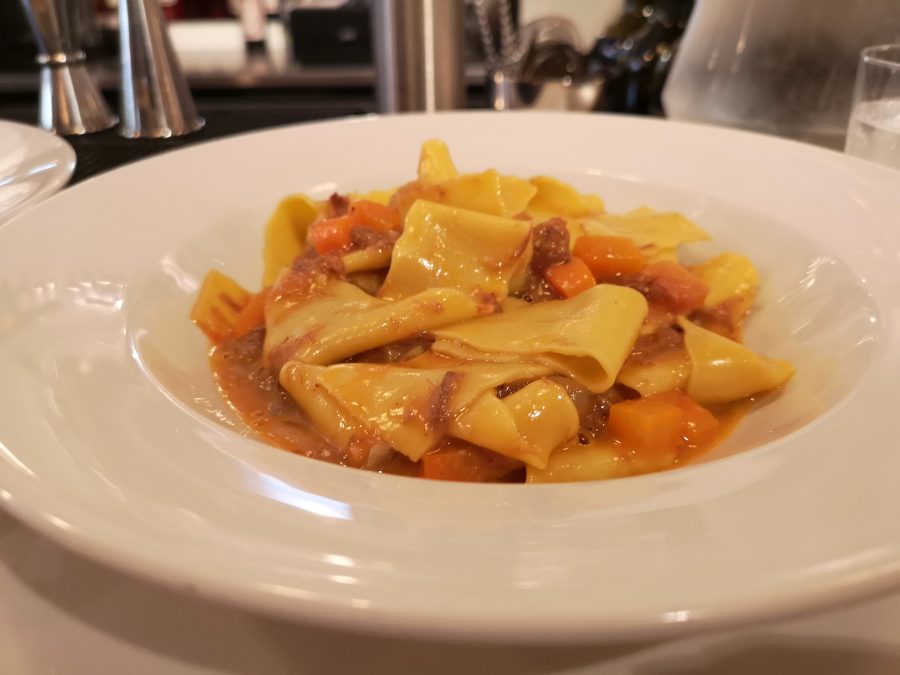 Ravioli filled with tomato fondue ‘caramelle’ (Â£10.50) are quite unpleasant, both in texture (slimy) and taste (tangy). There are dots of goats curd and black olives which don’t do much to save things either. It’s a slime fest. The pasta is an odd shape too – like boiled sweets in their wrappers. 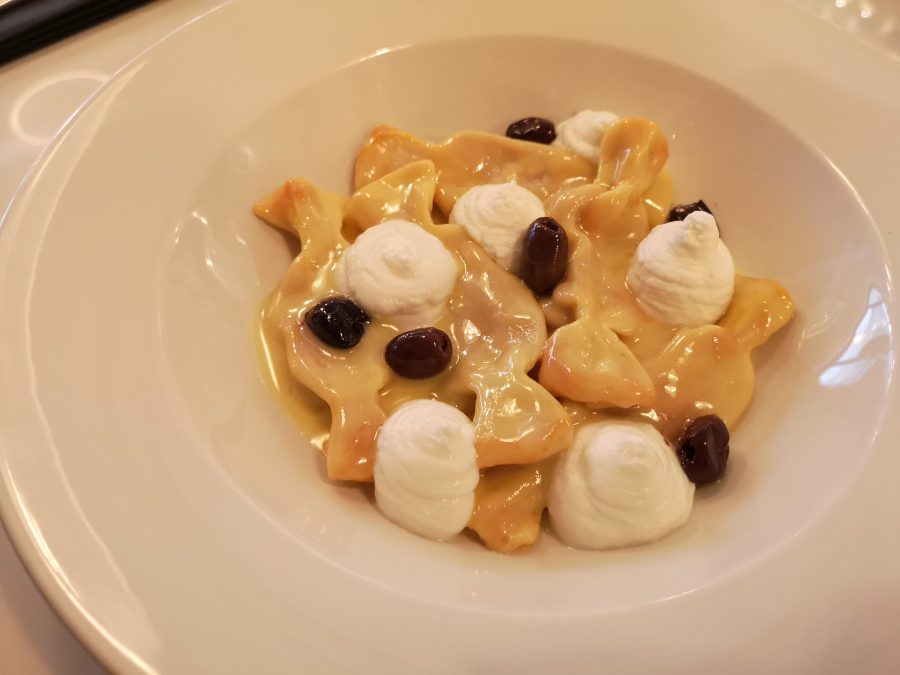 I’ve had worse food than Bancone but the problem is there’s so much choice for pasta in London right now. This simply wasn’t as good as any of those other places. Maybe we’ve reached pasta saturation? Who knows…