I first knew of chef Scott Barnard after eating his food at the now-closed restaurant at The Grove where he was sous chef. He then went on MasterChef the Professionals where he came second. I was excited then to hear he’s now running the kitchen at a new place called Crockers Chef’s Table. 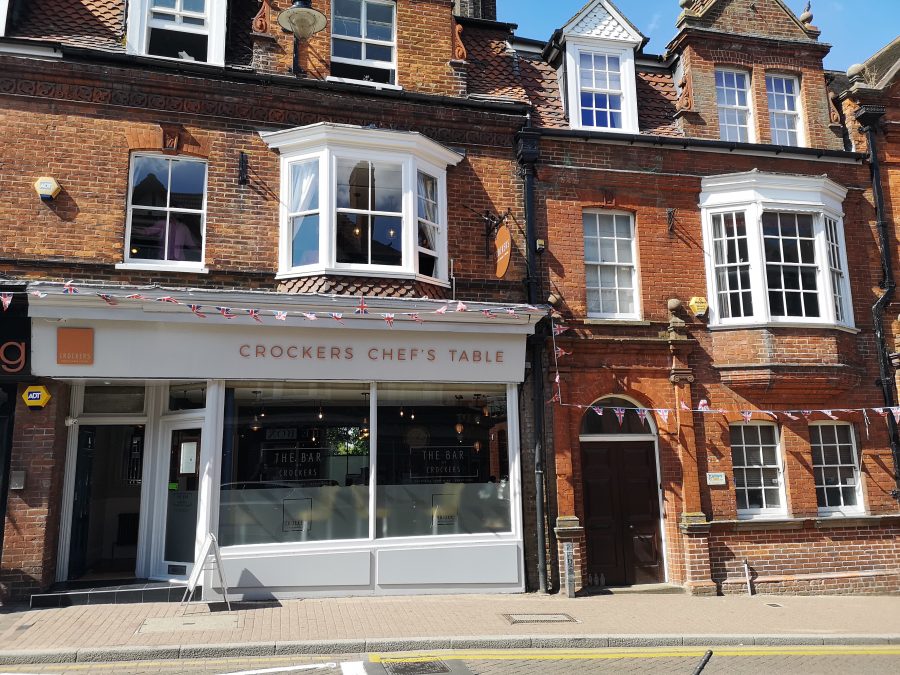 It’s an interesting set up; just 14 seats round the counter of an open kitchen where the chefs serve the dishes from a set tasting menu (£80 per person). This might seem quite ordinary for Mayfair or Soho but out in Tring, Hertfordshire it’s rather exciting. 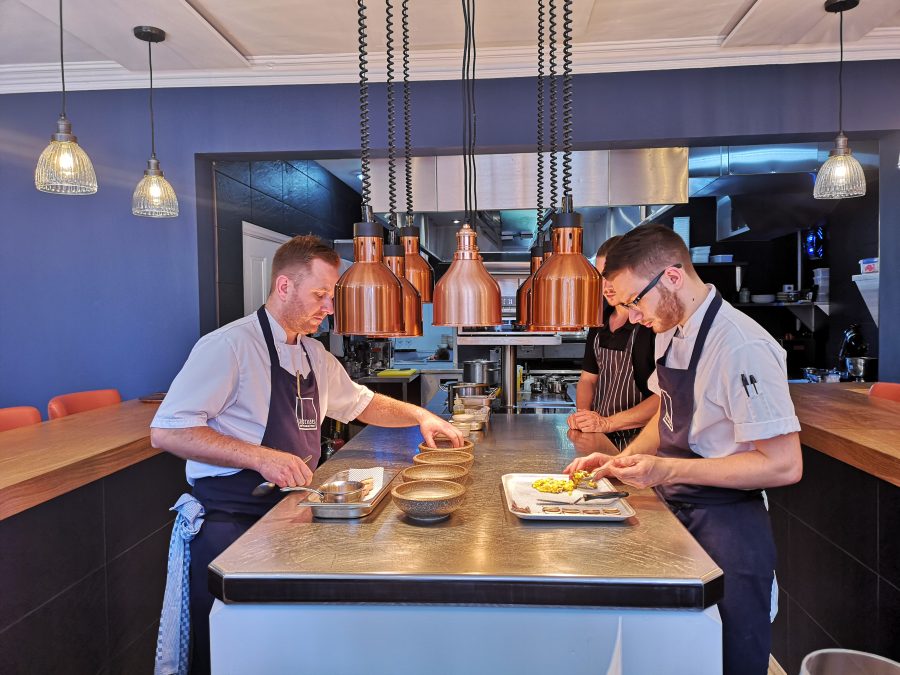 The most enjoyable part of Crockers is the fun; with the relaxed and chatty chefs it’s a masterclass in  how to run an open kitchen restaurant. The polar opposite to places like Brooklyn Fare which is all about the chef and bugger all to do with the diner.

After a selection of snacks, all beautifully presented and to be eaten with your fingers, some Tring Brewery Beer bread comes with a quenelle of exquisite Marmite butter. It’s whipped and as light as anything. When that much effort has gone into the butter you know you’re in for a treat. 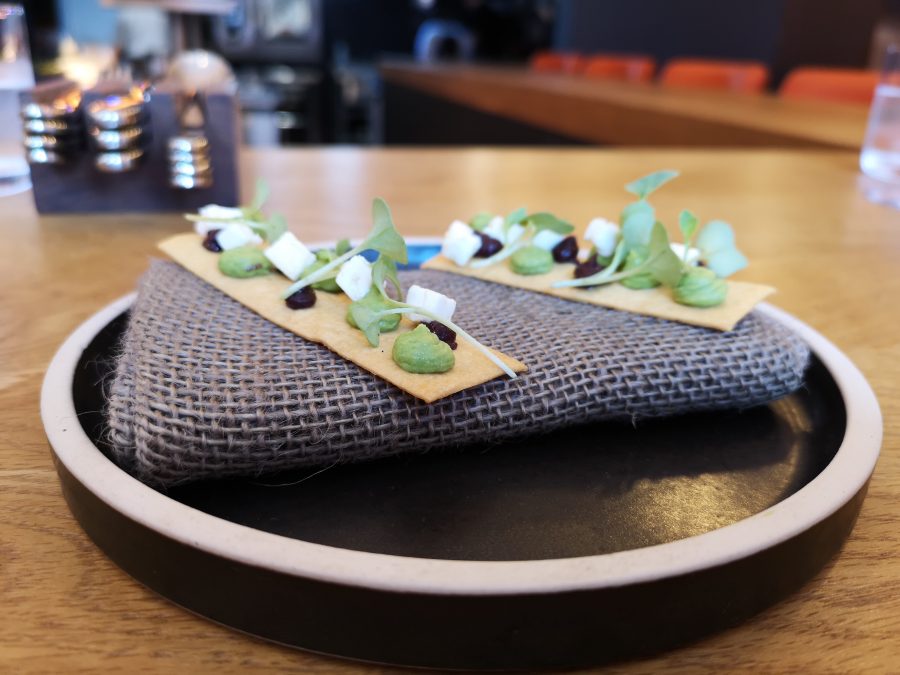 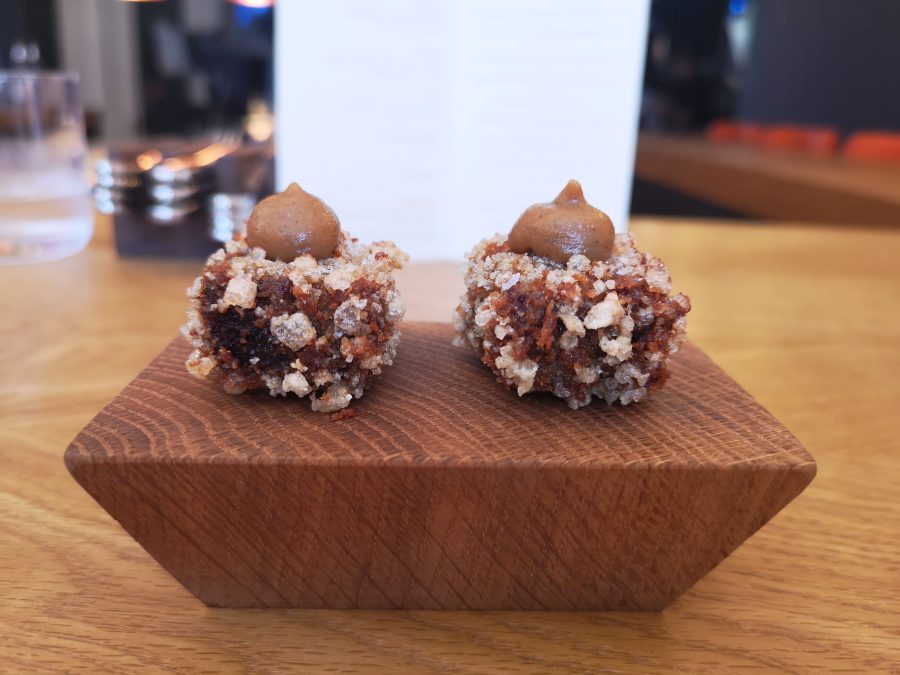 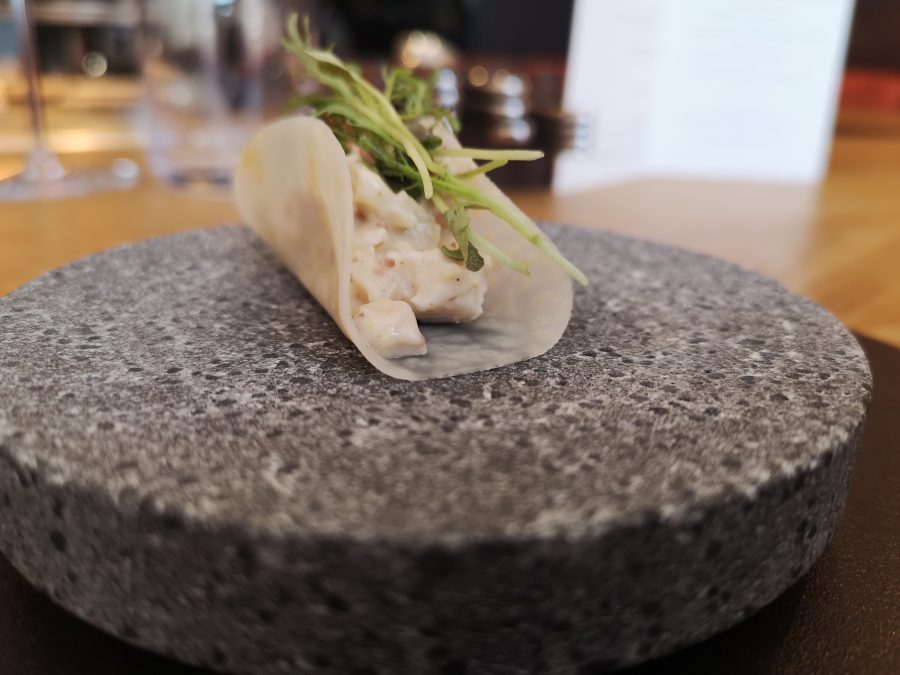 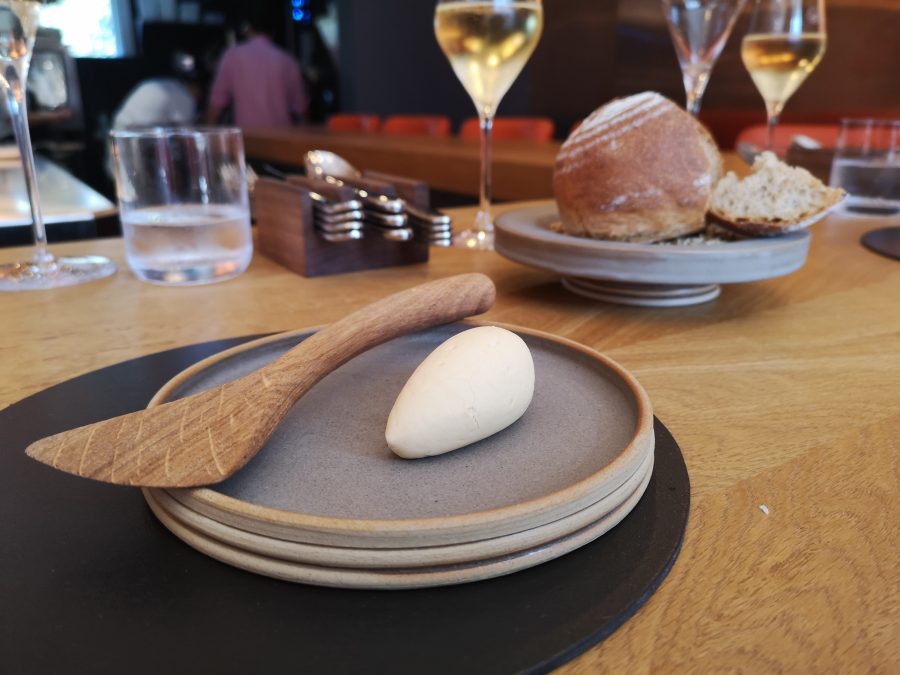 Teriyaki salmon has the texture of my belly, all soft and squidgy. There’s puffed rice for crunch and sesame seeds for a touch of nuttiness. A big fat scallop comes in a bowl of light broth. Thinly sliced raw mushroom add earthiness and a confit chicken oyster brings a delicate edge. 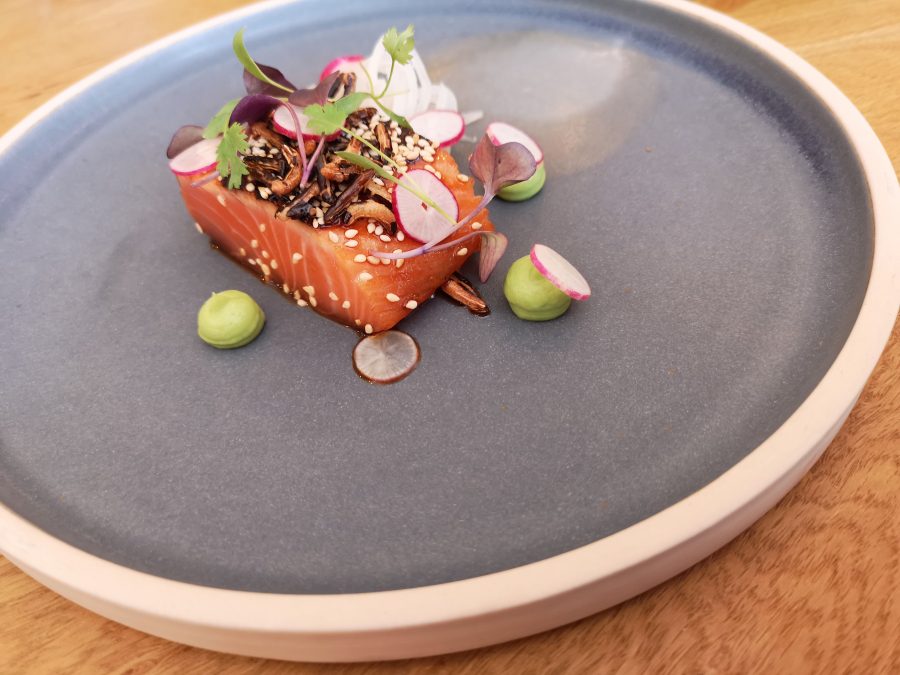 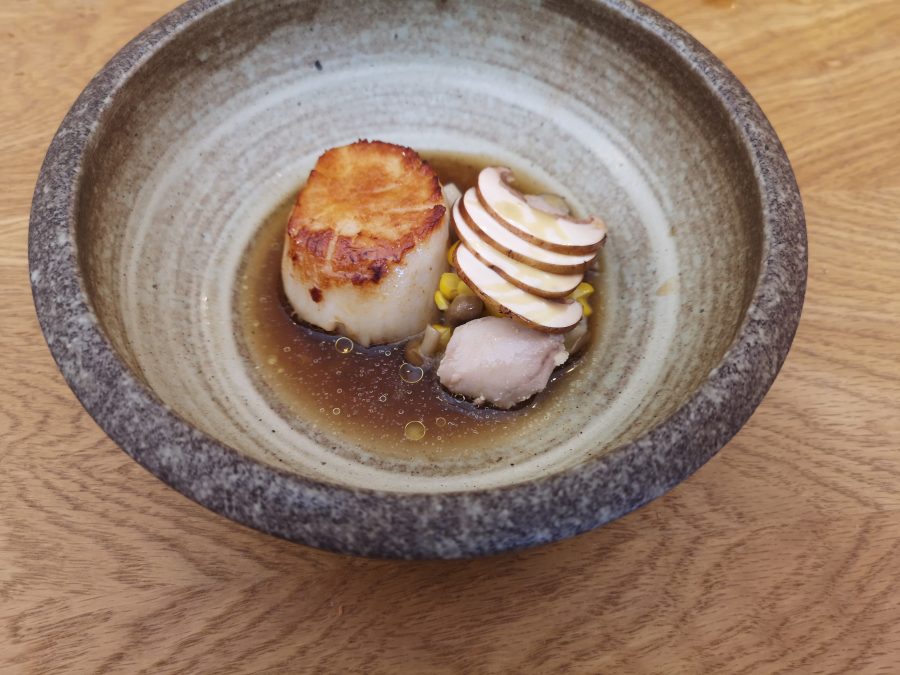 The star of the show is a wedge of salt aged Cumbrian beef, perfectly pink with a nice layer of crisp fat at the top. There’s gravy with a serious depth of flavour, crispy potato and raw turnip to cut through all the richness. 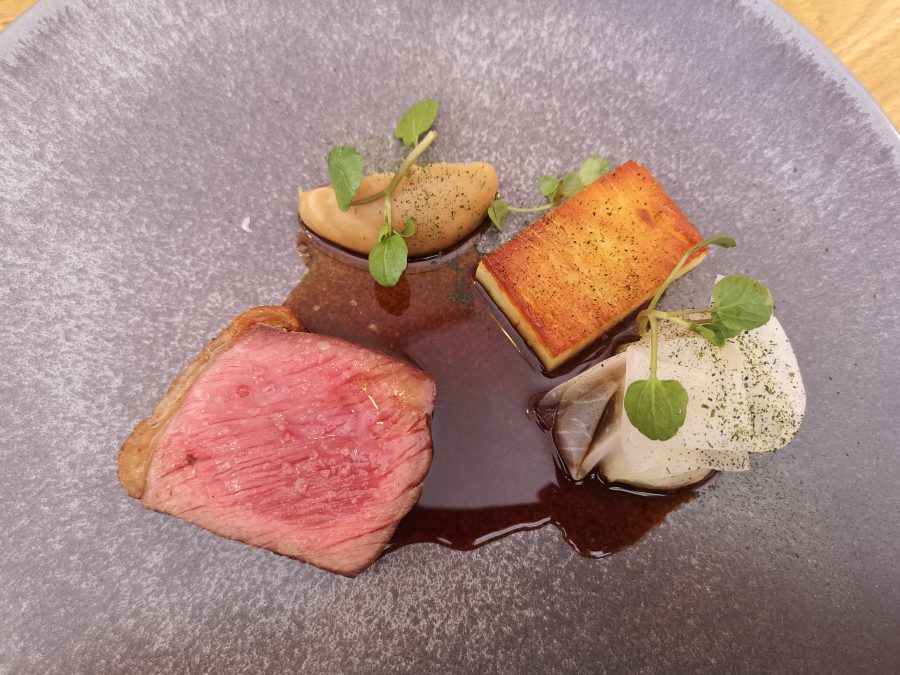 Cheese, called The Lancer, is made especially for Crockers. Scott blowtorches a thick slice of it atop toast and that’s it. Simple. No messing about. It has a brie quality to it but much stronger in flavour. 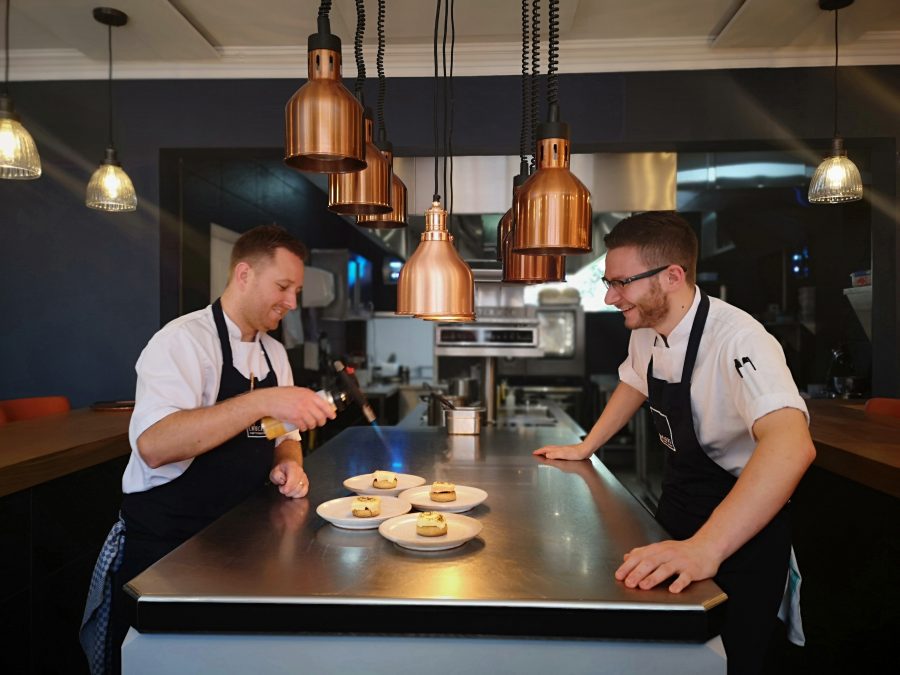 Pudding blends white chocolate, raspberries and pink peppercorns in a way that makes me wonder why I’ve never come across the pairing before. It’s both sweet, sharp and spicy all in one hit. A gorgeous looking thing too. 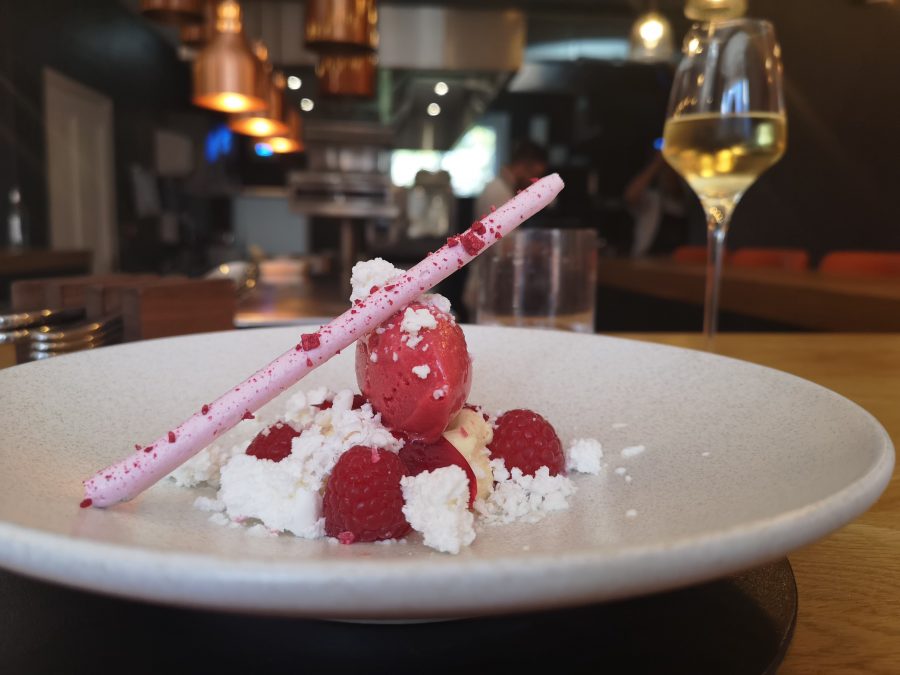 The food at Crockers is the sort you want to eat. It doesn’t challenge or make you question your palette. It’s just bloody delicious. With the Michelin Guide announcements just around the corner, I wouldn’t be surprised if Tring gets its first Michelin star.

Crockerstring.co.uk
We dined as guests of the restaurant