Harry’s Bar on James Street (just by Selfridges) is inspired by its namesake, the fancy Mayfair private members’ club Harry’s Bar, that opened on South Audley Street in the 70s. 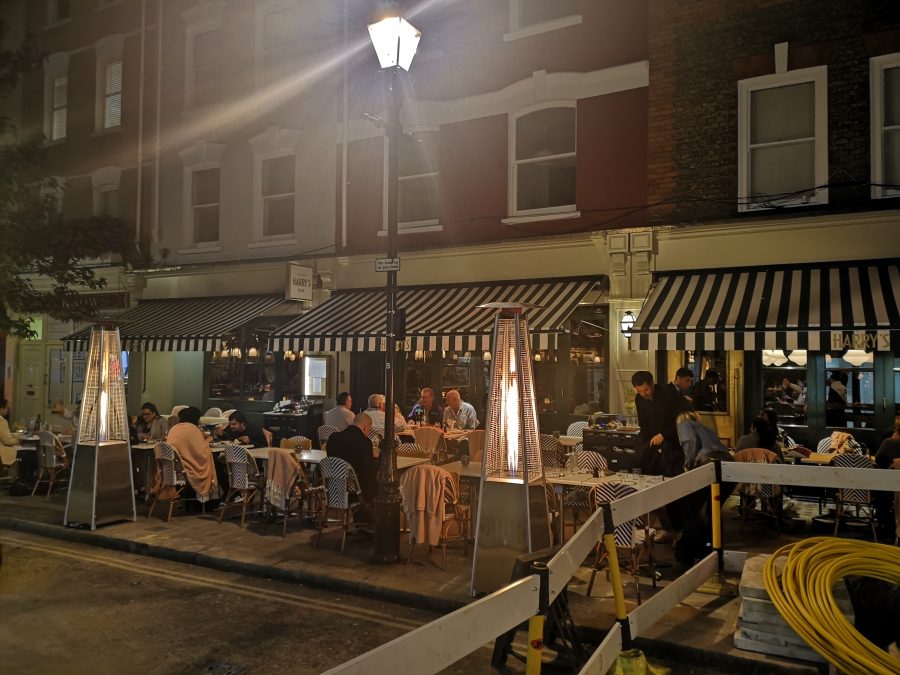 It’s the brainchild of Richard Caring. He’s been rolling out Ivy Cafés/Brasseries/Grills like there’s no tomorrow and I imagine he’ll be doing the same here. But panic not, this ain’t no crap chain. It’s rather lovely. 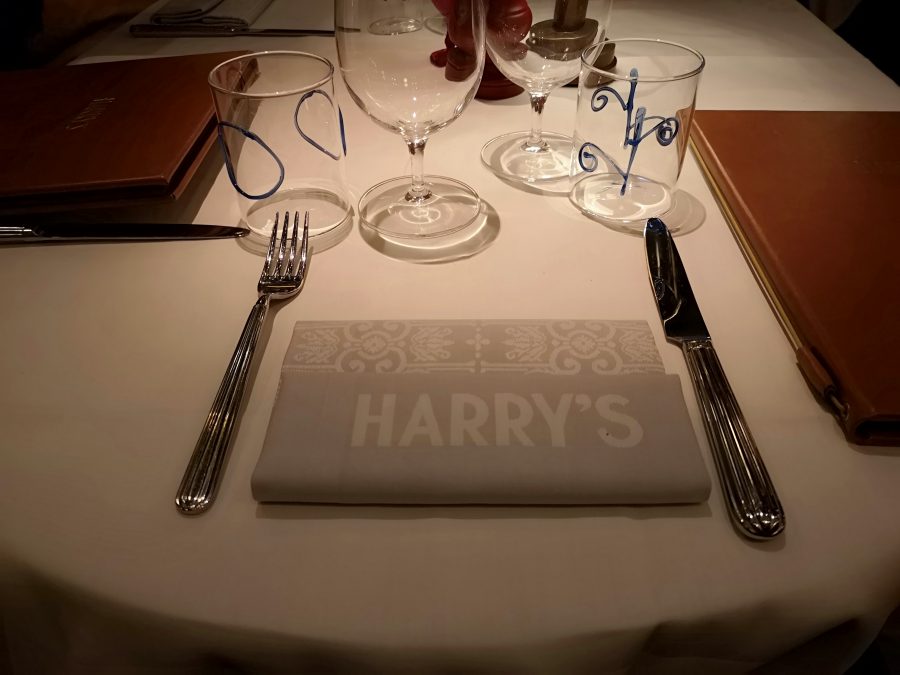 Inside it’s gorgeous. All dark wood panelled walls and ceiling. Slightly cramped in all the right places. Servers are immaculately dressed. Fresh flowers sit on every table. There’s opera playing. 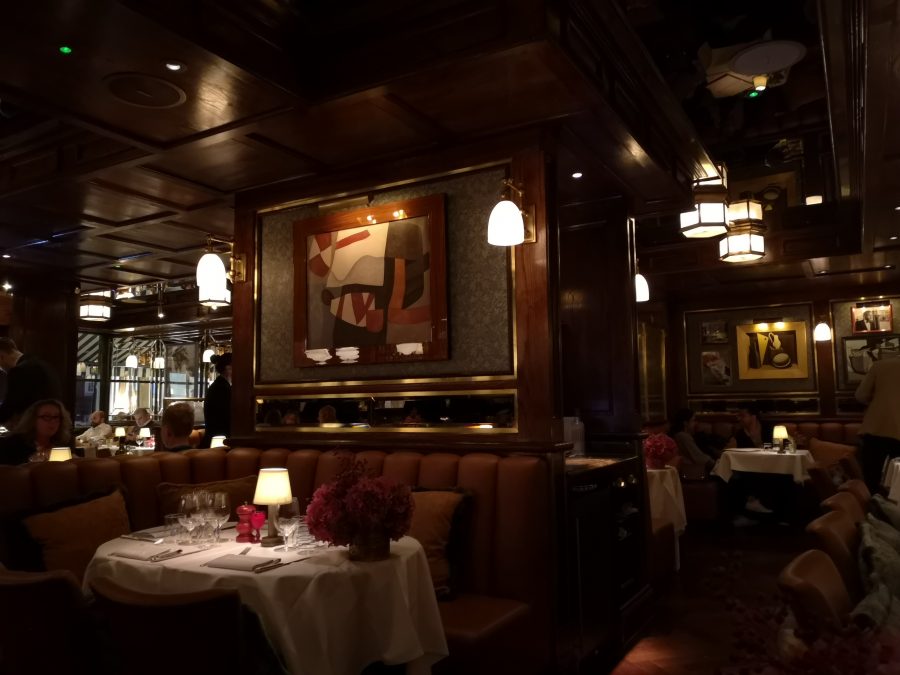 To start we share a tuna pizetta (£6.95), which sees raw tuna and truffle atop little crisp breads, and courgette flowers (£8.95), fried crisp with honey, mint, pine nuts and ricotta. Both are lush. 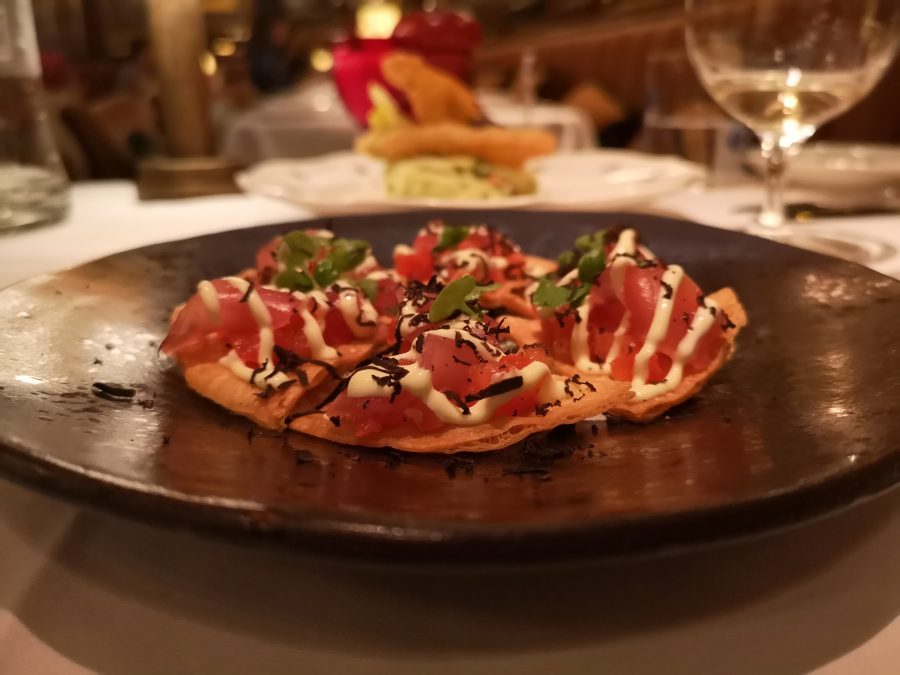 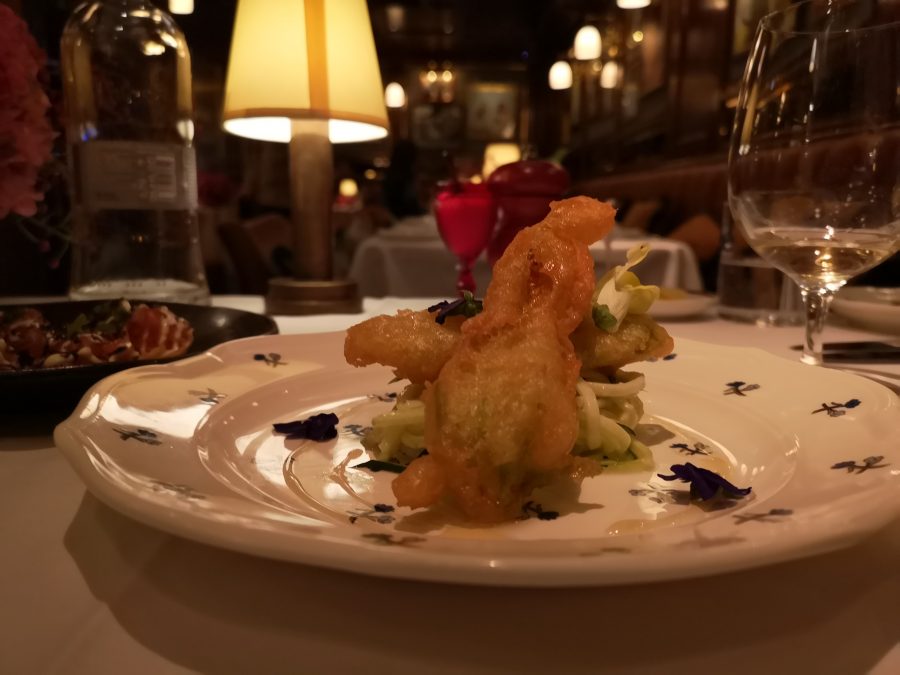 A must order is Harry’s Tagliolini (£12.50). It comes in a separate pan which is then transferred to a plate at the table. The pasta has a cheesy crust and the spaghetti-like noodles are slathered in cream, parmesan and truffle. SWOON. 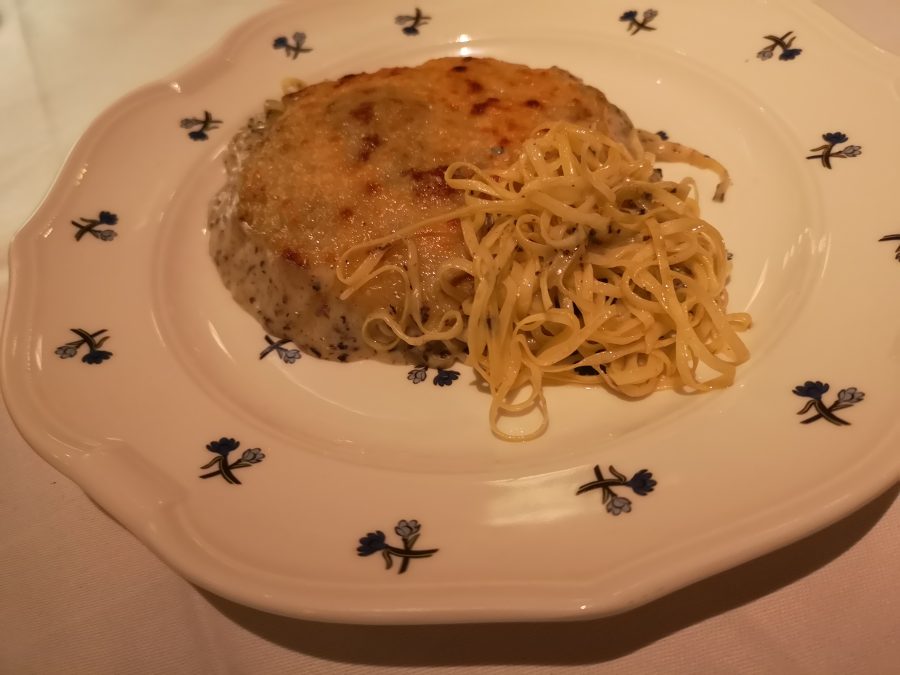 For main, pollo milanese (£16.95) is a plate of thinly beaten chicken, breadcrumbed and fried, with rocket and datterini tomatoes. It’s simple but delicious. A side of olive oil and parmesan mashed potato (£3.50) needs a little more oil (they sell bottles of the stuff) but it’s still exquisite. 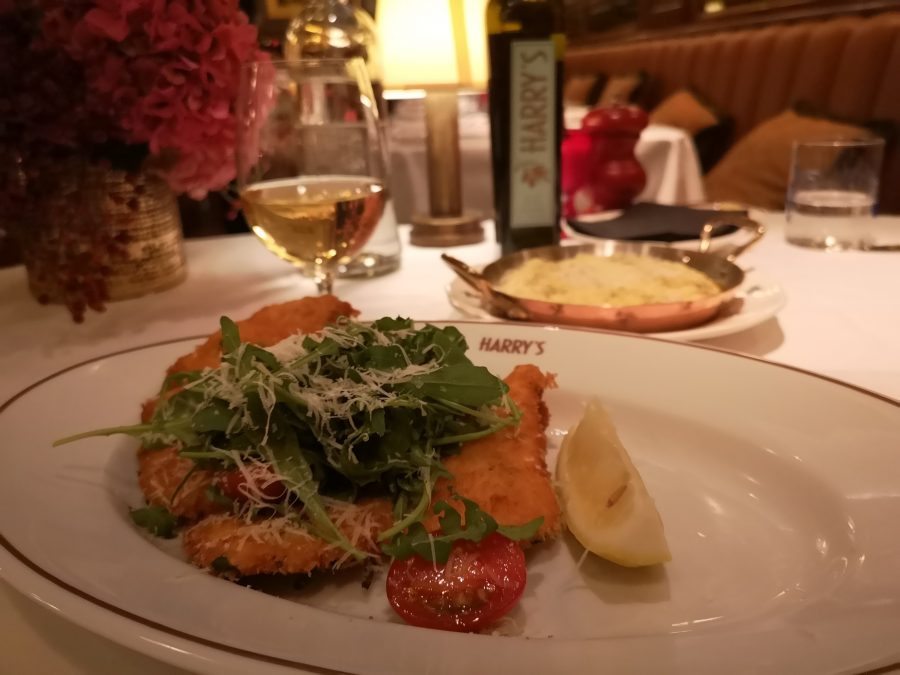 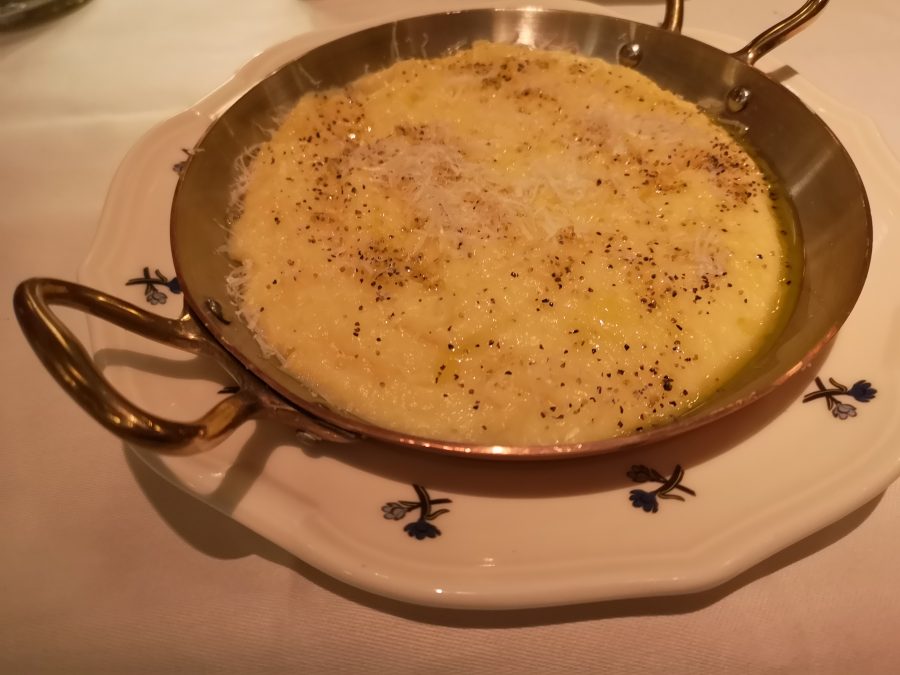 Something a little lighter is a salad of burrata with warm chargrilled vegetables and basil pesto (£15.95). The burrata bursts to reveal its gooey innards. Its quality: top notch. 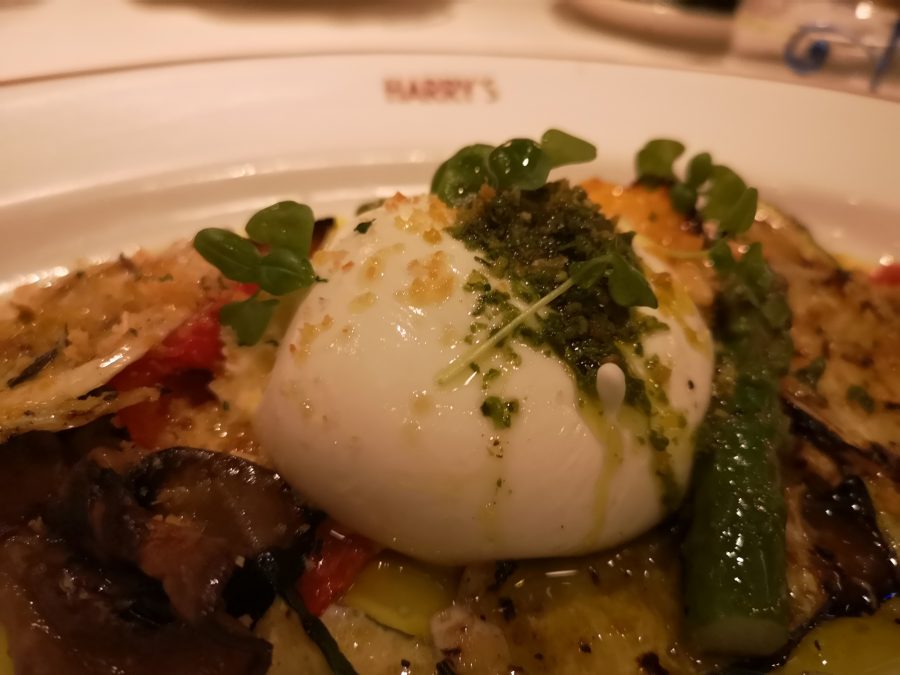 We’re stuffed so can only manage ‘Gelato Cicchetto’ (£3.95); that’s one scoop of olive oil and rosemary gelato with crushed smoked almonds finished with Harry’s olive oil. It’s really quite special. 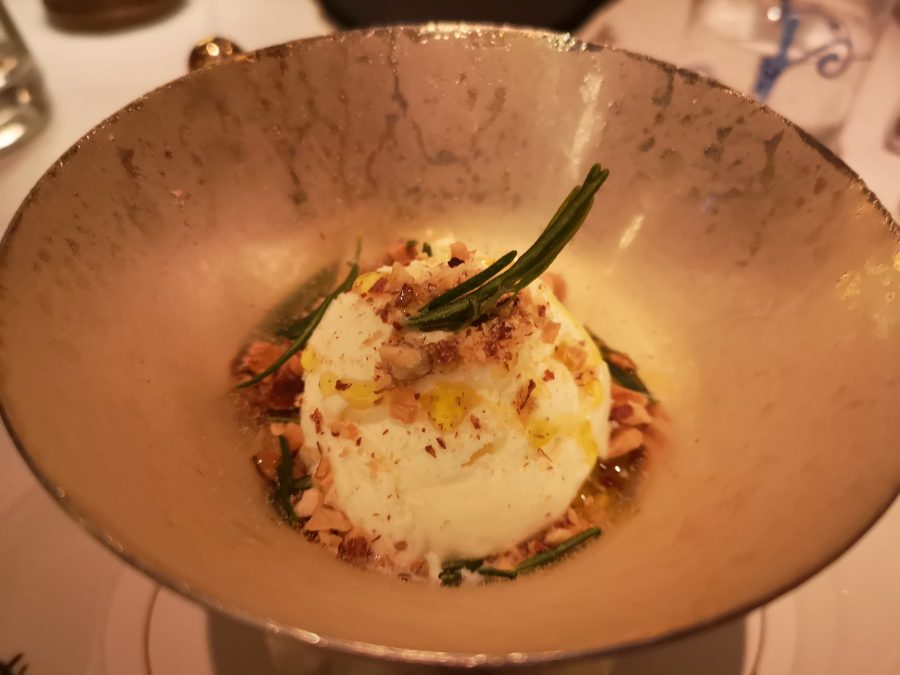 There’s something rather marvellous about Harry’s Bar. It’s potentially a tourist trap but the whole offering feels generous with them interested in people having a nice time. This is definitely one for your list.

Harrys-bar.co.uk
We dined as guests of the restaurant