This is the original Hakkasan, based, you guessed it, in Hanway Place, which is a piddle-riddled alley just behind Tottenham Court Road. The Hakkasan restaurant empire has grown to 12 restaurants worldwide but this one has been here since 2001. 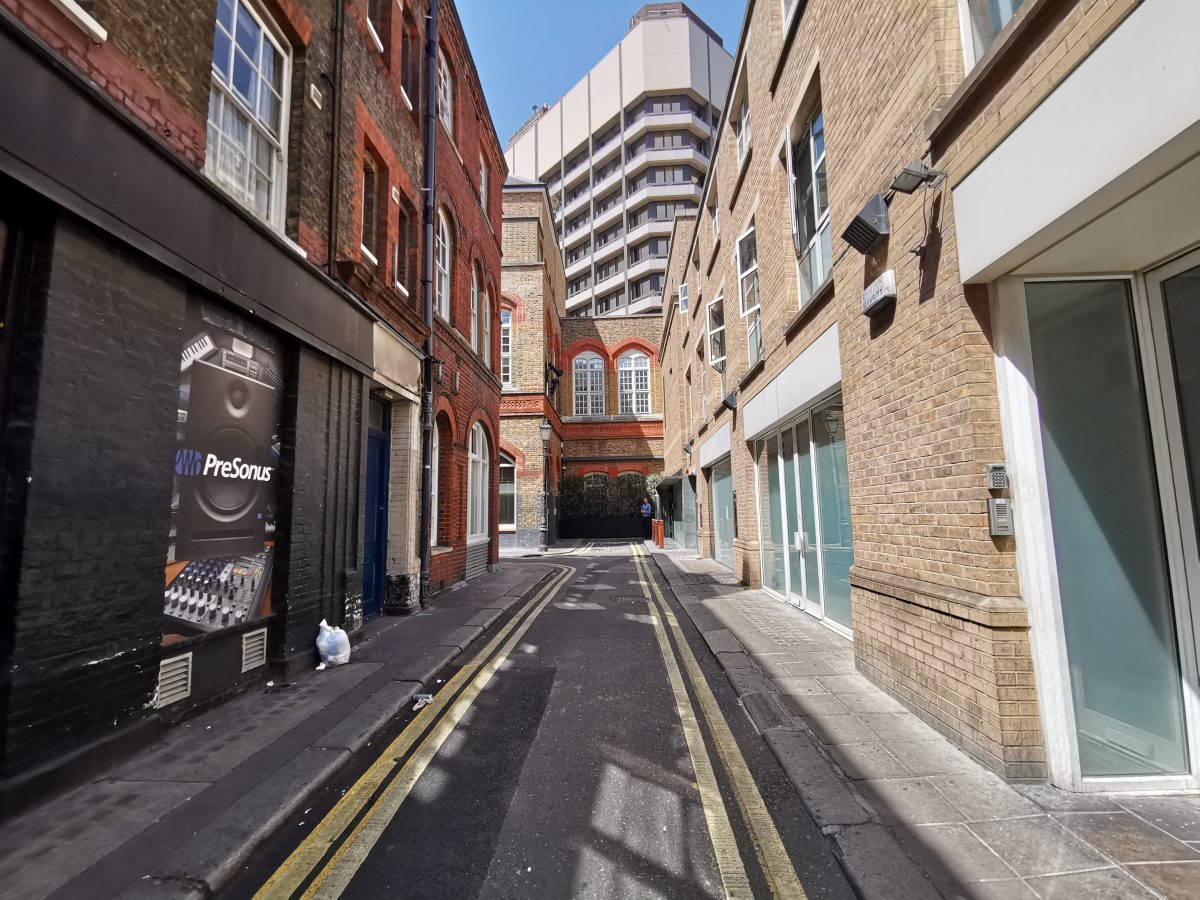 On one of the hottest days of the year, there is no finer place to have lunch than in Hakkasan’s air conditioned basement. Outside it’s a sauna, down here it’s a walk-in fridge. It’s dark too, with spotlights shining on the middle of each table. Spotlight aside, you can’t see much, it’s that dark. 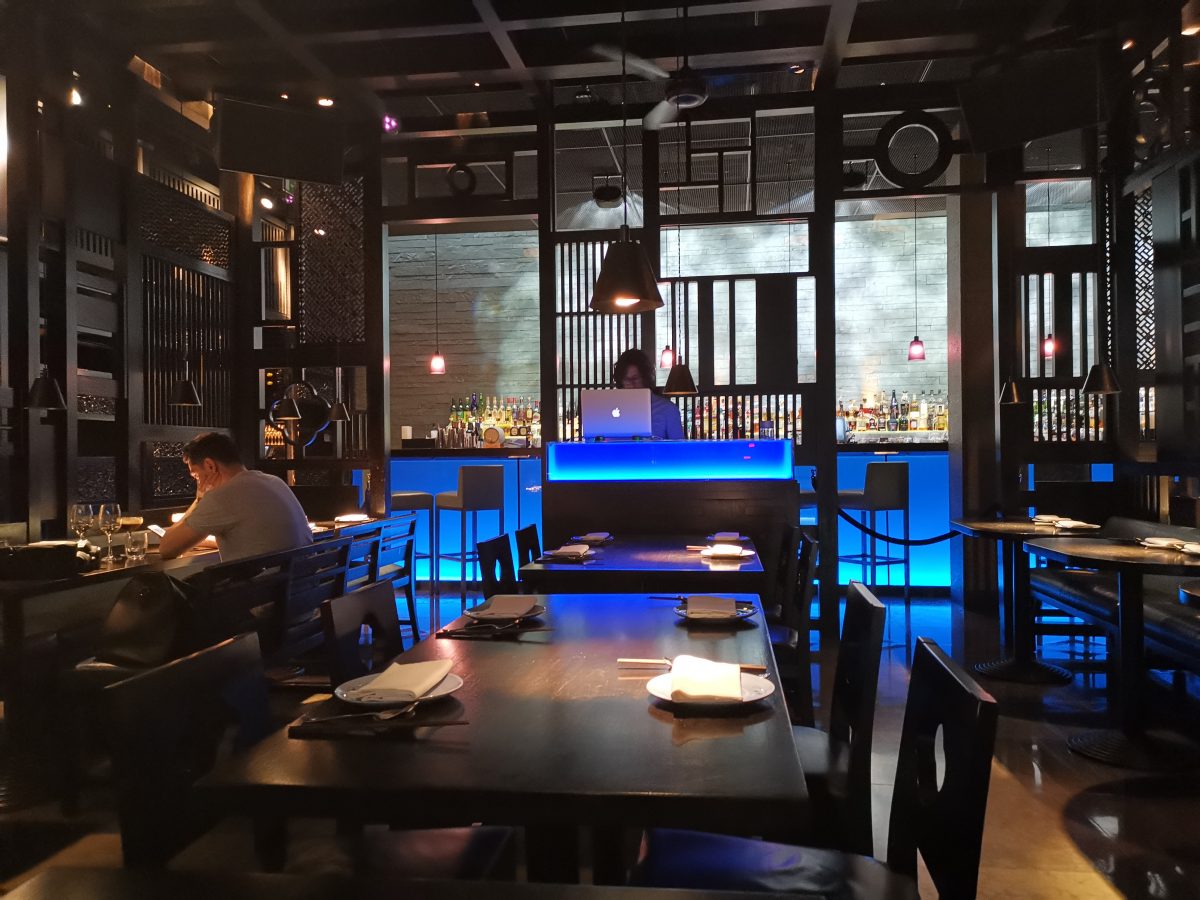 We’re here to try the new ‘Character’ set lunch menu priced at £55 a person, which is decent value for Michelin-starred Cantonese food. Plus you get two cocktails and half a bottle of wine per person. We start with a Hakkasan signature dish of duck salad mixed at the table. The contrast of crisp, fatty duck and sharp pomelo is revelationary. 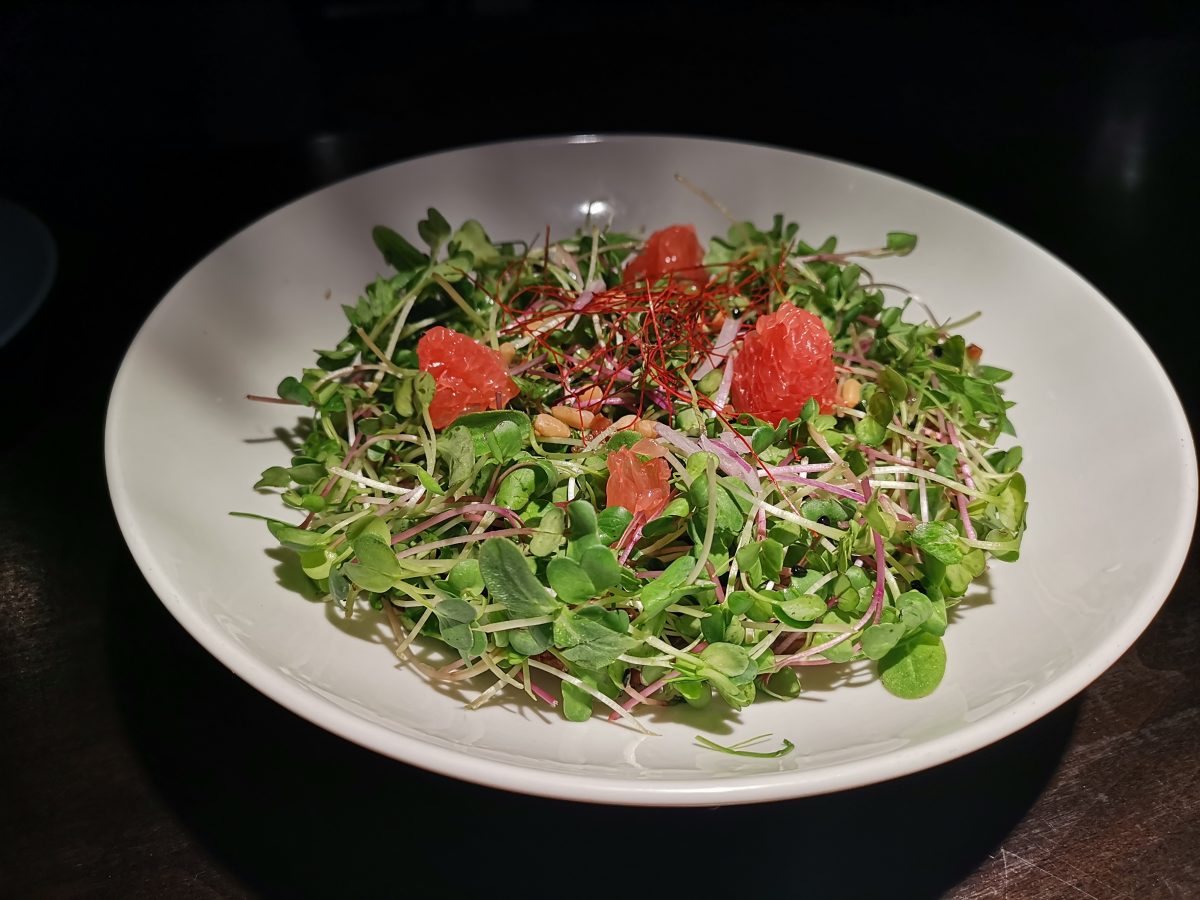 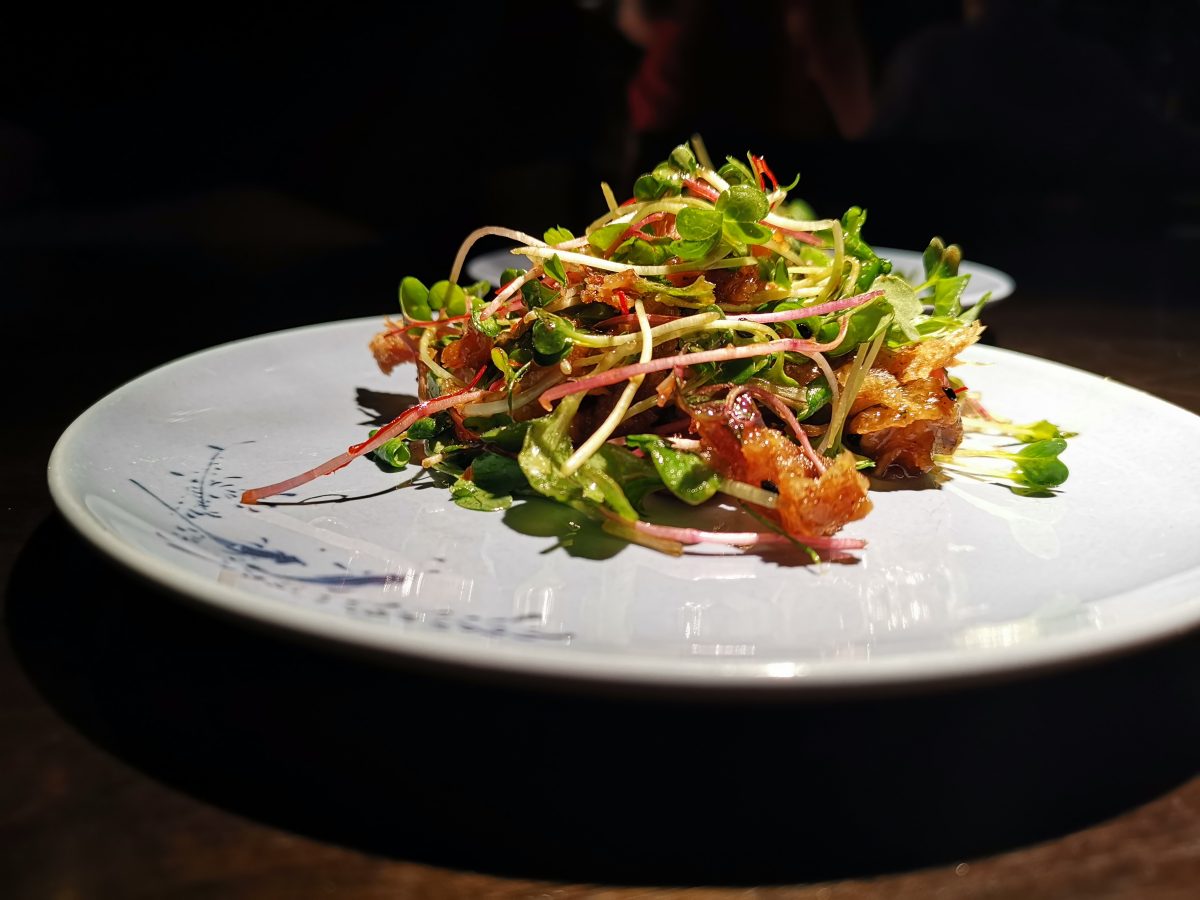 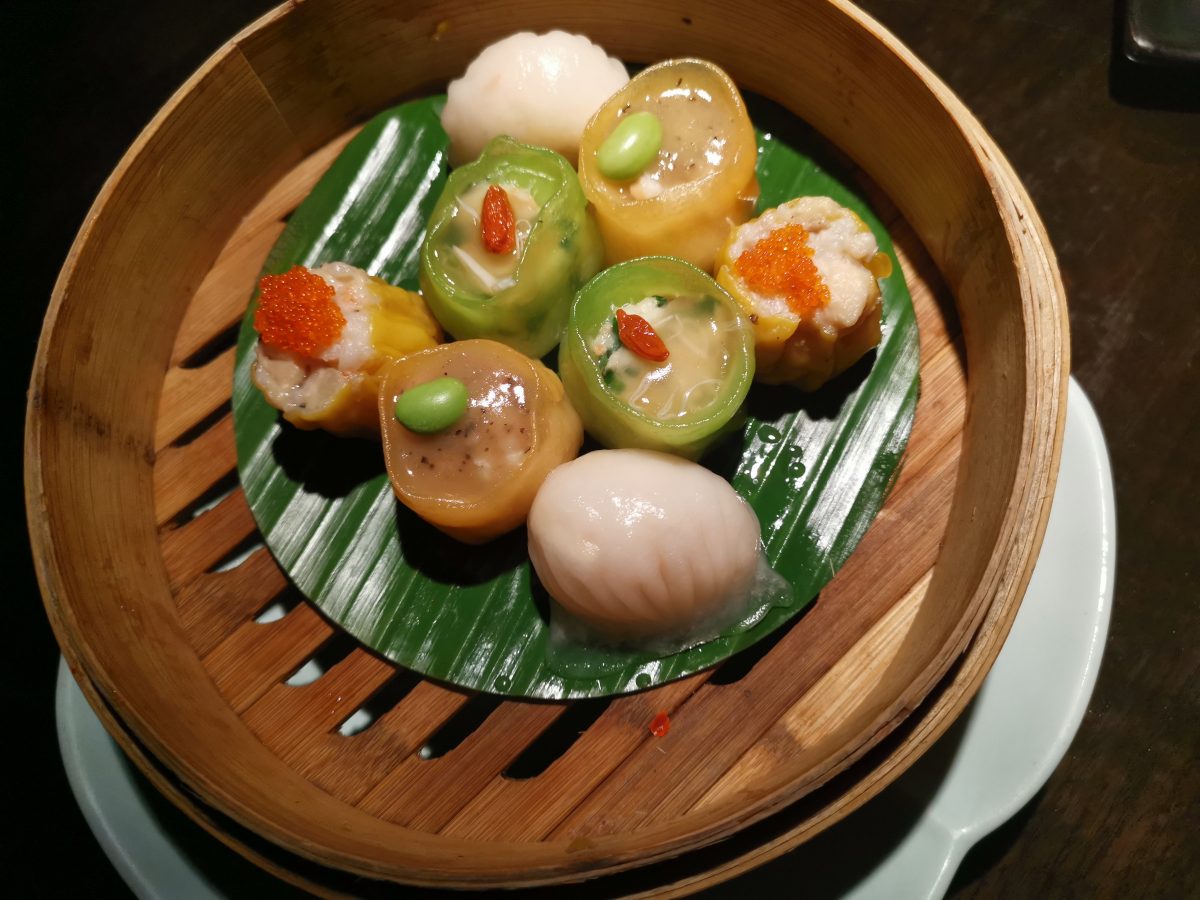 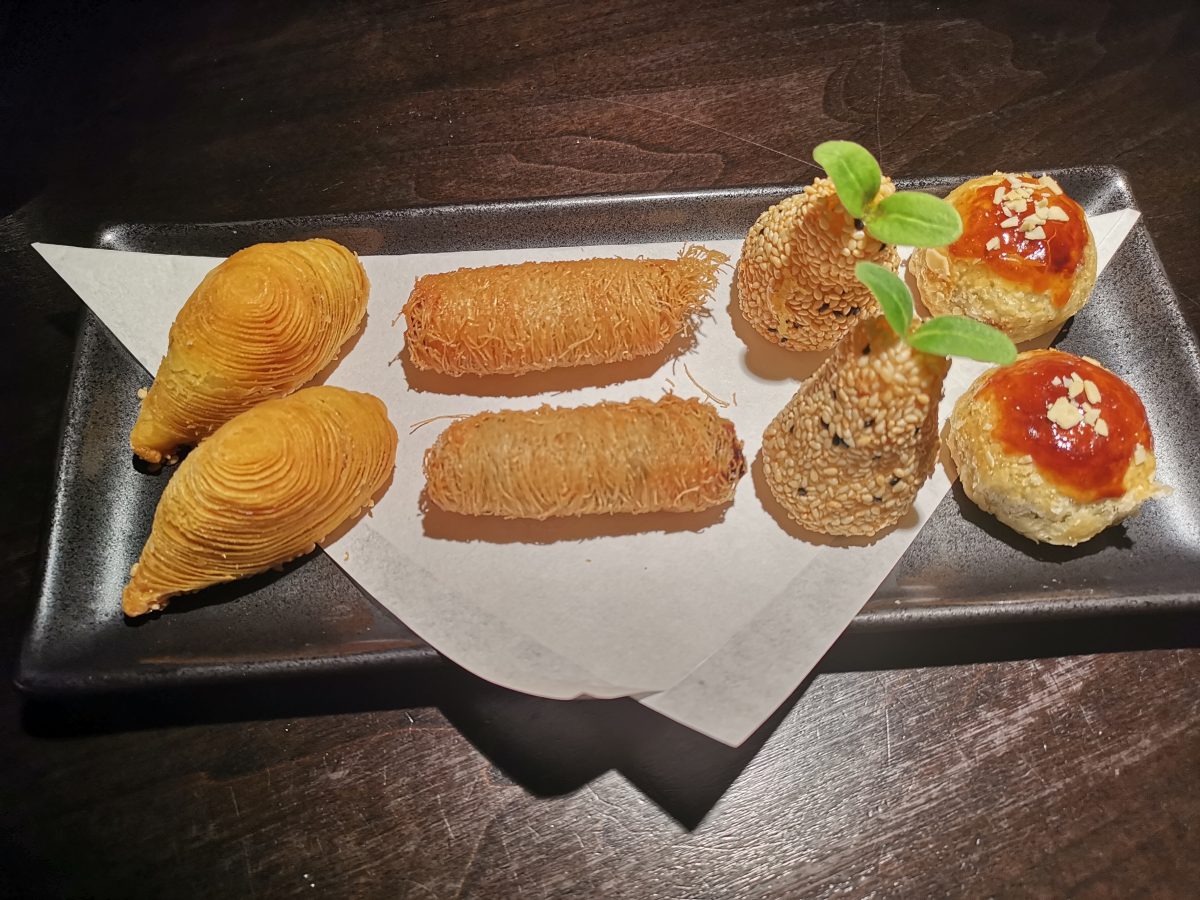 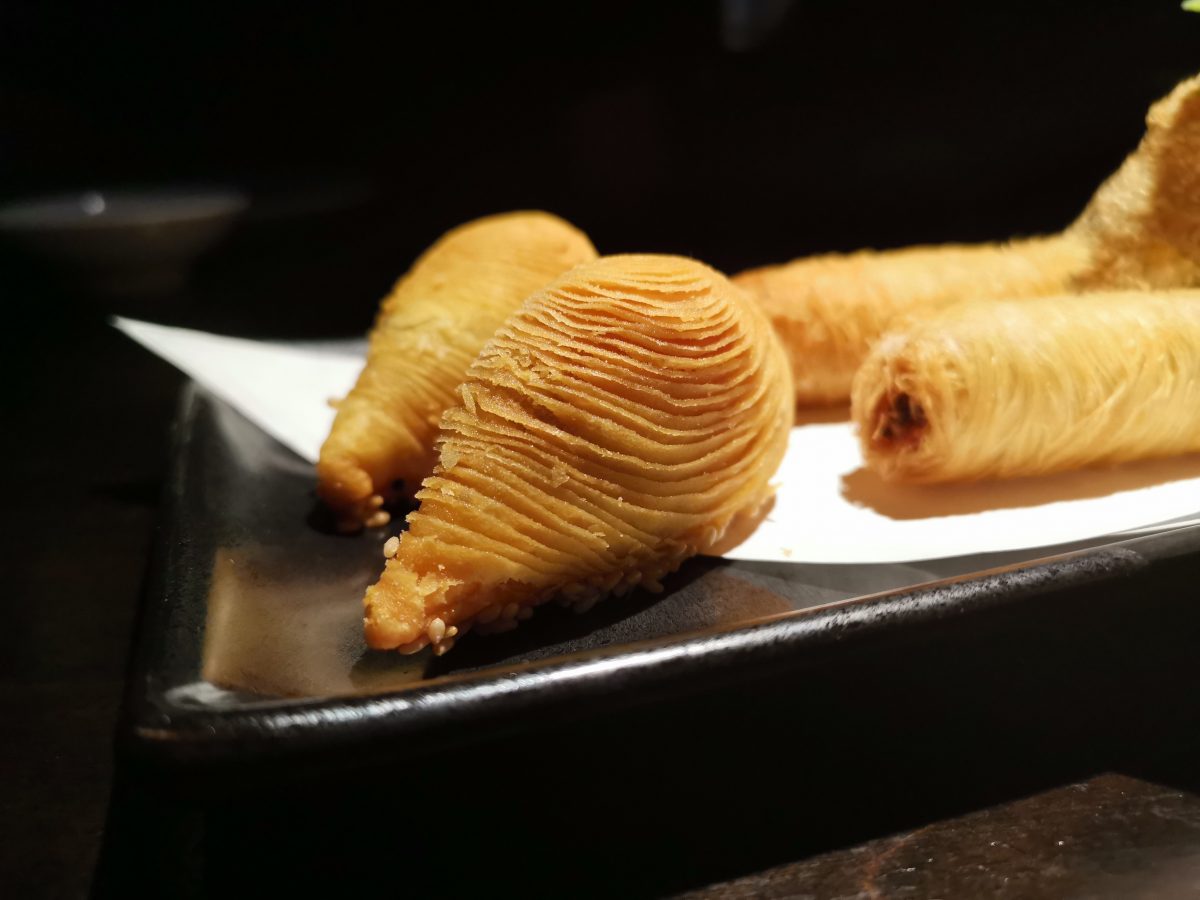 Two main dishes come with spring onion fried rice and chunks of crunchy asparagus. Stir fry black pepper rib-eye cooked in Merlot could do with with a little more of that sticky red wine sauce as it’s so good. Spicy prawns with lilly bulb (lilly bulb?!) and almond has an almost korma-quality to it which is moreish as anything. 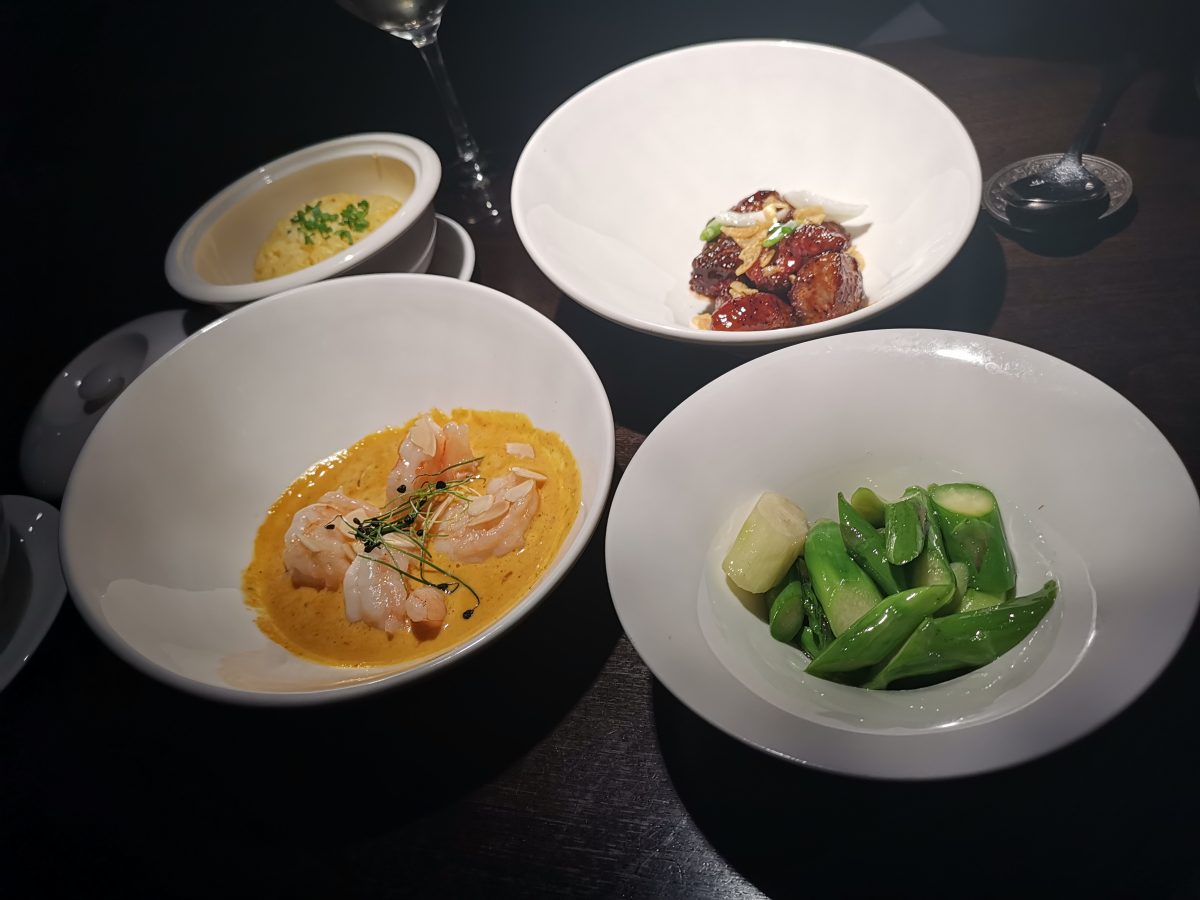 Dessert is a highlight. Possibly of the year. A warm chocolate sauce is poured over a chocolate disc which melts to reveal more chocolate which is then scooped into a bowl of fresh mandarin and mandarin granita. A joyous bowl of sweet heaven it certainly is. 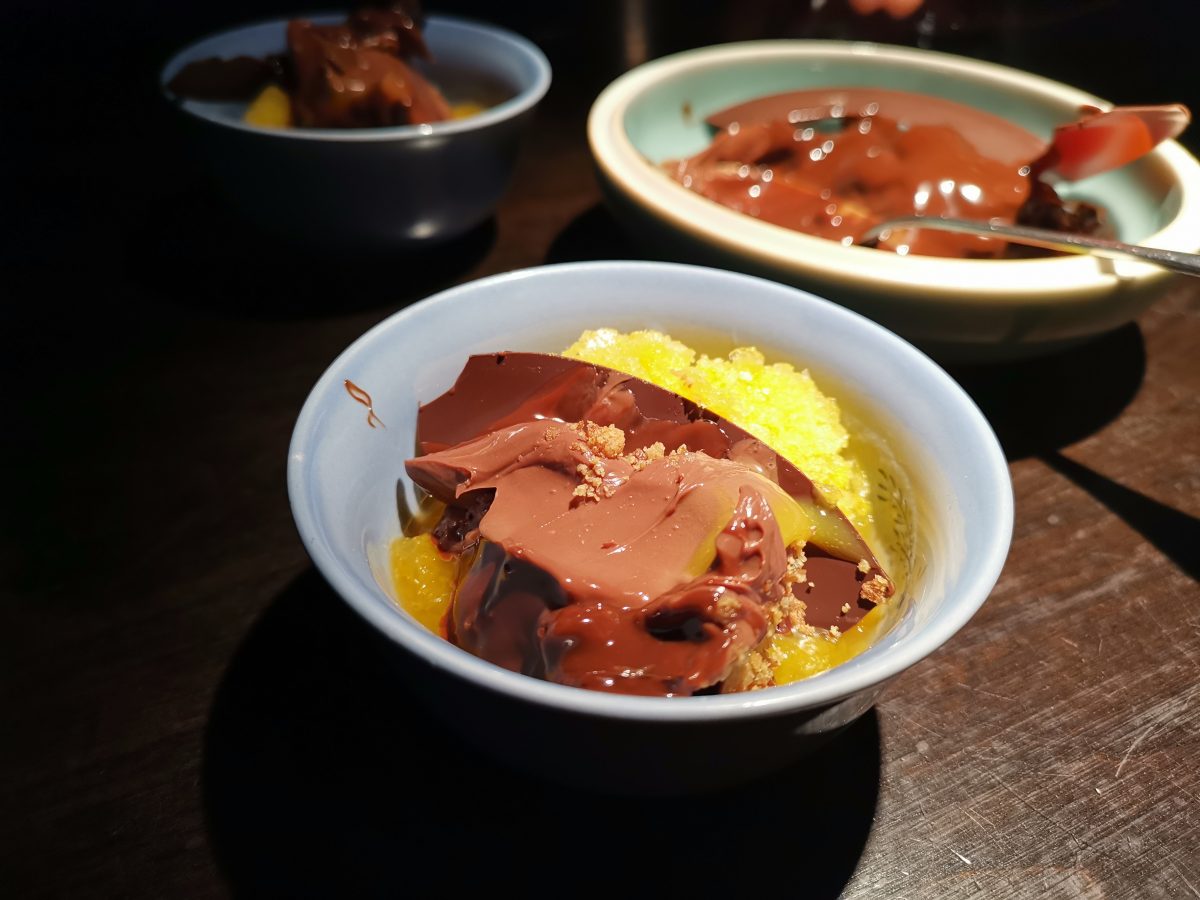 Hakkasan is one of the originals, it’s been around for yonks, so it’s nice to see they’re still playing at the top of their game. It’s not just me who thinks it: they had 400 booked for dinner that night. All enjoying some of the finest air conditioning and dum sum you’ll find in London.

Hakkasan.com
We dined as guests of the restaurant