The pairing for this new restaurant inside London’s Cheesegrater, or Leadenhall Building as it’s officially known, is my dream team. It brings together the restaurateur behind Bob Bob Ricard; that ultra glitz, all-booth Soho stalwart, and Eric Chavot, whose French food I fell in love with at the now-closed Brasserie Chavot. 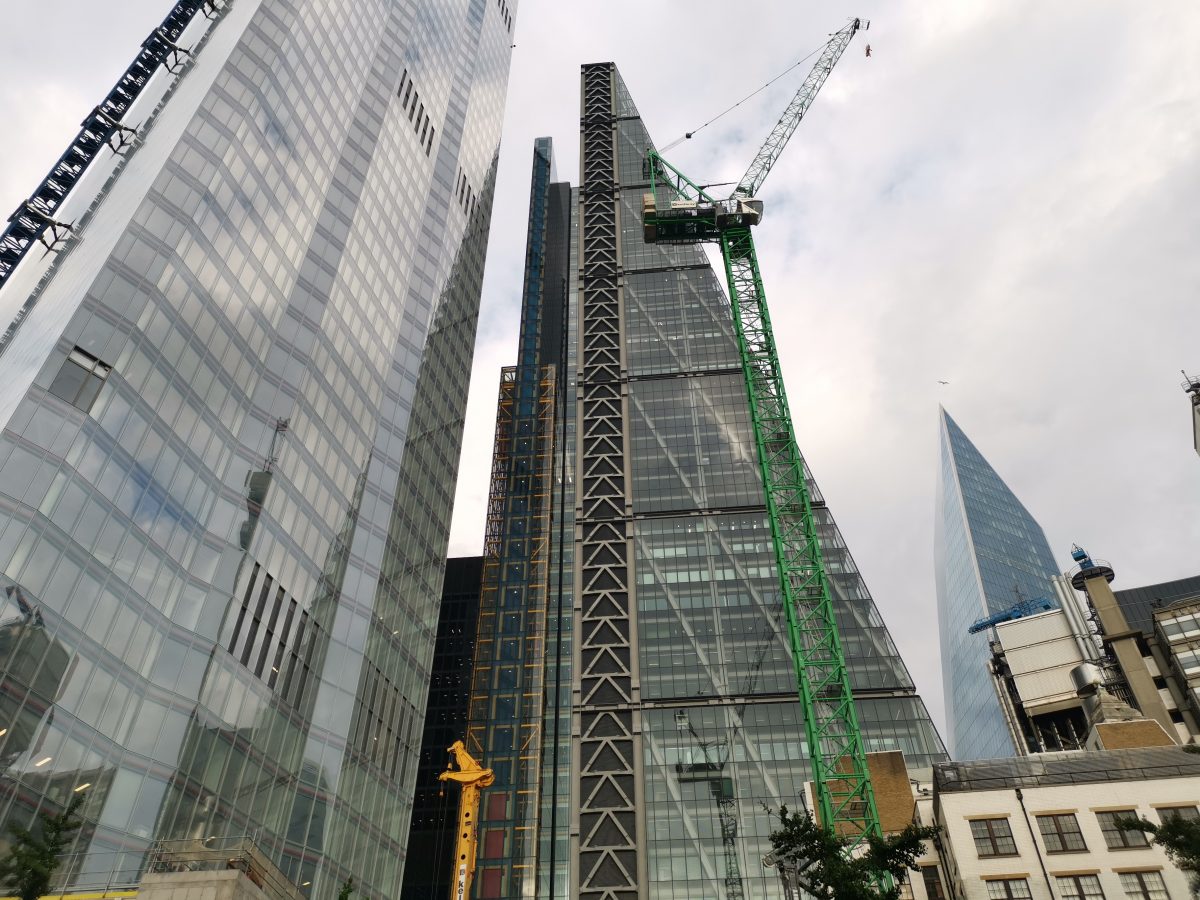 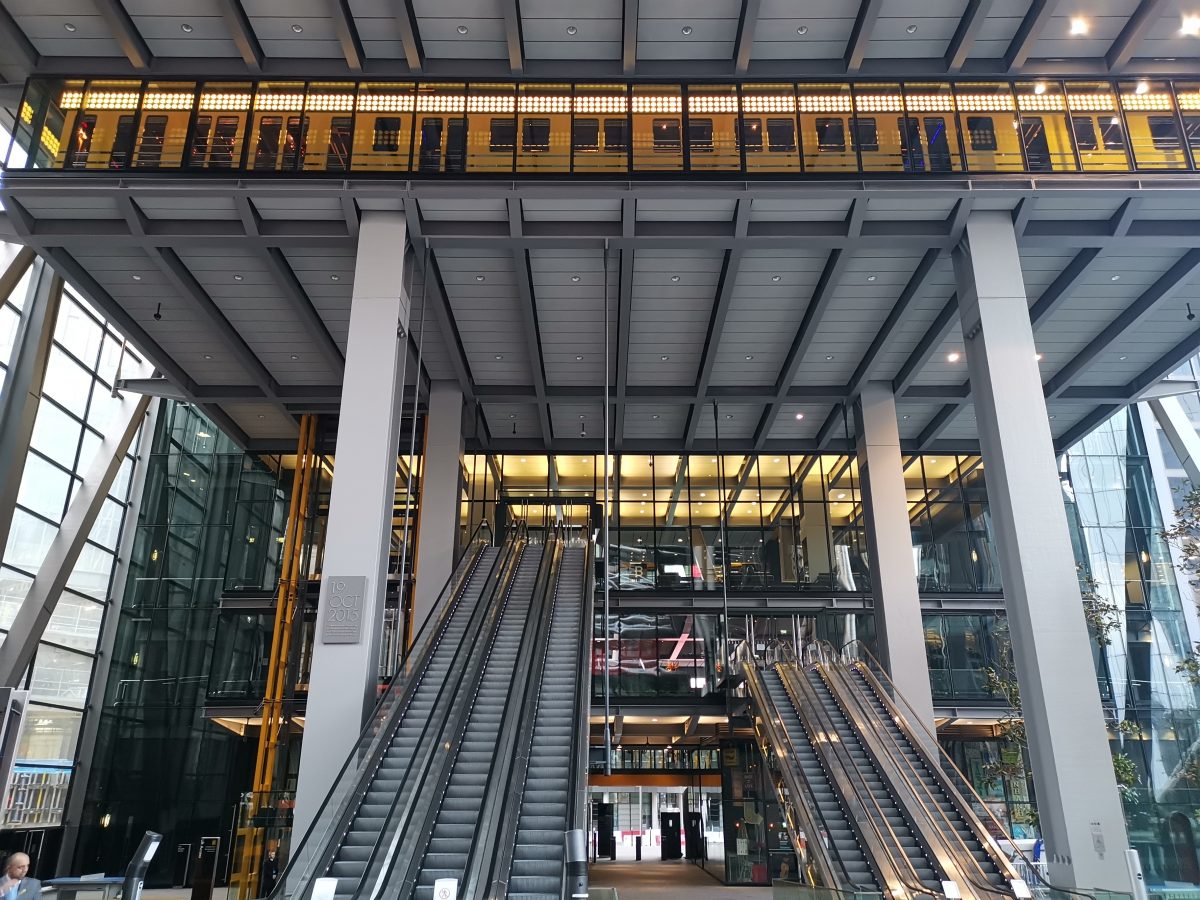 Lovers of Bob Bob’s pomp will wet their undies when they step inside this stunning space. It’s so shiny and flash. We start with a glass of Krug in the loungewhere you stare at Magnums, Jeroboams and even Methuselahs of bubbly. 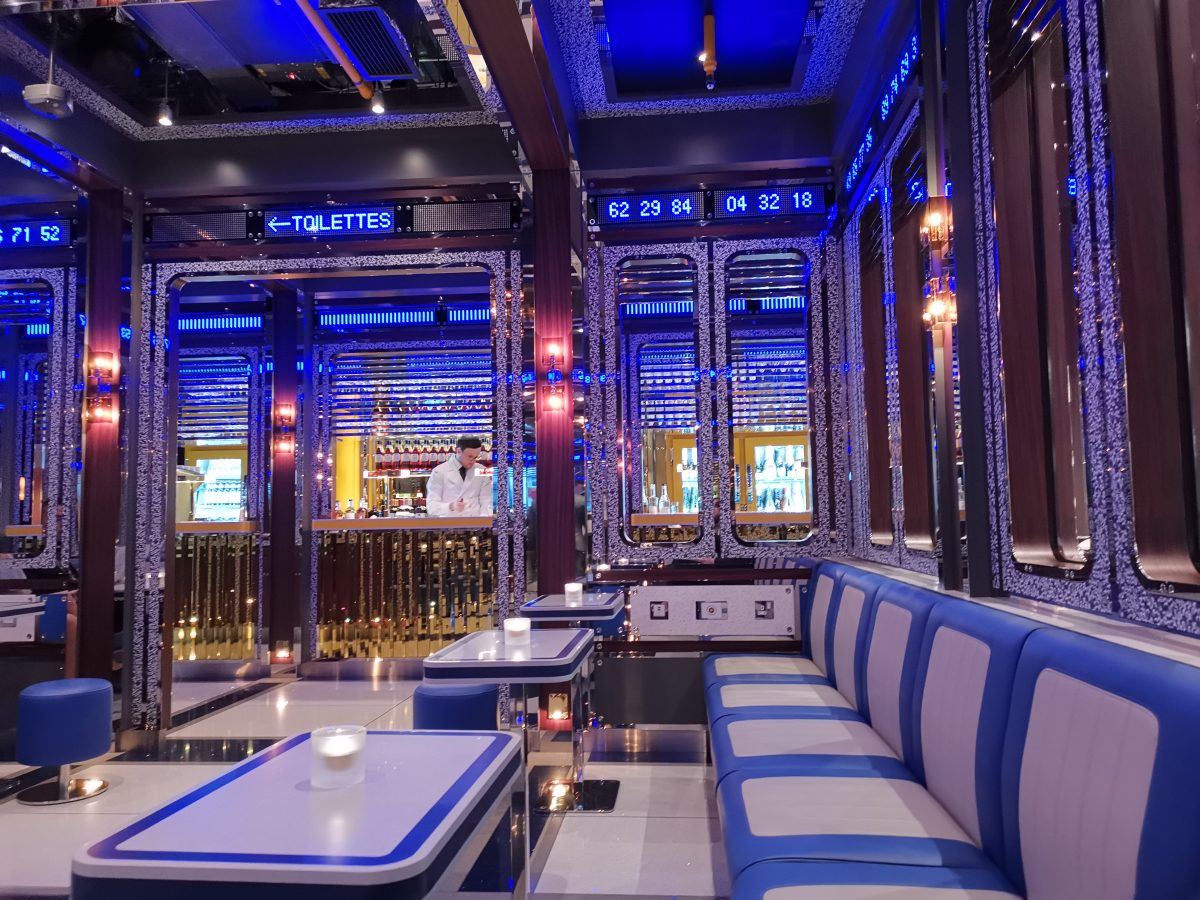 In the all-blue dining room, nearly every table is a booth for four, seemingly styled on a chic 1950’s airport lounge. Round the top of the room a Stock Exchange-esque numerical ticker flashes your table number when you hit the ‘Presser Por Champagne’ button. £25m has never better been spent. 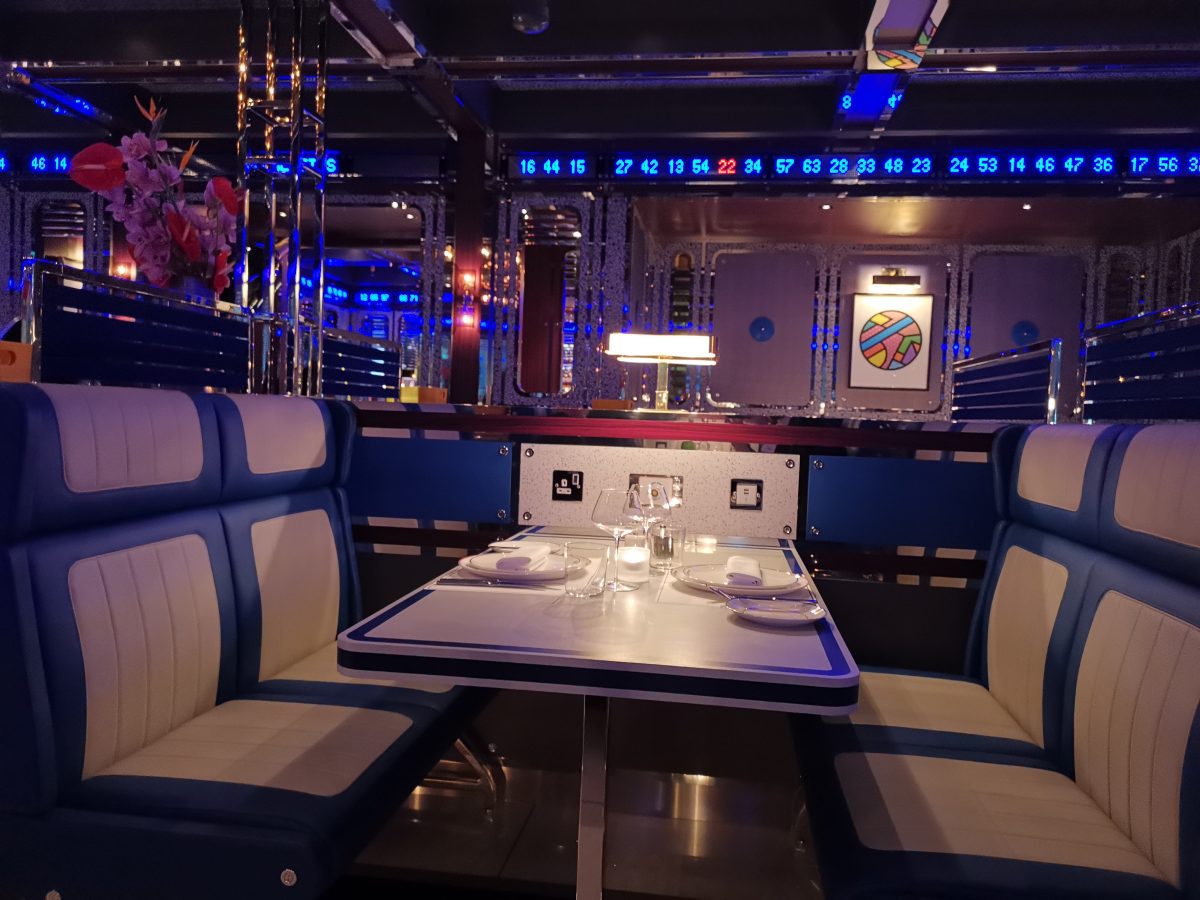 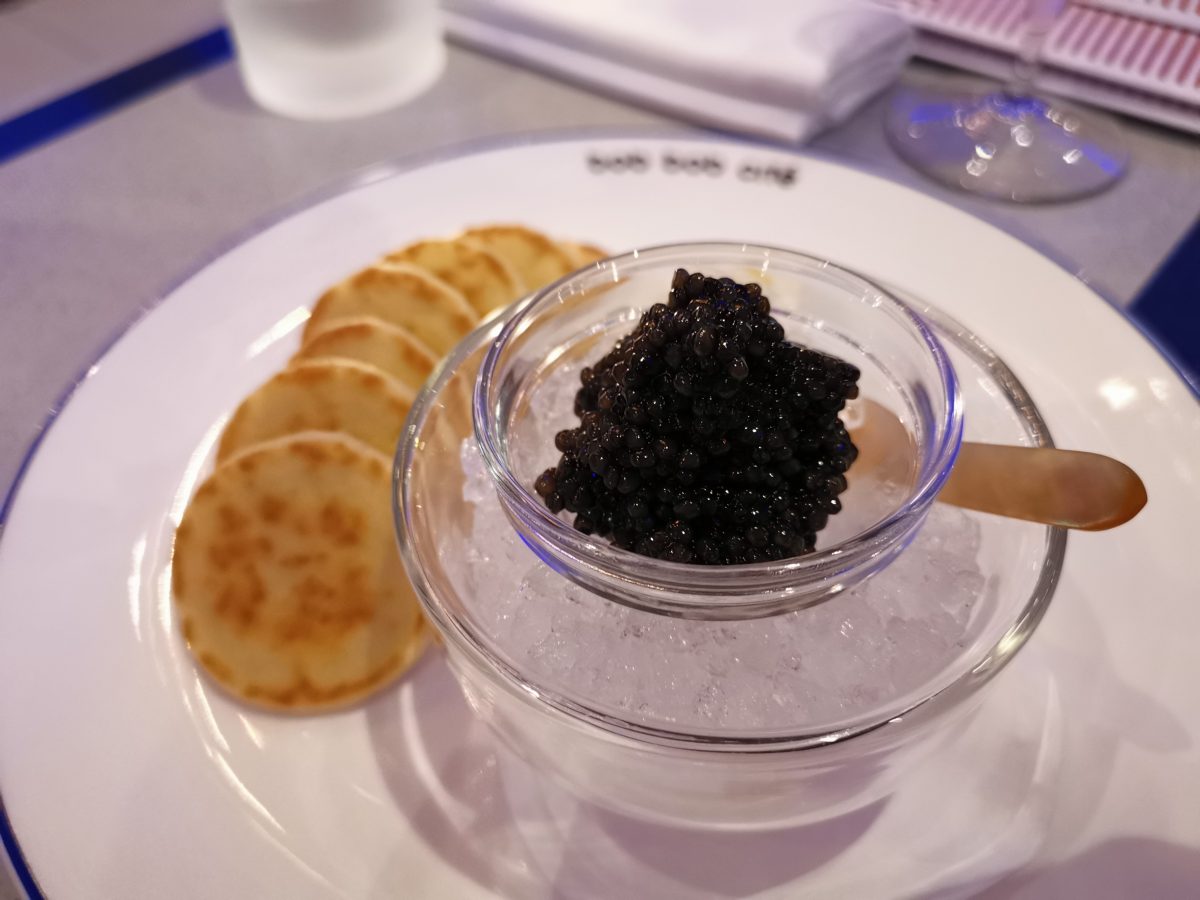 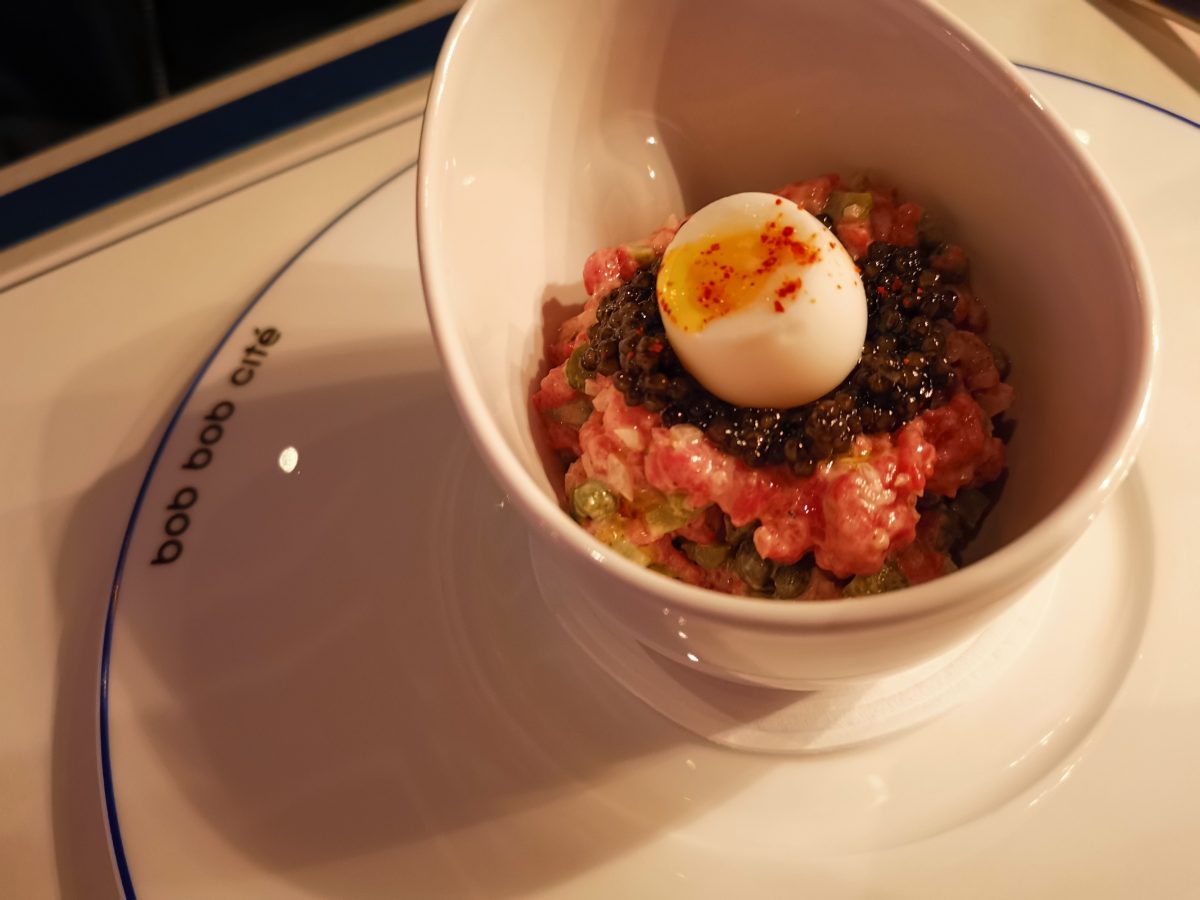 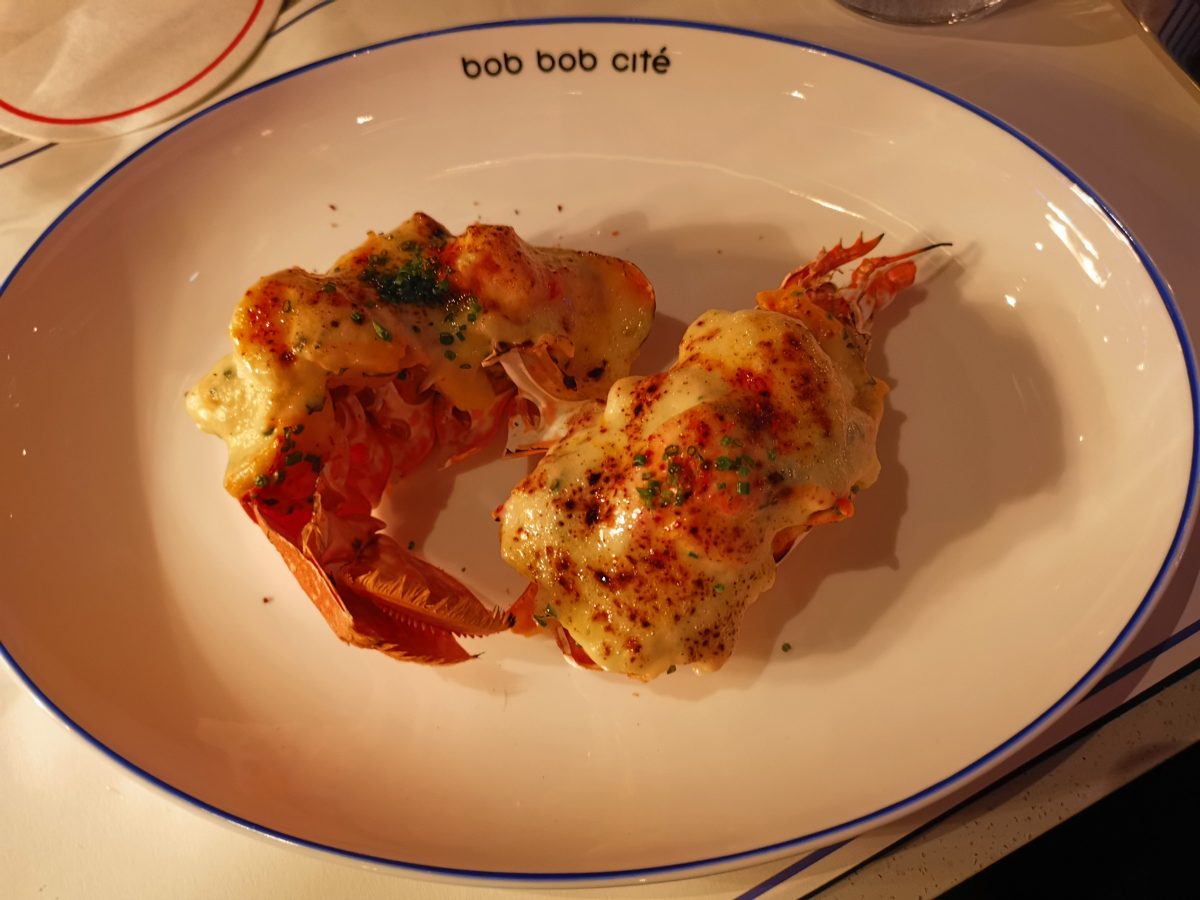 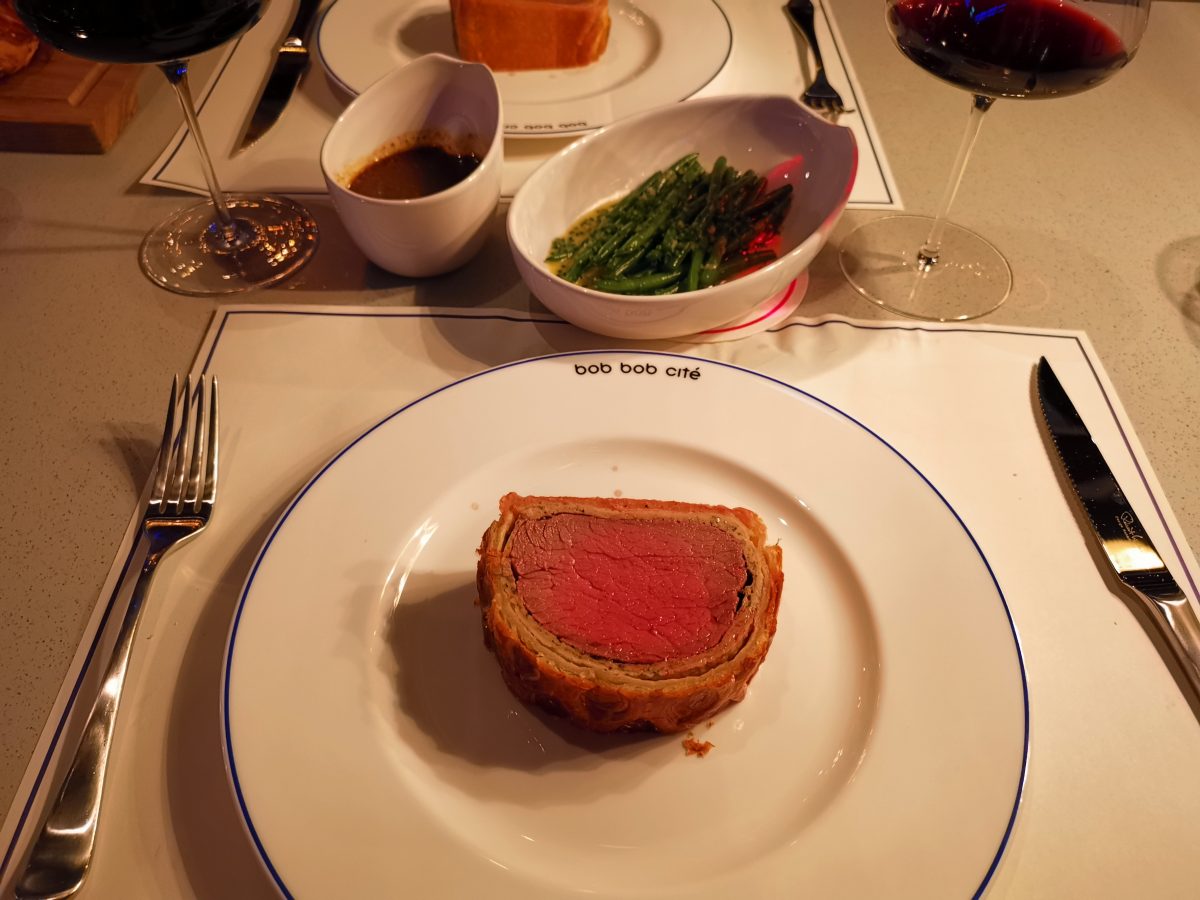 Excitement comes from the more ordinary dishes too. A French onion soup (£12.50) is deeeeeeep in flavour. The crouton is so heavily ladened with Gruyere it’s a miracle the thing is still afloat. 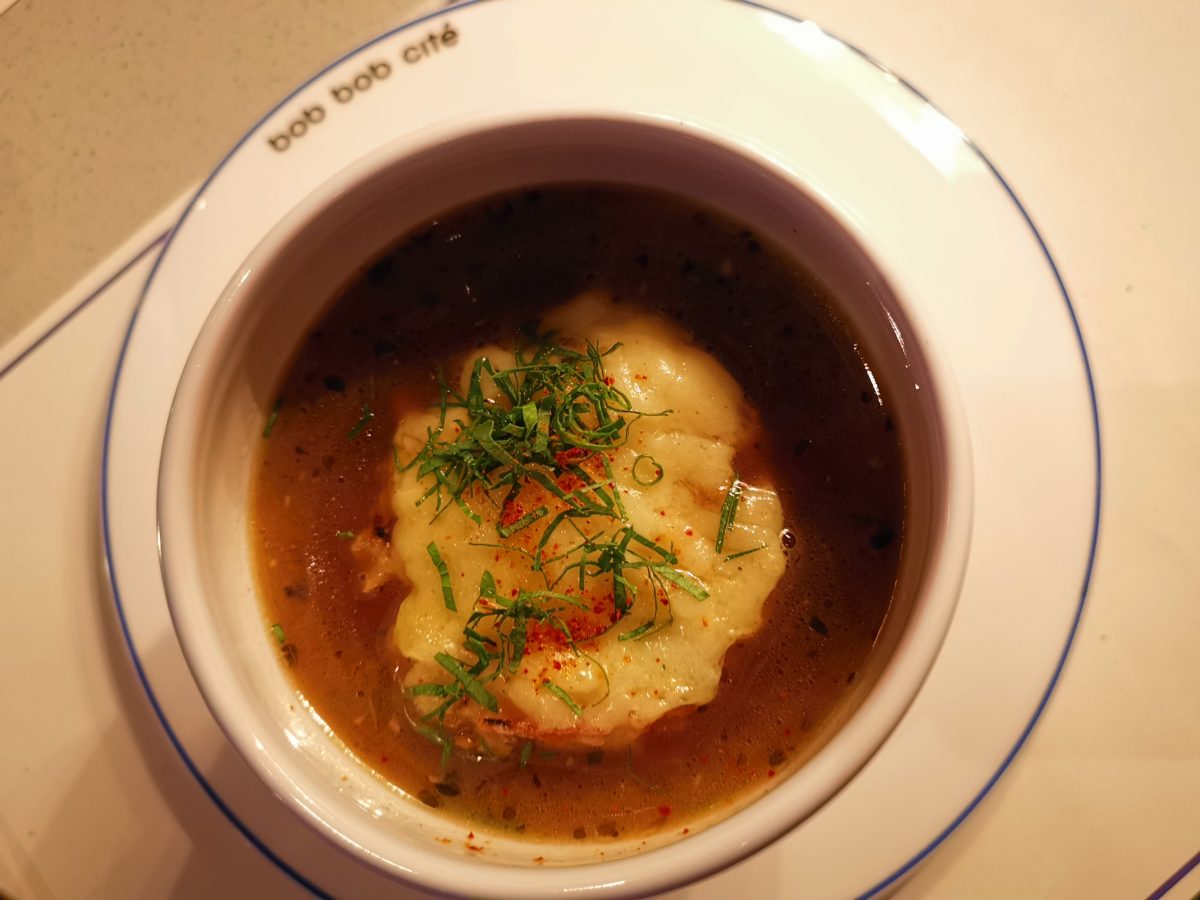 ‘Duck egg au plat’ (£12.50) is an assembly of fried duck egg, Gruyere and truffle foam, salt beef hash and pickles. Chavot really does know how to make the simplest of dishes taste of so much. 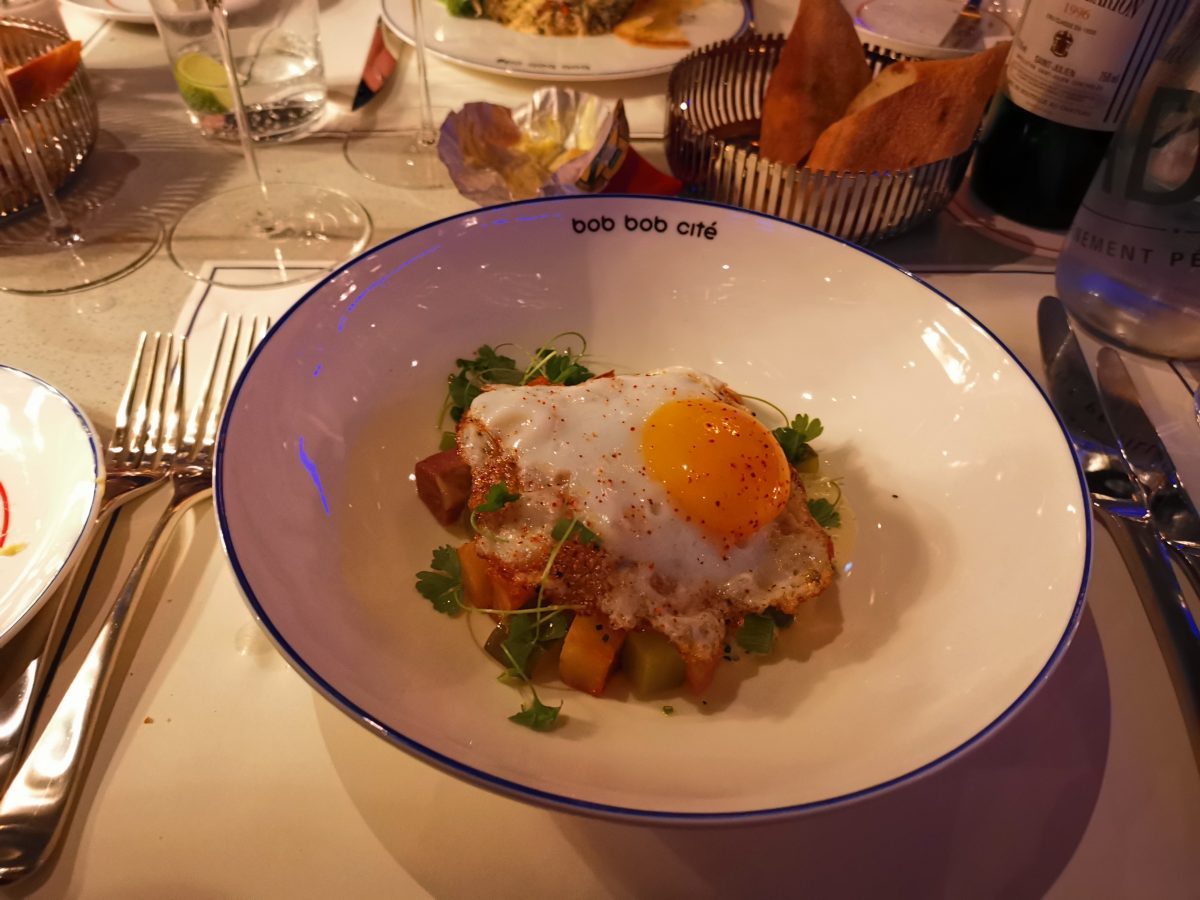 Ile Flotante (£14) is a ‘floating island’ of poached meringue atop a lake of cold custard. Here, there’s some sticky salted caramel which is a marvellous addition. Sure, you can get similar at Brasserie Zedel for a mere £4.75 but who cares, this place is just fabulous. 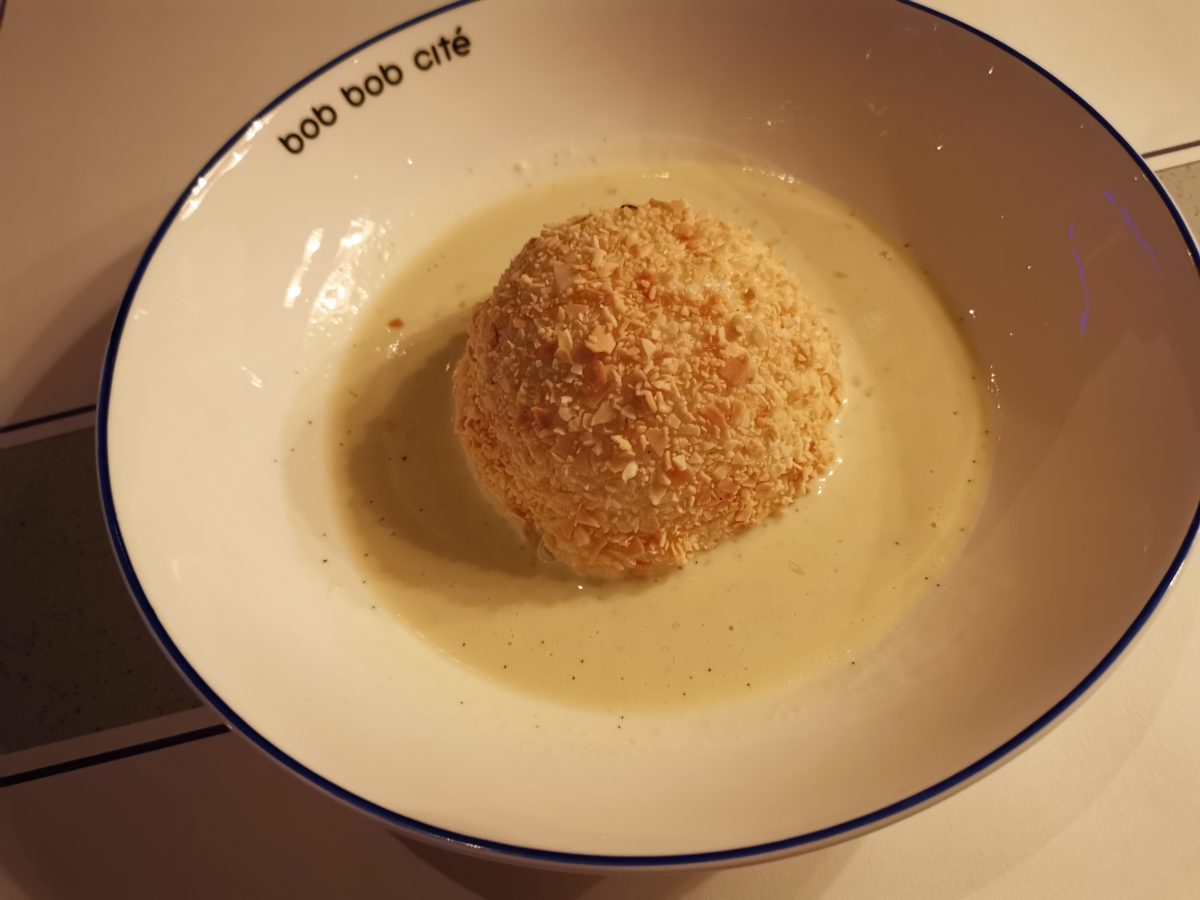 There is nowhere like Bob Bob Cite in London, or indeed, the planet. In times of Brexit and Boris, places like BBC are much needed escapism. Take your biggest credit card, sit in a booth and forget about it all.

Bobbobcite.com
We dined as guests of the restaurant