If you’re not from round these parts, the walk to Hackney Church Brew Co is a little hairy. Down an alley, under a railway arch, past a group of men drinking vodka and there you’ll find it.

Hackney Church Brew Co is a community brew house, basically a bar, and a noisy one at that. Out the back you’ll find a chap called Elliot Cunningham, who’s in charge of a kitchen bridge of just him, his two dogs and a sous chef. 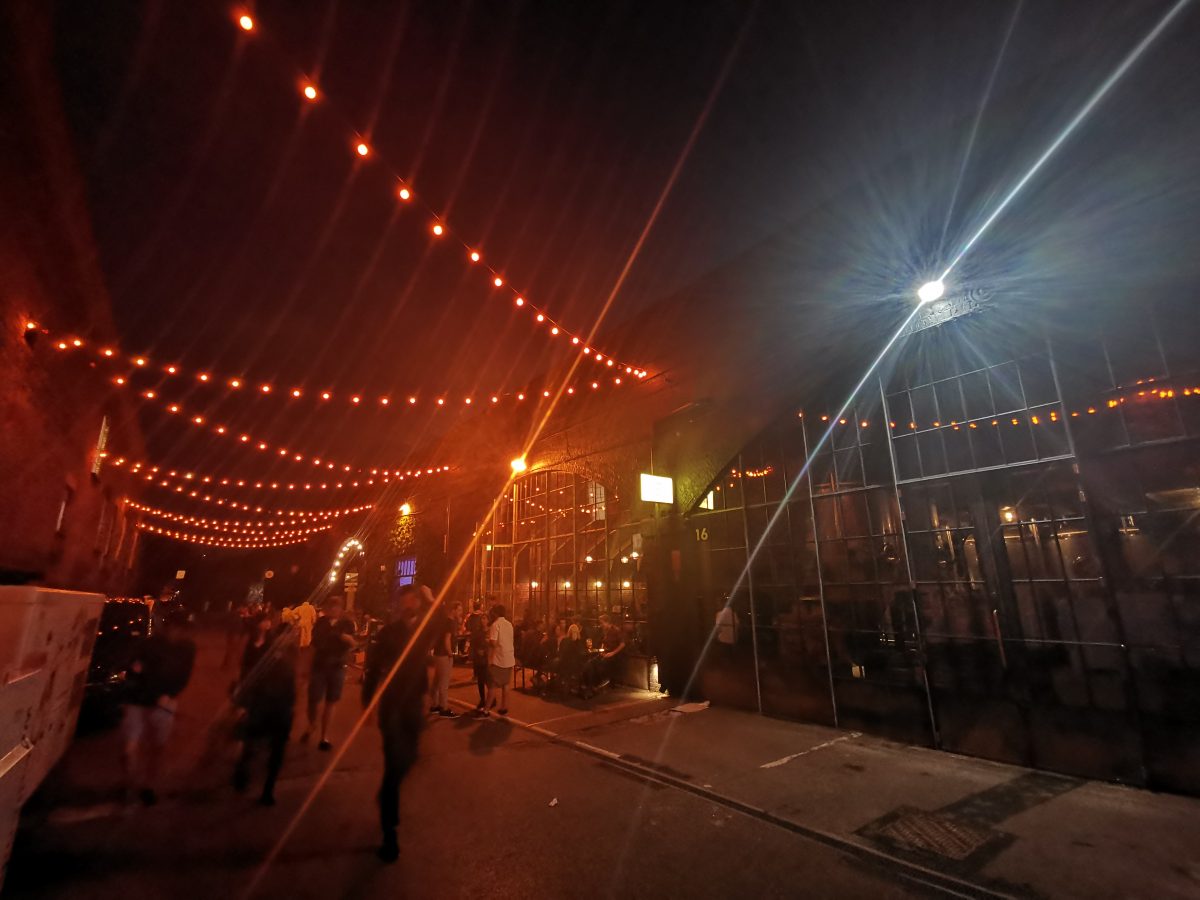 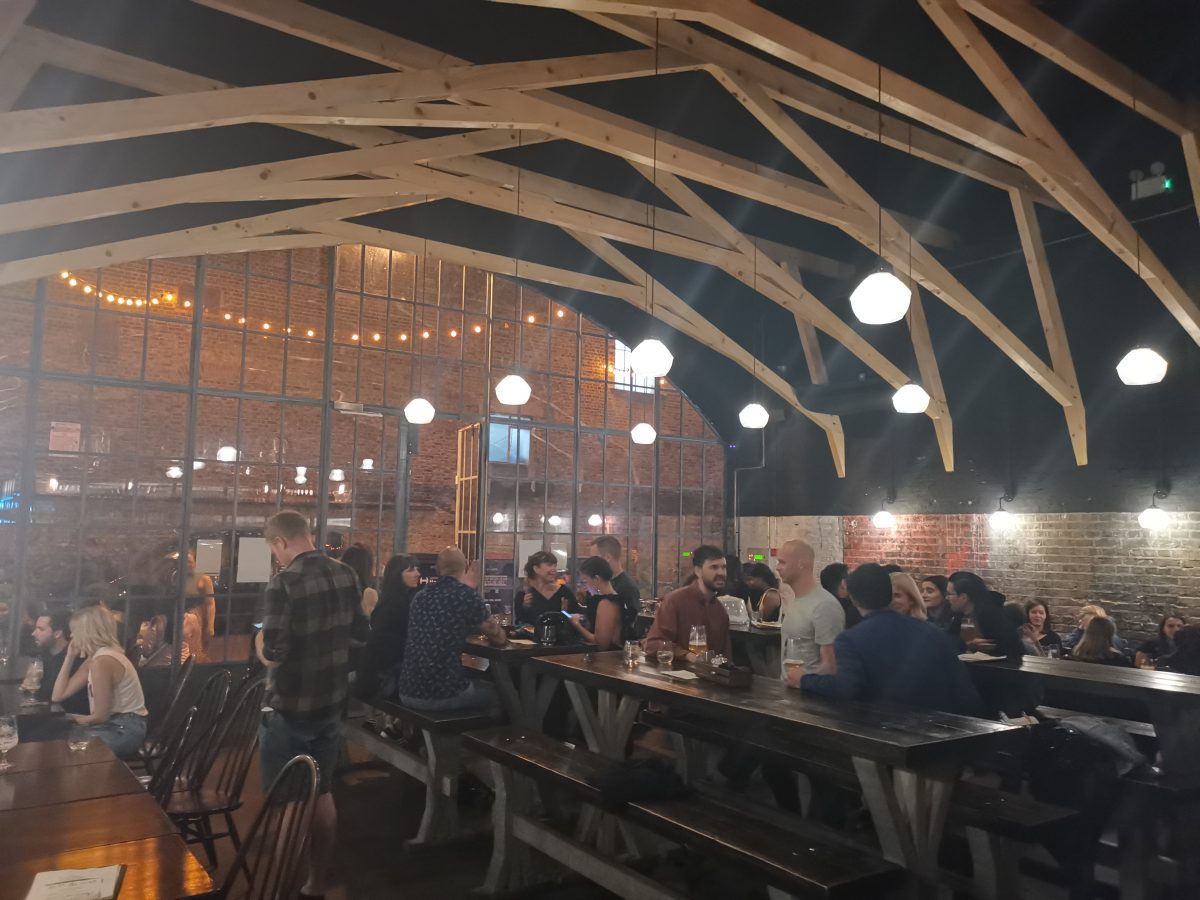 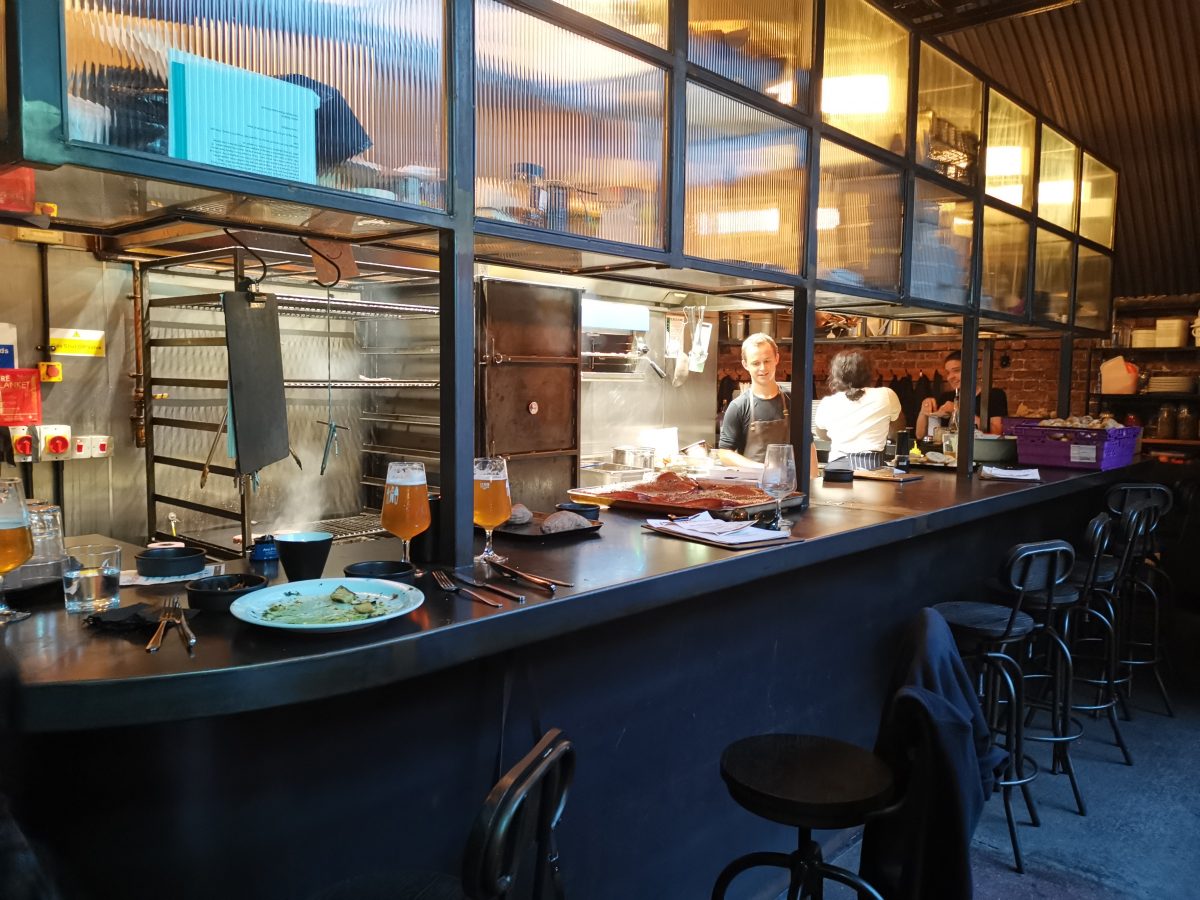 It’s a dramatic set up. A huge oven wafts smells of pork ribs and smoked chicken while chunks of meat are being cooked on the open flame next to it. My idea of heaven, this certainly is.

It’s not just meat that this ex-SMOKESTAK chef has mastered. A plate of carrot humus and flatbread (£4) is a marvellous thing. It has all the flavour of good old fashioned BBQ but it’s just mushed-up carrot. A ‘Greek style salad’ (£8), a well balanced mix of whipped feta, cucumber, tomatoes, red onion, olives and herbs, is so delicate it could be served in a far more refined setting. 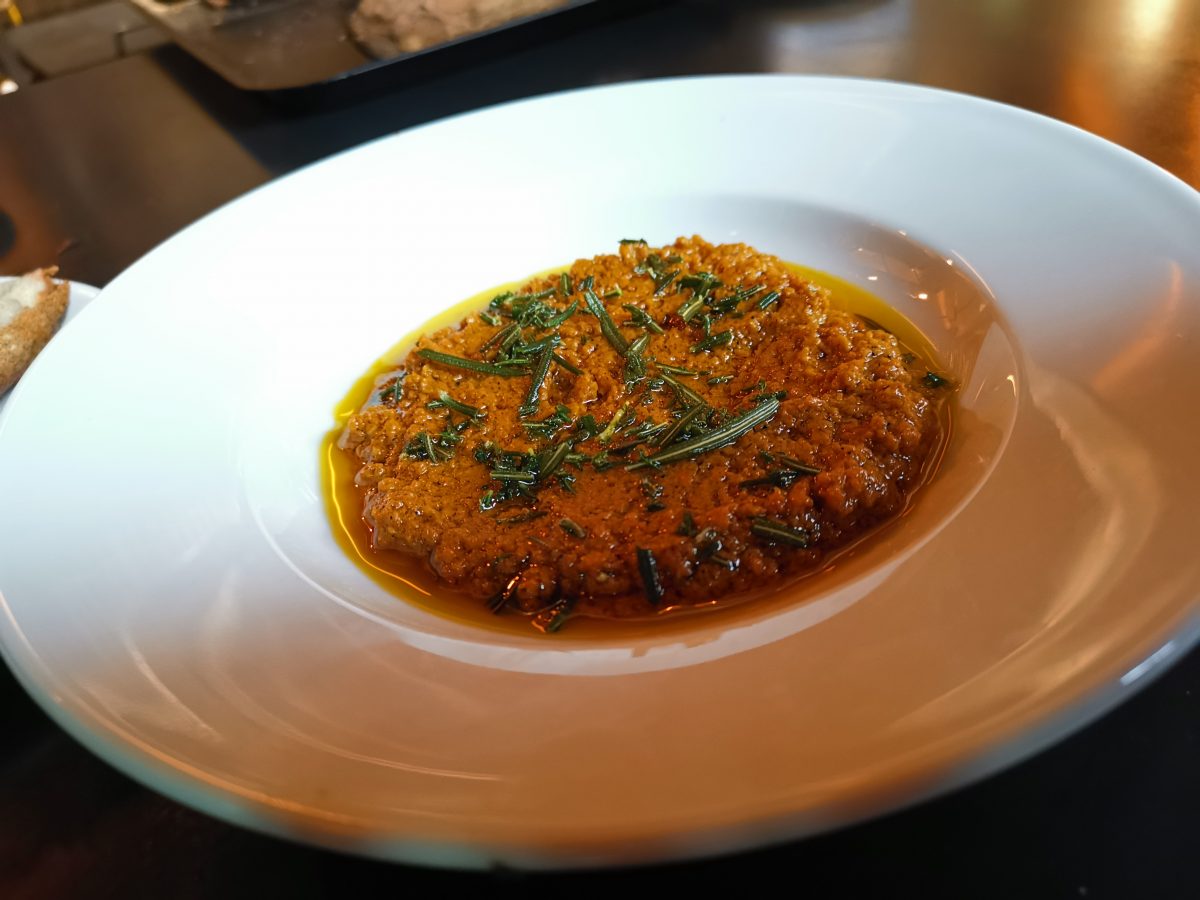 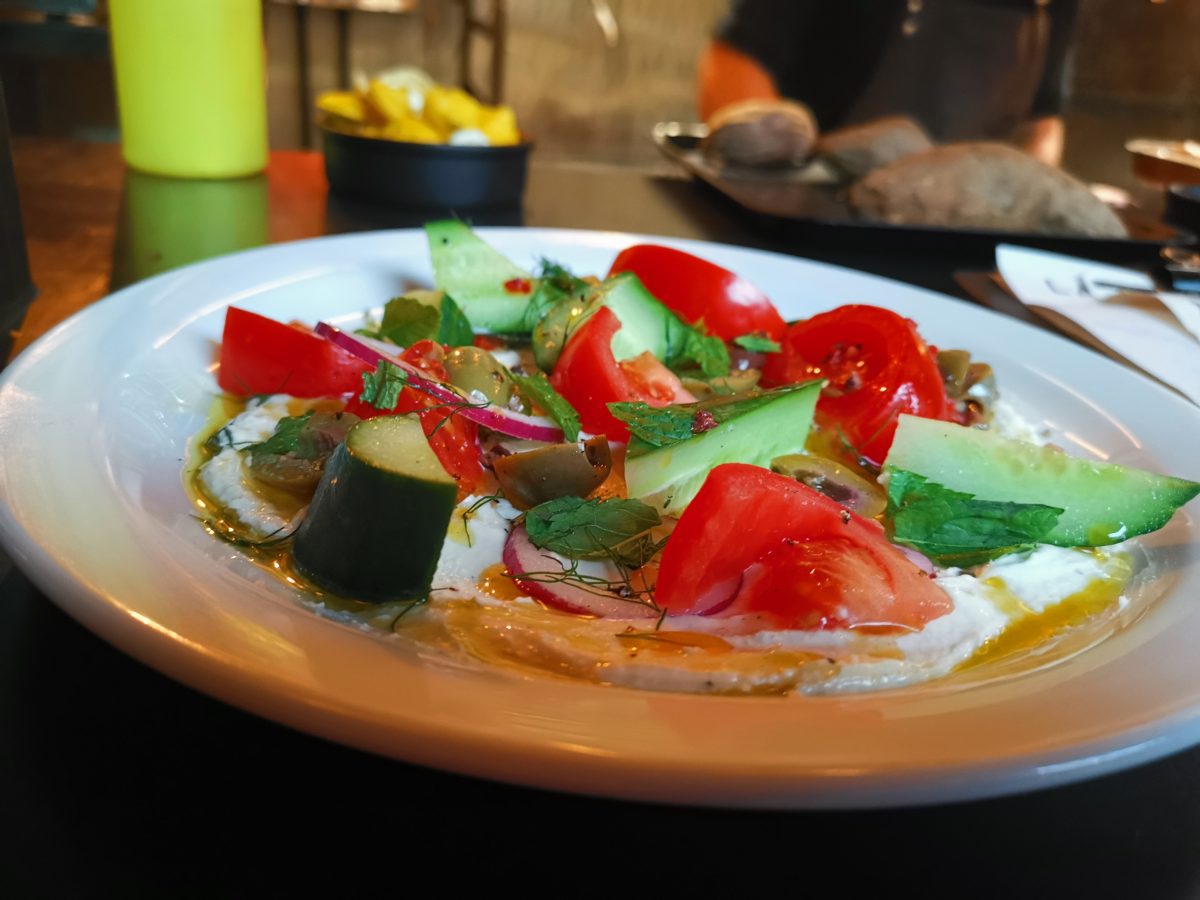 Grilled celeriac with a herby, green sauce and hazelnuts (£9.50) provides the most flavour I’ve had from this often-dull veg. He cooks the celeriac ‘dirty’ which means in the coals of the barbecue. It has the texture and flavour of meat which is quite somethin’. Marinaded cucumbers (£7) pack an almighty punch. That would be the fermented chilli. They’re still giving me the sweats. 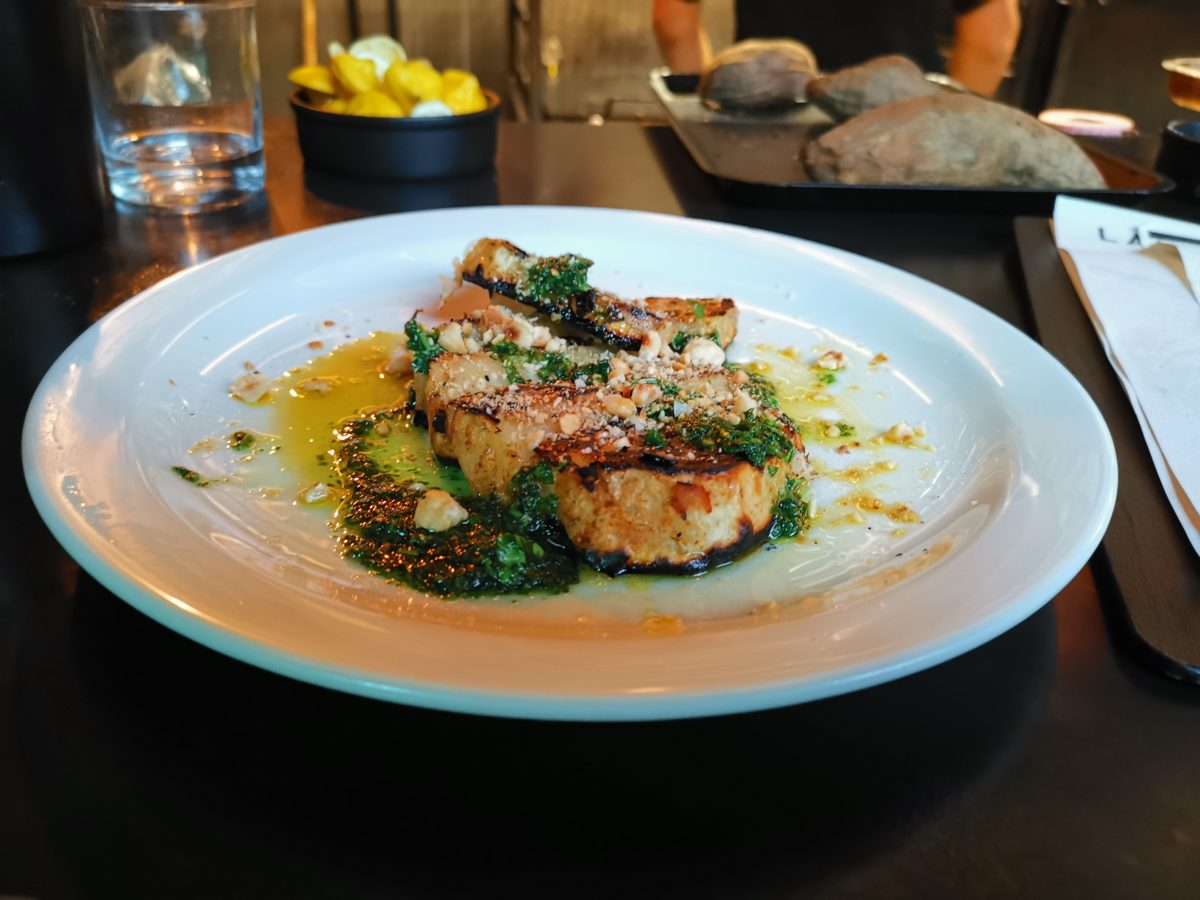 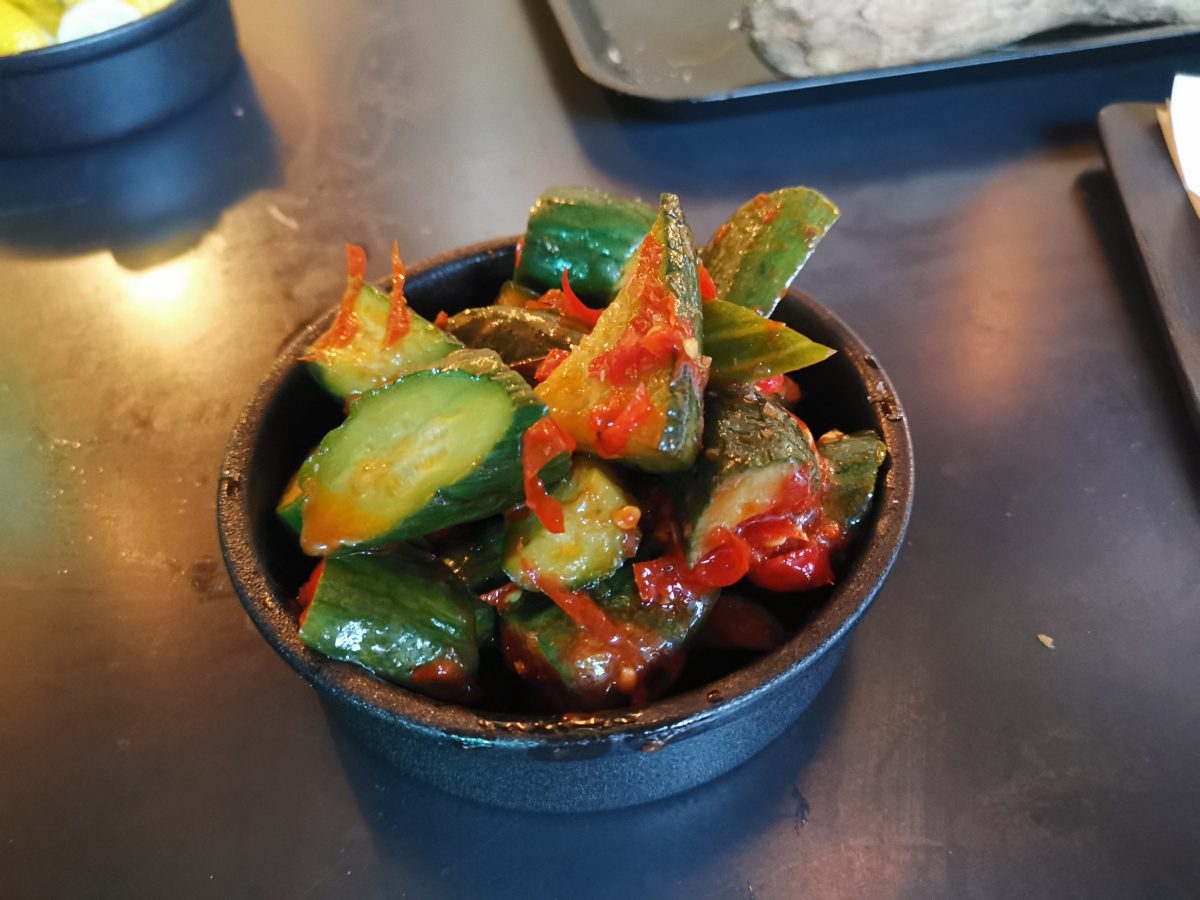 If you think that veg is good, try the rack of pork ribs (£10) or half a smoked Fosse Meadow chicken (£15) or the ‘Gothenburger’ (£8), an aged patty topped with American cheese and dill mustard. God, this guy can cook. 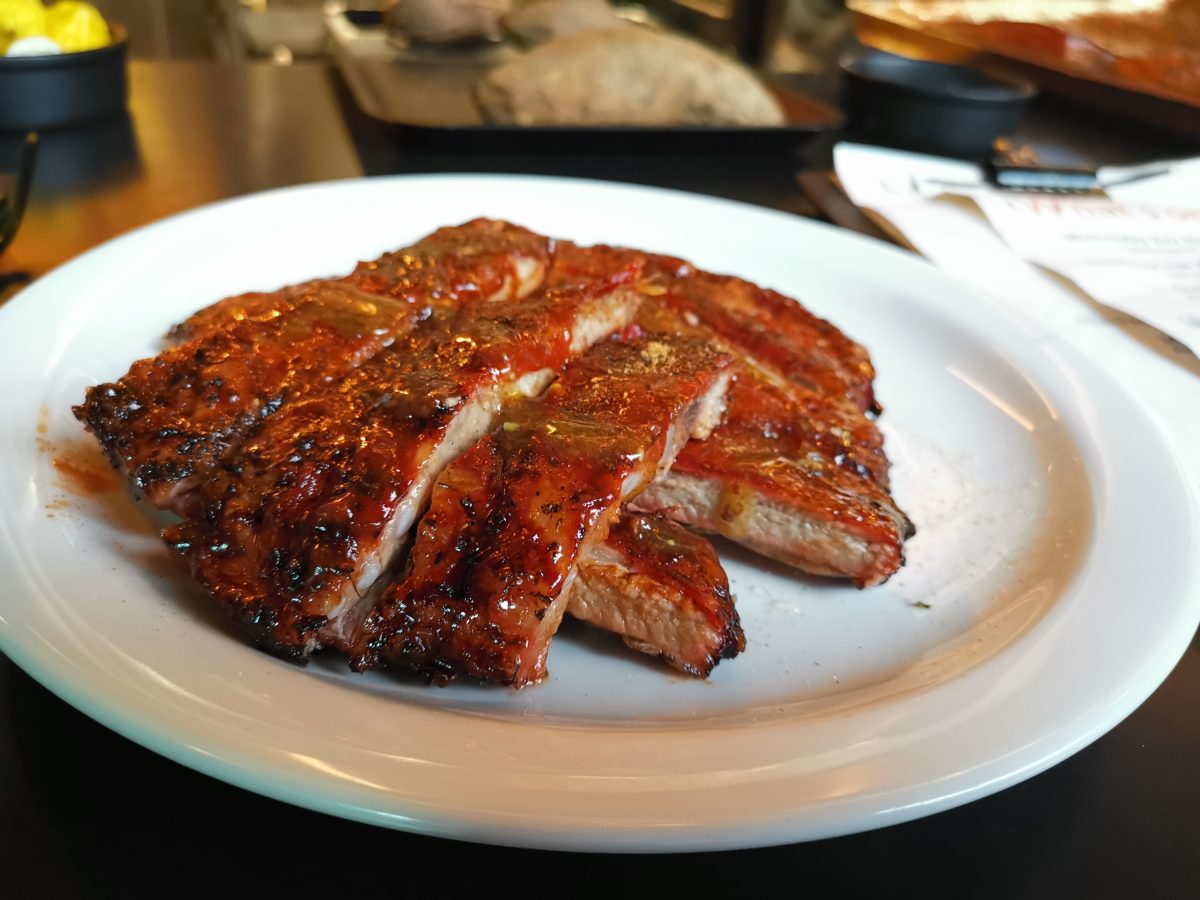 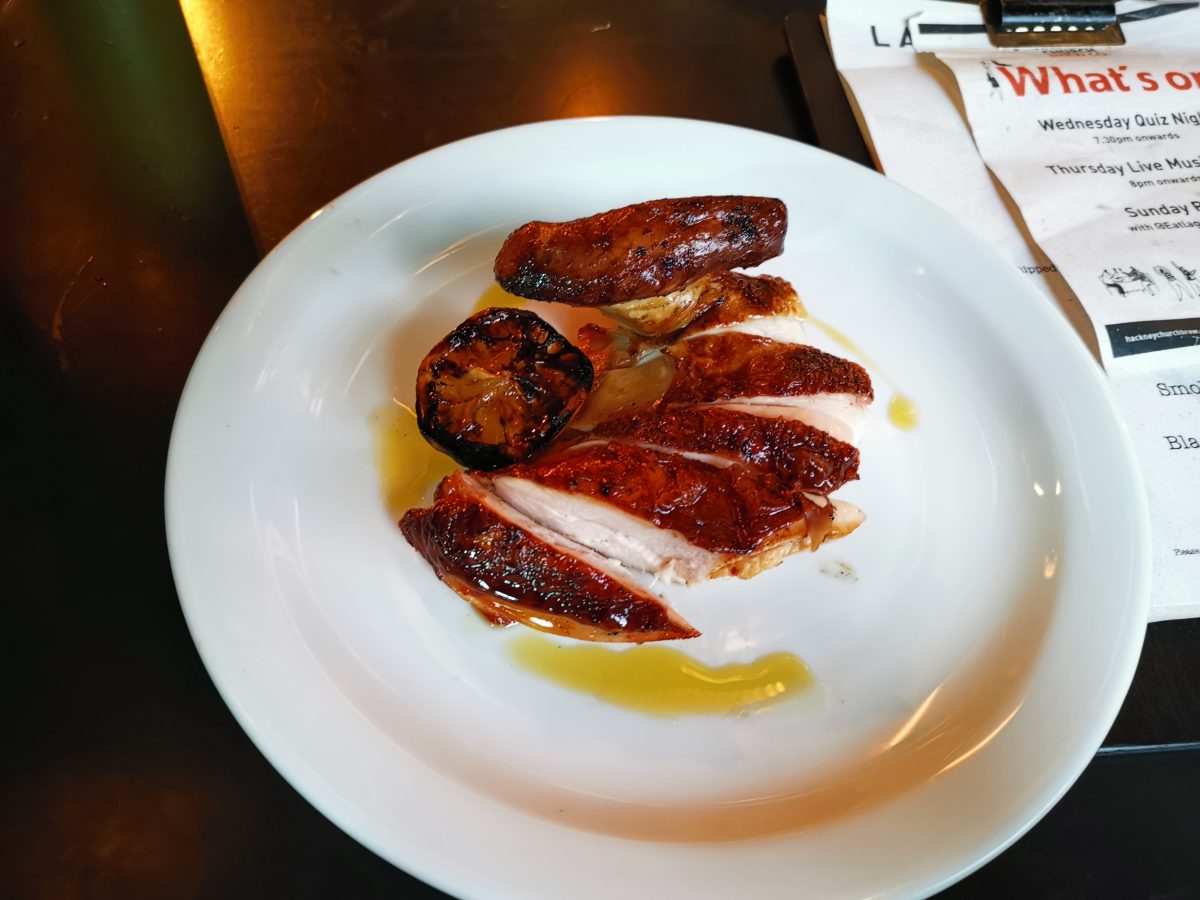 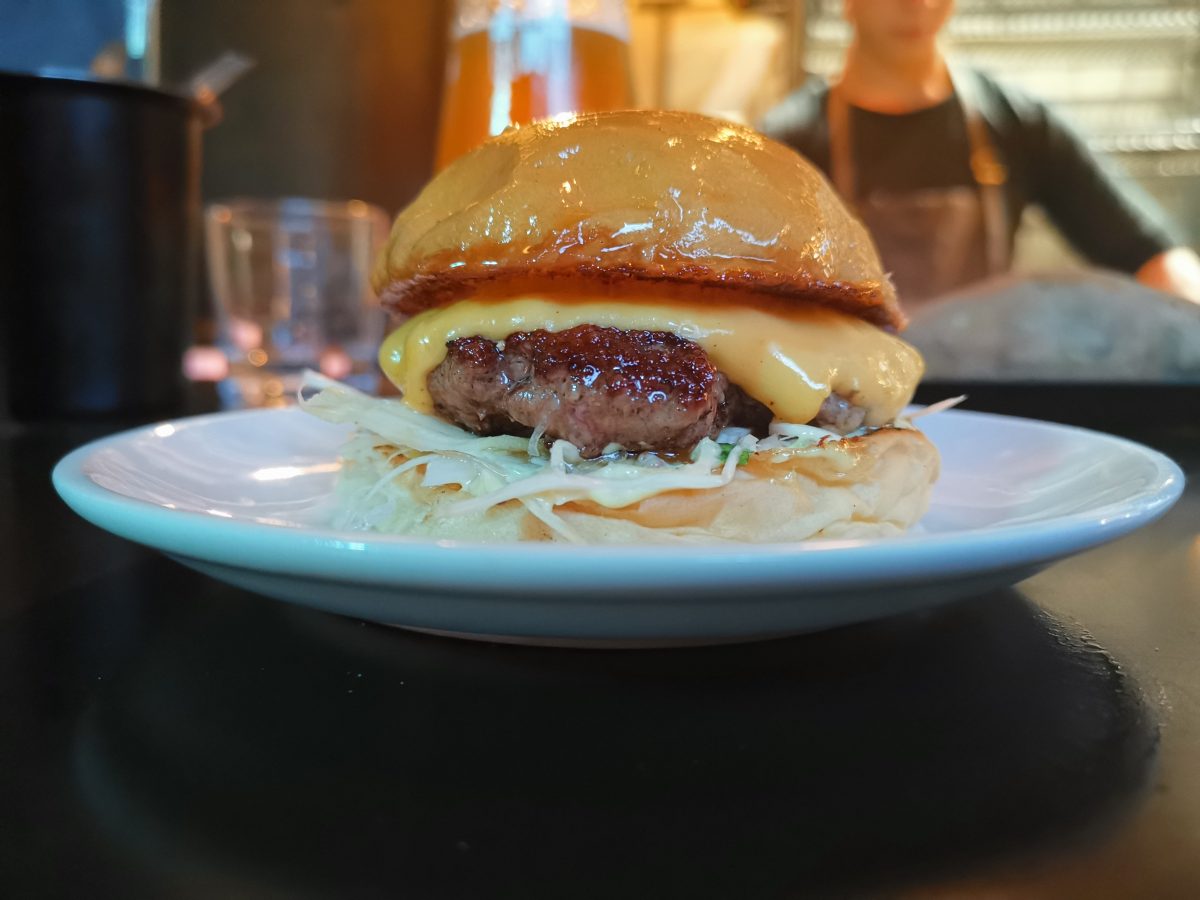 Smoked beef bun (£8) harks back to Elliot’s SMOKESTAK days. He uses featherblade, a cheaper cut here, and British beef. It’s not quite as jaw dropping as the original but it’s jaw dropping nonetheless. 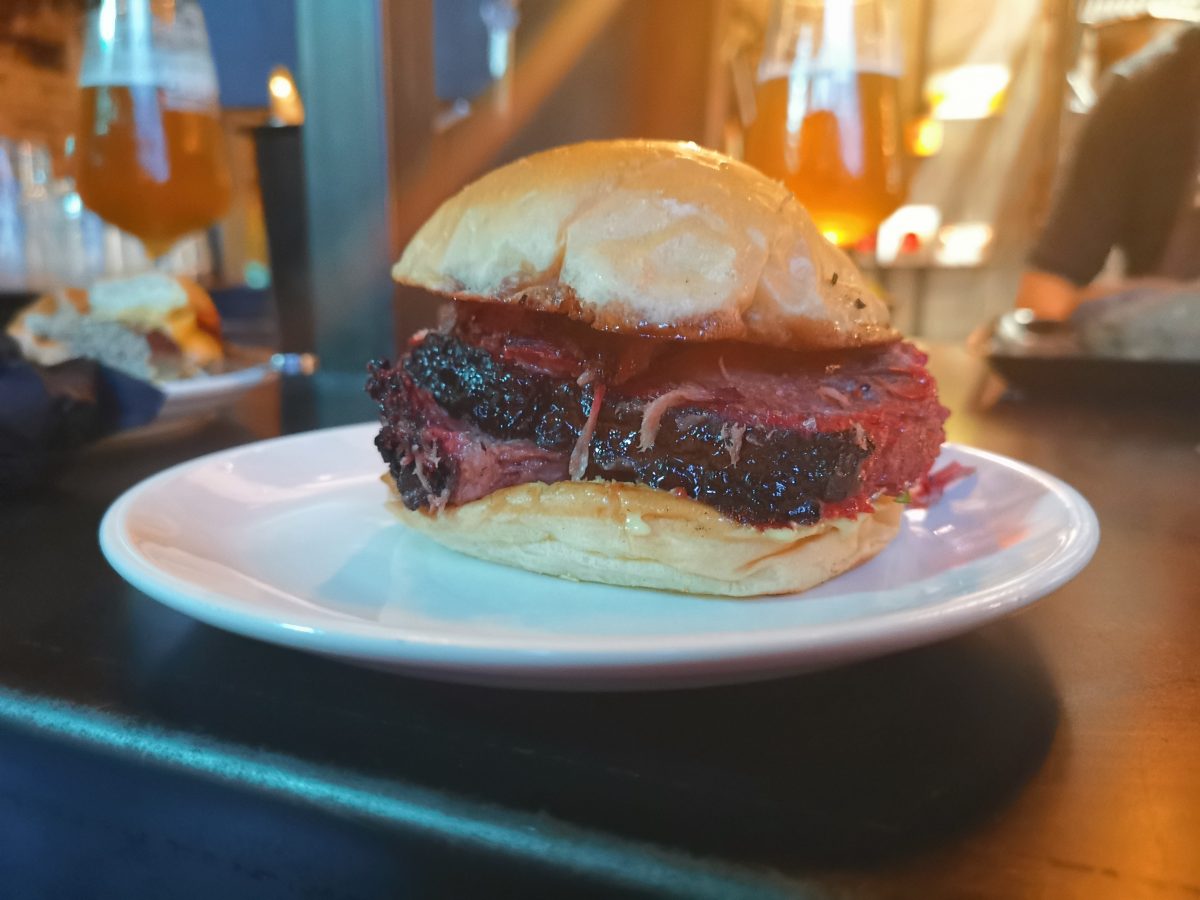 For pudding, there is just one choice: sweet potato pie (£6). He cuts us a huge wedge, the three of us share it and, although being painfully full, we polish it off. Making sweet potato, pastry and whipped cream that light is nothing short of wizardry. 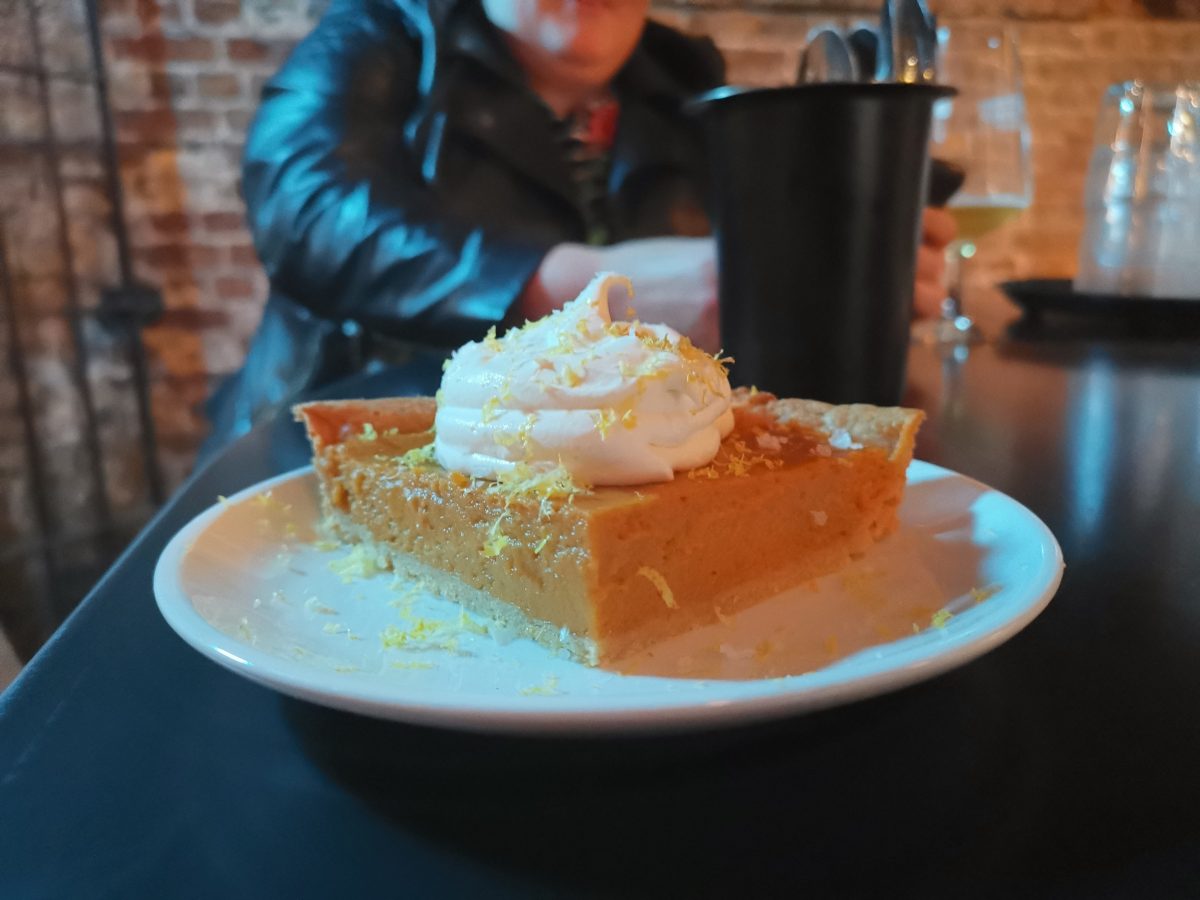 You may have guessed I fell in love with the food down those darkest depths of a railway arch in Hackney. Making meat AND veg taste that flavourful takes a lot of love and effort. It didn’t go unnoticed by us.