Shackfuyu is Ross Shonhan’s latest venture (he also owns Bone Daddies and Flesh and Buns) and it’s based on the end of Old Compton Street in Soho near La Bodega Negra and Bar Termini. 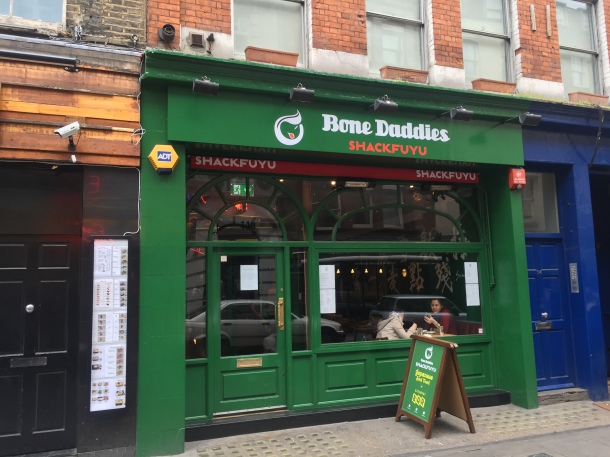 It’s housed in a former Italian restaurant where the original pizza oven is still in the front, which is quite unusual for a Japanese restaurant. It’s a far bigger area than you might expect too, with a simple, stripped back vibe to it all.

The menu was short and sweet. Korean fried wings (Â£5.90) were beastly in size and the flavour was utterly divine. Hand dived roast scallops (Â£7.50 each) came drenched in a fiery chilli miso butter which brought a tear to my eye in the very best way. 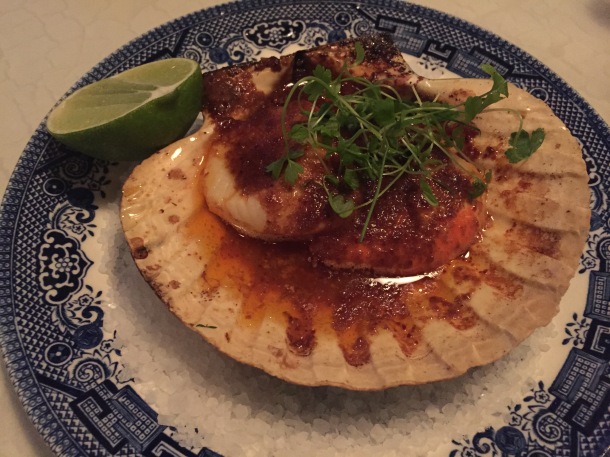 A highlight was the prawn toast ‘masquerading as okonomiyaki’ (Â£5.20) (whatever that means I still don’t quite know) which was a crispy, prawny delight. USDA beef picanha (Â£12.50) was an interesting one; the beef had a firm texture and wasn’t quite as rare I’d usually like my meat but it had such incredible flavour that I couldn’t stop eating it. 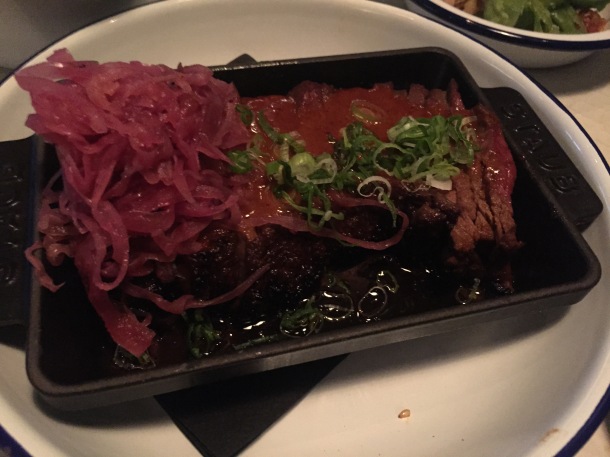 Less successful was the mentaiko mac and cheese with cock scratchings (Â£5.40 (the cock scratchings are trademarked don’t you know). There was a strange orange dollop on the top which added no flavour and a weird texture to the dish. The whole thing seemed to lack flavour.

The beef hot stone rice (Â£7.20) came served in a giant stone that kept its molton lava temperature throughout its time on our table – meaning the bits of rice on the bottom got nice and crispy. It was a hearty bowl of deliciousness. 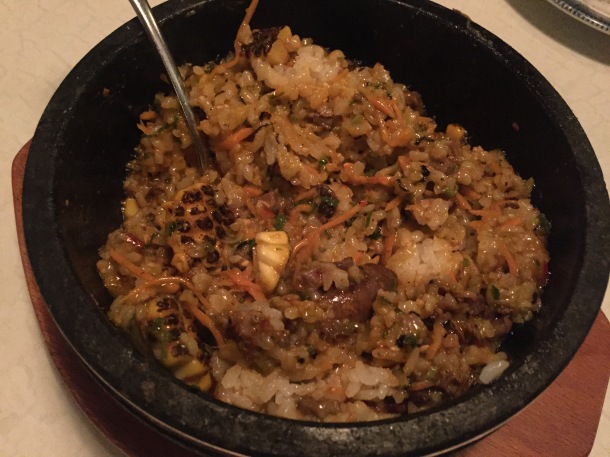 For dessert, there was only one option. The kinako French toast (Â£6) would have been good enough on its own, but with the accompanying green tea soft serve ice cream, it took the whole thing up a gear. One of the tastiest puds I’ve had in ages.

Shackfuyu is supposed to be a temporary pop up but I reckon theyâ€™re onto a winner and if they can, they should definitely keep it there for longer. Soho is packed full to the rafters with great restaurants at the minute – and it looks like it just got another one.