After a recent visit to Tayyabs, a few people had suggested I also try Lahore to get my Indian/Pakistani lamb chop fix. It’s an interesting spot with two dining rooms; one which smelled of farts and the other, with a giant flat screen playing football – I don’t know which is worse! Everything felt like it needed a good Dettol.

I wouldn’t exactly give the food any points for presentation, and flavour wise; it all tasted the same. An overwhelming spice featured in every dish – I thought my gentleman companion was going to pass out at one minute. 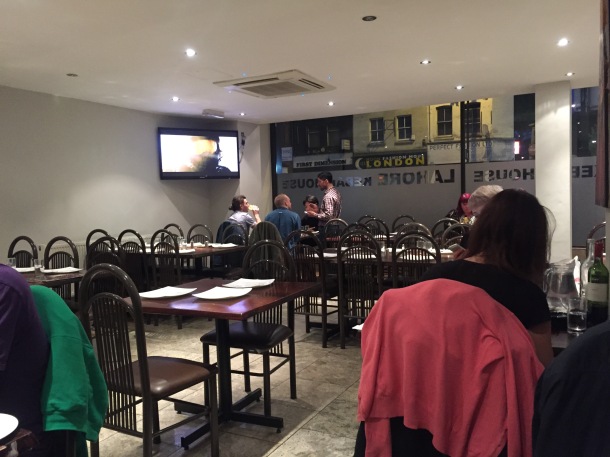 The onion bahjia (Â£3.30) was probably the best thing we ate; crispy, crunchy, chewy and rather nice. The paneer tikka (Â£3.30) looked like it had been dropped from quite a height and although I really didn’t like the accompanying onions and peppers, the cheese was nice. 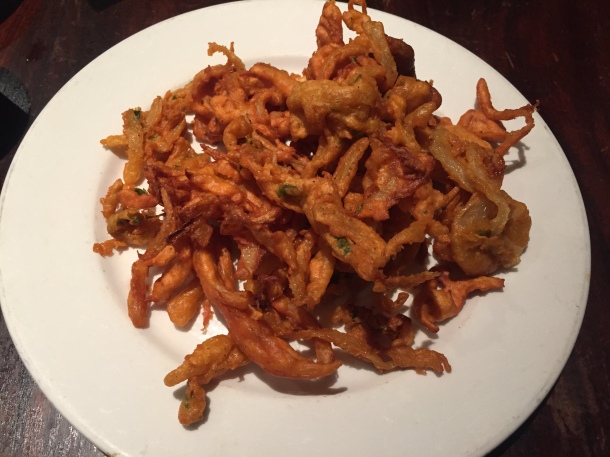 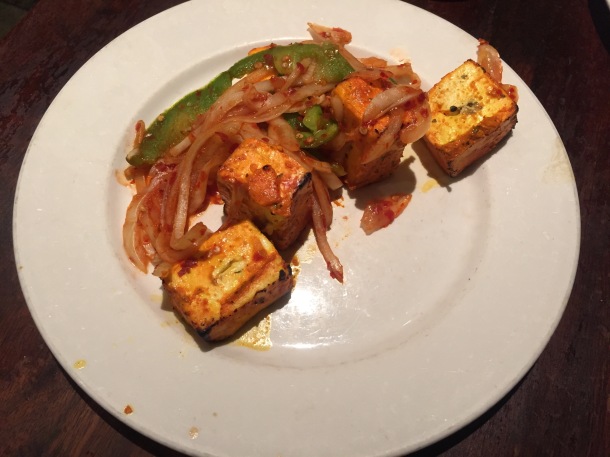 The lamb chops (Â£8.25) were nowhere nearly as good as Tayyabs. The meat was so thin and there was barely any fat so they had an extremely dry texture.

The tandoori prawns (Â£10.50) were most odd; they collapsed when touched with the fork, turning it into a very spicy prawny soup. Not for me that one. 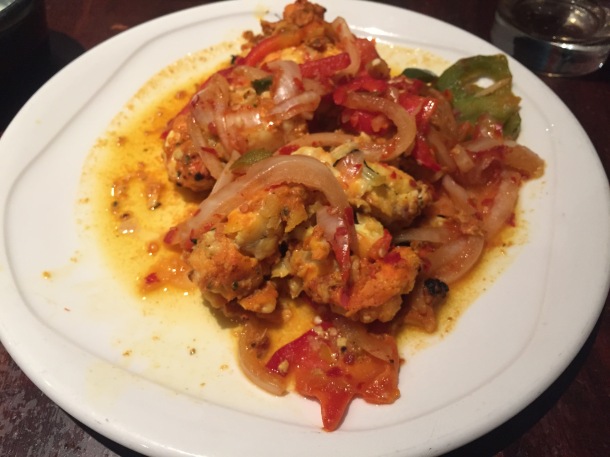 The butter chicken (Â£7.75) was the spiciest butter chicken I’ve come across and the chicken had a boiled texture; like you’d expect to see in a soup not a curry. Everything was also served piping hot like it had come fresh from the microwave; I needed an asbestos tongue to tackle half of it. The garlic naan (Â£1.75) had a frozen pizza-like base which wasn’t hugely appetising. 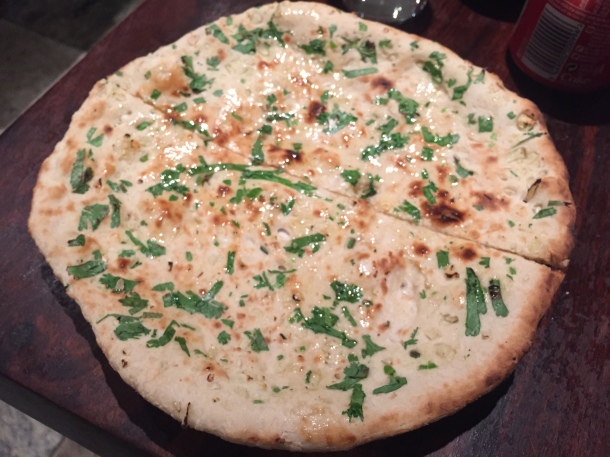 We left Lahore, avoiding the rude boys loitering on the corner, pretty positive that we wouldn’t return. Yes it was cheap and it’s BYOB but the food really wasn’t good enough. Needoo is next on my list, I just hope that’s a bit better.