Dinner at Beast is never going to be a particularly cheap outing; after all, this restaurant from the chap behind Burger&Lobster and Goodman specialises in Norwegian king crab. Having fallen in love with the place on my first visit I was pleased to see it was just as good when I returned – if not better.

The basement dining room is like a cross between a medieval banquet and German beer hall. The long, wooden shared tables and giant candelabras make it unlike anything else in London. The three of us were seated in a row next to each other which I guess wouldn’t be everyone’s cup of tea. 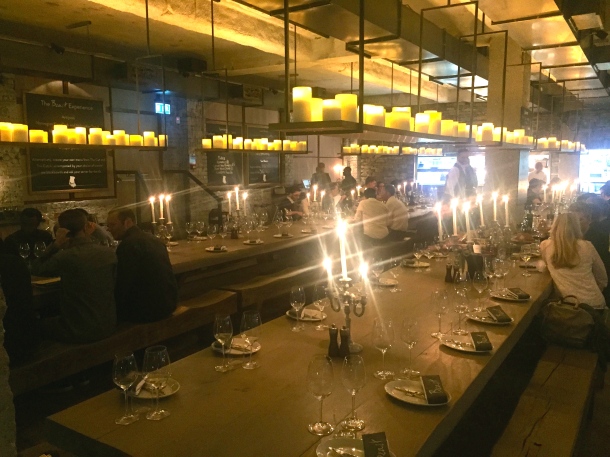 The set menu seemed liked the best value at Â£85 a person. Antipasti kicked things off with artichokes, pickled onions, olives, Parmesan and a seven year aged balsamic which was lip-smacking to say the least.

The main event, everything arriving at the same time, was very impressive. A giant cut of bone-in sirloin and a plate-full of king crab that was bigger than my head. The thick slices of steak were intensely beefy with a really buttery exterior. I even picked up the bone with my fingers, nibbling the remaining meat and I didn’t look one bit out of place doing so. 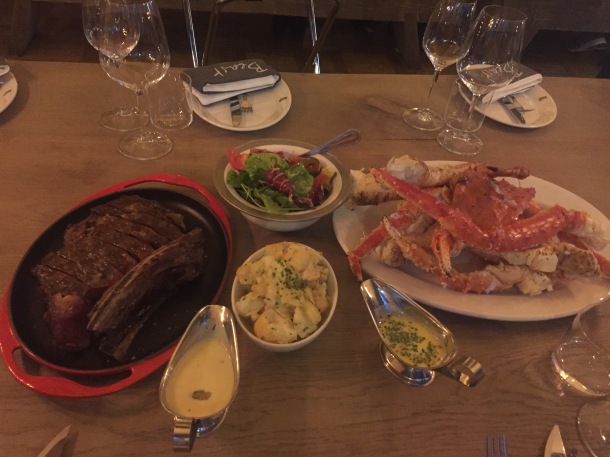 The king crab was simply exquisite; attacking the shell to extract its sweet, soft flesh was the best fun I’ve had in ages. The accompanying lemon butter sauce was the perfect companion – good enough to drink. A bowl of smoked tomatoes and some crushed new potatoes were lovely but remained barely touched as we became so full.

For dessert, we got all three; a semifreddo drenched in gallons of chocolate sauce (see my Vine for proof), a dollop of a cheesecakey concoction which was insanely light and some lemon sorbet. They weren’t at all sickly meaning we devoured the lot – a perfect end to a seriously filling meal. 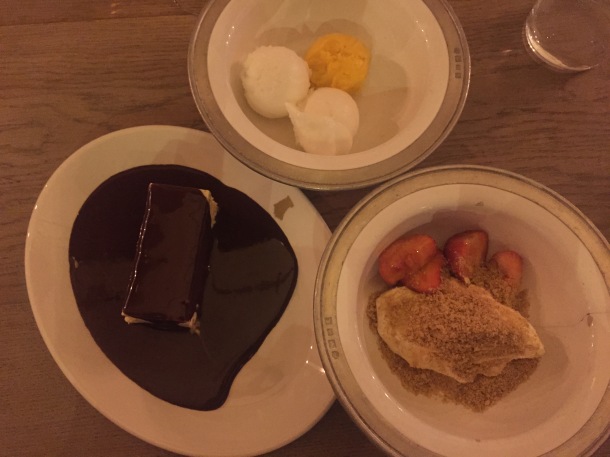 Beast really is an exciting place to have dinner if you ask me. With a bib tied around my neck, king crab shell in my hair and a sirloin bone in my mouth – I would have been hard pushed not to be in absolute heaven. Is it a lot of money? Yes. Is it worth every penny? Absolutely.