Much to the dismay of my waistline, the past 7 days have provided me with plenty of lovely foodie treats. Here are the 7 best things I shoved in my gob last week…

1. A large plate of stuff at the recently opened Vico in Cambridge Circus. It’s by the Bocca di Lupo guys, the food is charged by weight and it’s standing room only – very interesting indeed. Squid ink arancini does the job nicely. 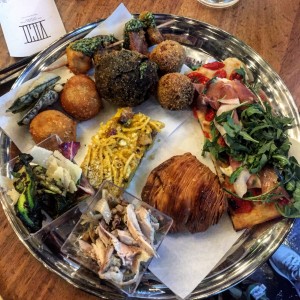 2. Bacon cornbread with chipotle-maple butter at the bar in Chiltern Firehouse. I could eat hundreds of the things. I got told off for taking a photo though, although “selfies are fine babes”, apparently. 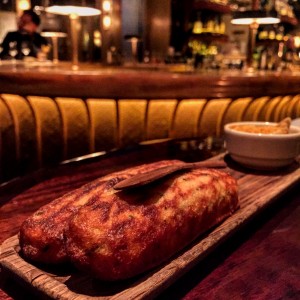 3. KFC at Membury services on the way to Banksie’s Dismaland in Weston-super-Mare. We arrived ticket-less to find they’d stopped letting people in the queue. Worth the trip for those hot wings though. 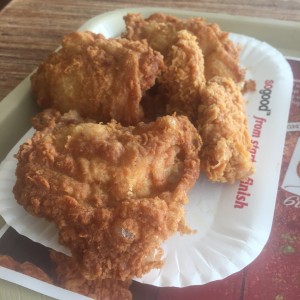 4. Crumpets with golden syrup at Cahoots – a cocktail bar in Kingly Court made to look like a disused London underground station in the 40’s. Lots of fun. 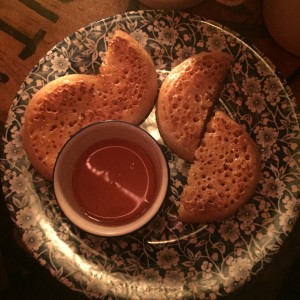 5. Who doesn’t love the theatre of a Baked Alaska? Set on fire table-side, this one at Corbin and King’s Colony Grill Room was the best one I’ve eaten. 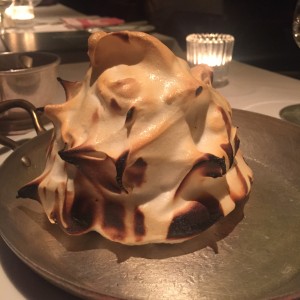 6. There’s a new Homeslice which has just opened in Fitzrovia. The giant pizzas, Â£20 for 20 inches, come with adventurous toppings, like this one: half goat shoulder and half braised brisket. Major thumbs up emoji. 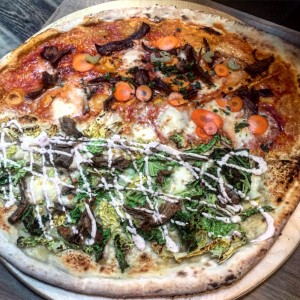 7. Arments pie and mash in Borough Market. It’s insanely cramped and they’ve only just opened so it’s chaotic to say the least, but my golly the pies are good. 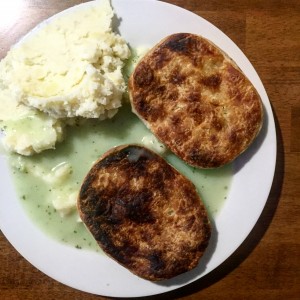 What was the best thing you ate last week? Let me knowÂ @samphiresalsify, or comment below.