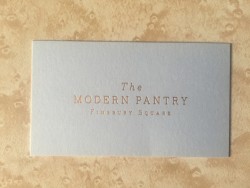 It’s been a good few years since I last visited the original Modern Pantry in Farringdon, but I remember it certainly being pleasant. When I heard they were opening a second, in Finsbury Square, a rather lifeless part of the city, I was intrigued to say the least. 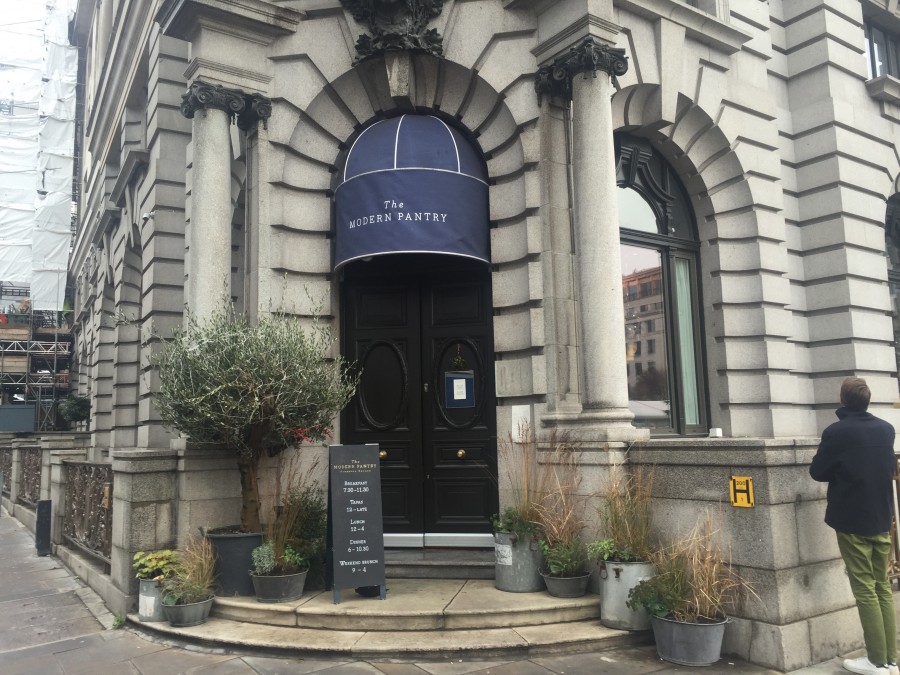 It’s a beautiful spot; you walk in past a gorgeous bar where cocktails and tapas are served, then the large open dining room is out the back. It felt calm and serene even though it was packed. A perfect brunch spot I’d say, which was exactly the purpose of our visit.

The food was seriously flavourful, using inventive and unusual ingredients to transform otherwise ordinary dishes. Waffles were made with sweetcorn, feta and Medjool dates (£9). Of course, they were generously doused in maple syrup which helped things along. 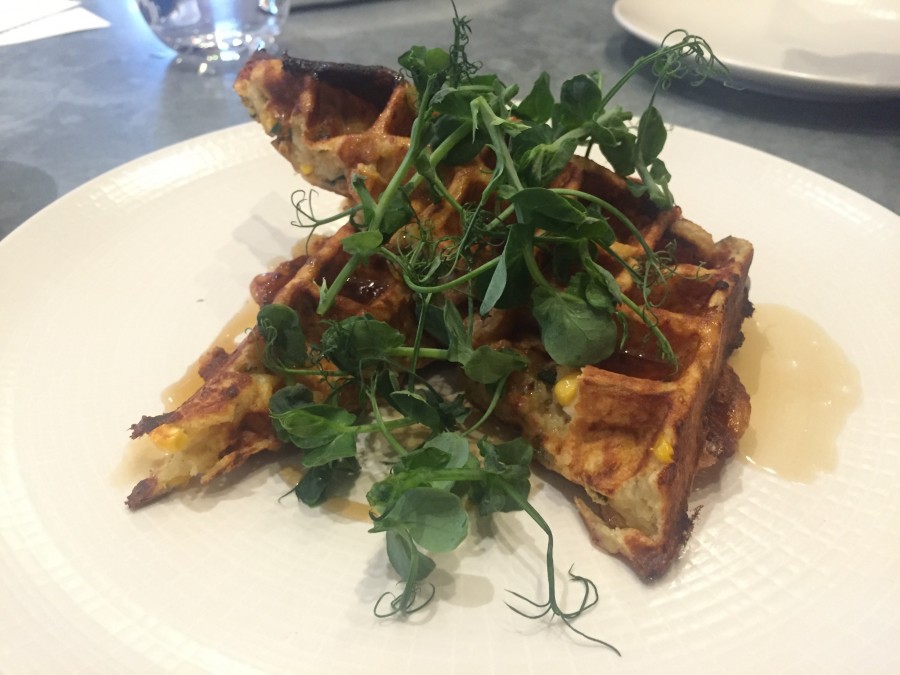 Crispy halloumi came with some buttered spinach, lemongrass vine roasted tomatoes, toast and scrambled eggs (£8.80). It was filling and comforting yet not at all greasy. 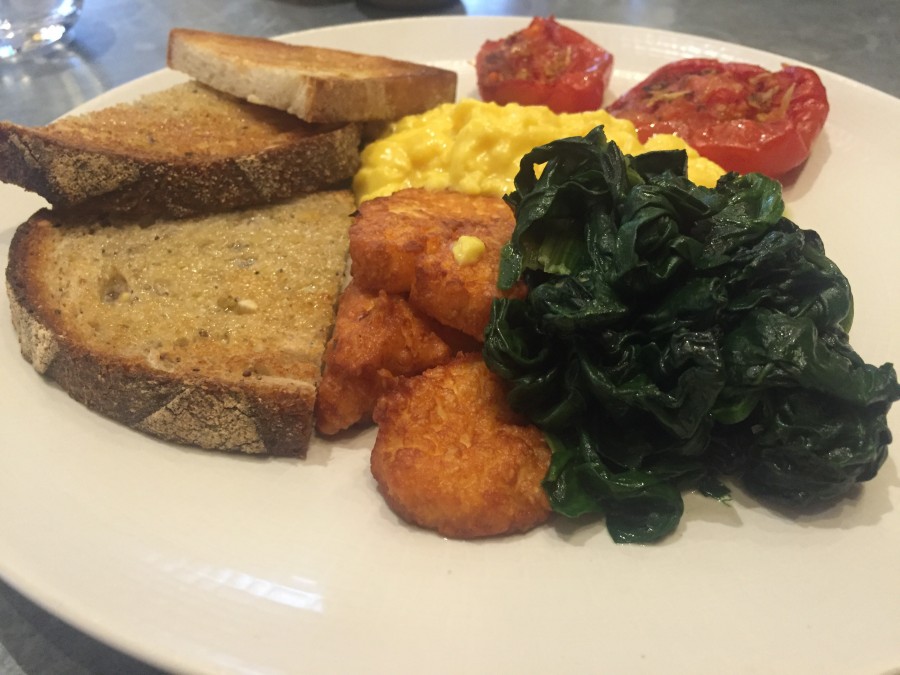 Dhansak spiced veal mince omelette with crunchy puffed wild rice (£9) was a must order, purely for the flavour of the mince; most unusual but most enjoyable. The only downside was the runny centre of the omelette, which always makes me feel a little queasy. 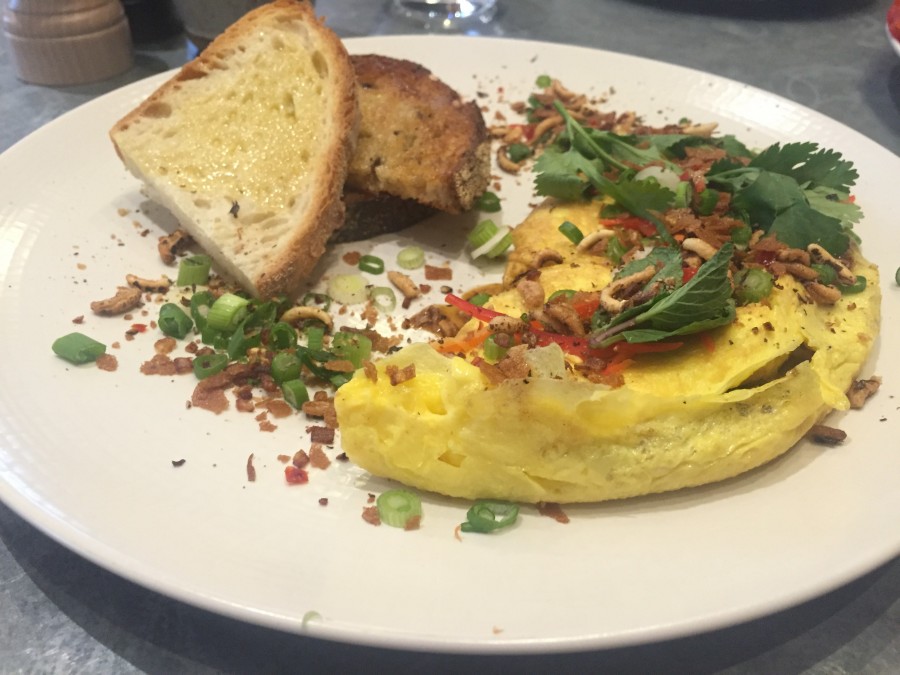 Smoked burrata with spelt and toasted seeds (£8.50) was big and bold; the smoke did all the talking, which worked really well with the creaminess of the cheese. We couldn’t resist getting a side of sausage, that’s a Quality Chop House merguez sausage (£3.50), which was seriously spicy. 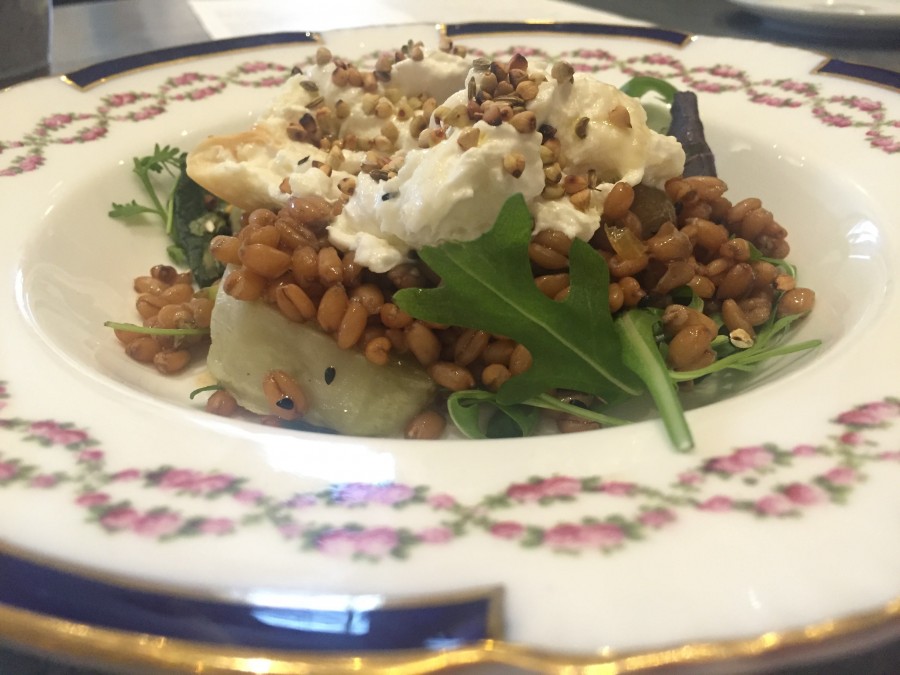 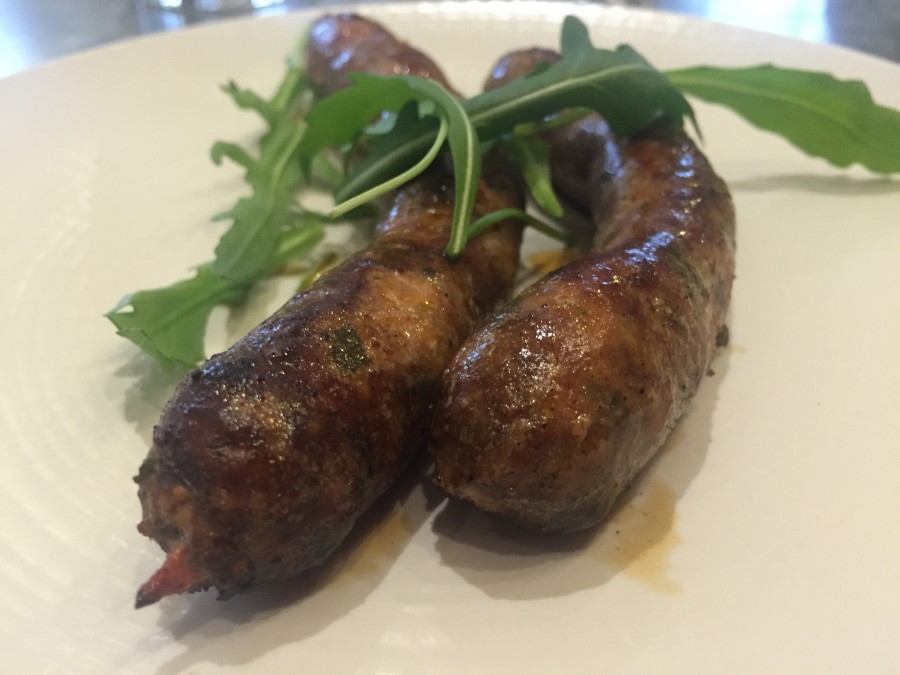 For pudding (you have to order pudding with brunch right?), we went for The Modern Pantry doughnuts (£6.80). Again, strange flavour combinations worked brilliantly; pandan custard with pistachio; lemon and turmeric marmalade with amachur sugar; liquorice chocolate custard and urfa chilli chocolate. I had no idea what I was eating, all I knew, it was gurt lush. 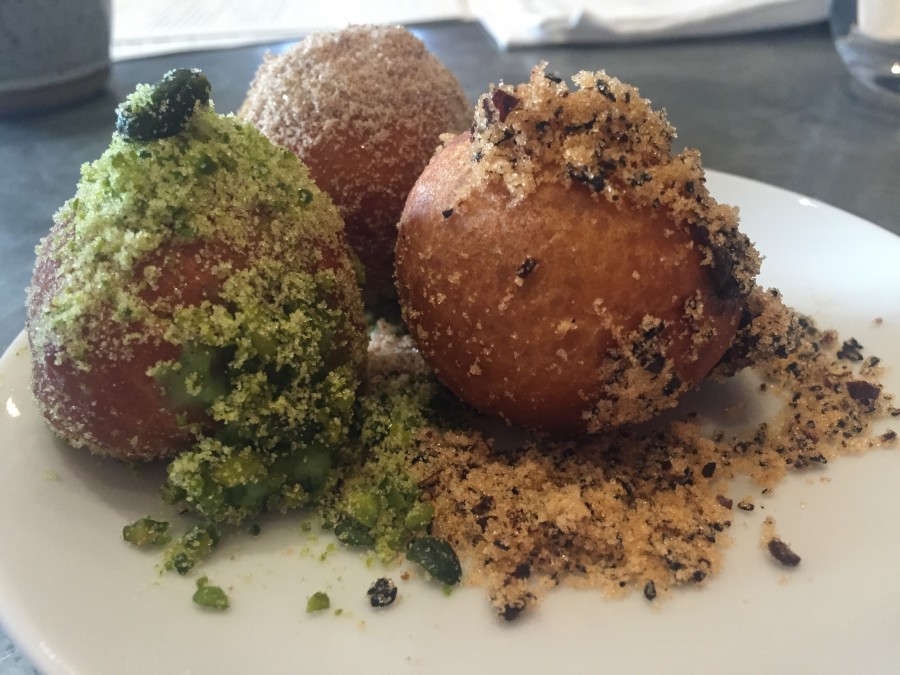 Service was sweet and friendly; our waitress was new and wasn’t sure of a few things on the menu (I don’t blame her) but it didn’t seem to phase her. If it’s brunch with a difference you’re after then The Modern Pantry is well worth stopping by.