Being Mother’s Day and all, the only afternoon tea available (there are usually numerous options) was the champagne one at £65 per person. At the Dorchester hotel, afternoon tea takes place in the promenade, a glamorous corridor which is the perfect place for people watching – we saw Rod Stewart and Ralph Fiennes on our visit which pleased my Mum no end. 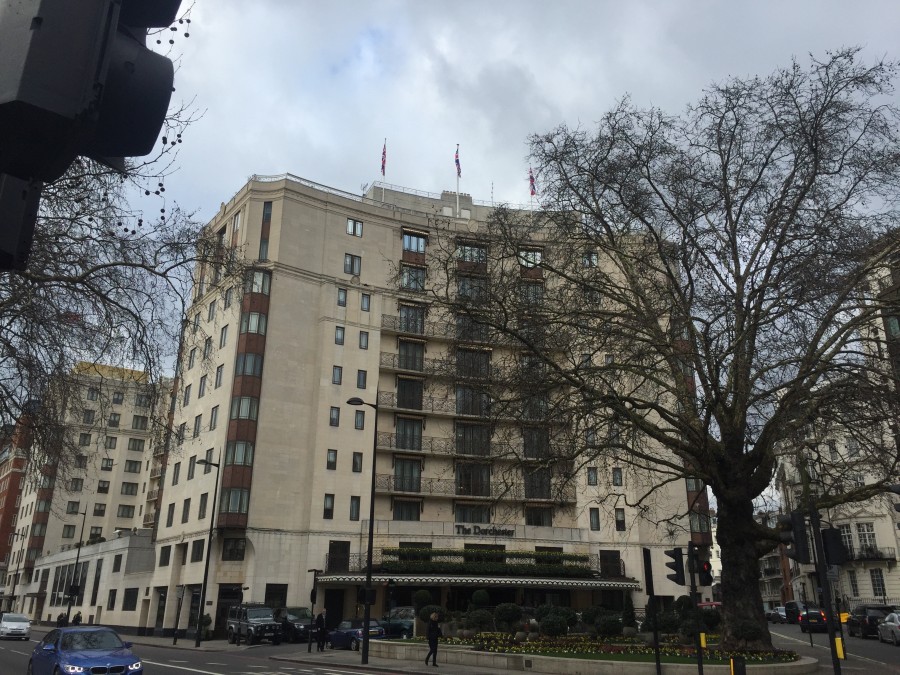 When you pay that much for cake and sandwiches you hope for perfection, you hope for a unique and memorable experience. Our waiter greeted us by saying “hello chaps” which was like a trumpet playing a duff note. Service was all very casual, they never remembered who ordered what tea so they had to keep asking. The waiters would have banter between each other as they served different tables. 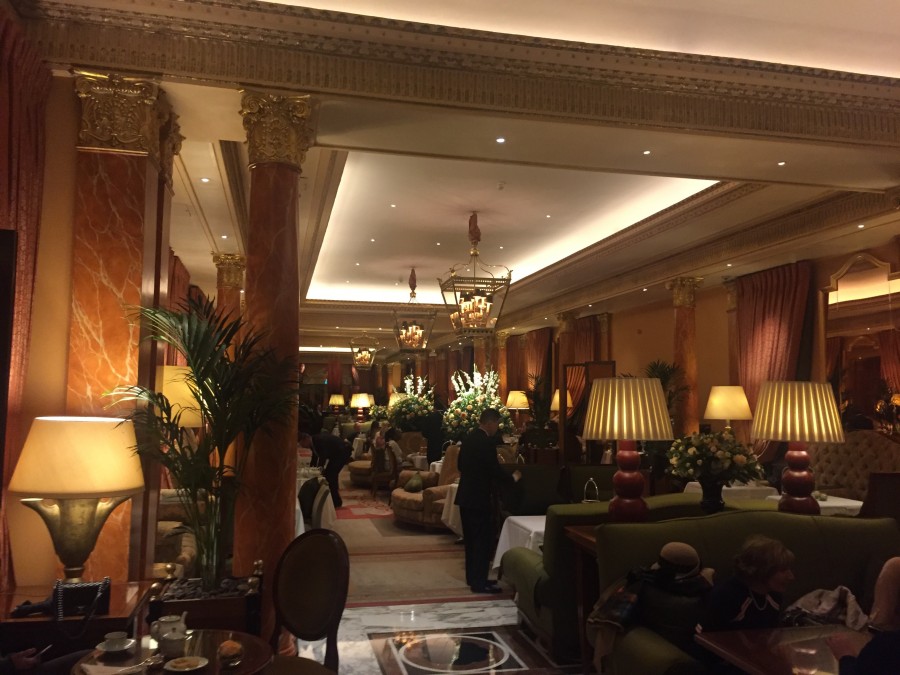 But it wasn’t all bad. The sandwiches were exquisite and they were served silver service style so you could re choose as many of the ones you like ad infinitum. Pastrami with capers, smoked salmon, chicken, egg; simple stuff but their freshness and only the highest quality ingredients ensured they were scoffable. 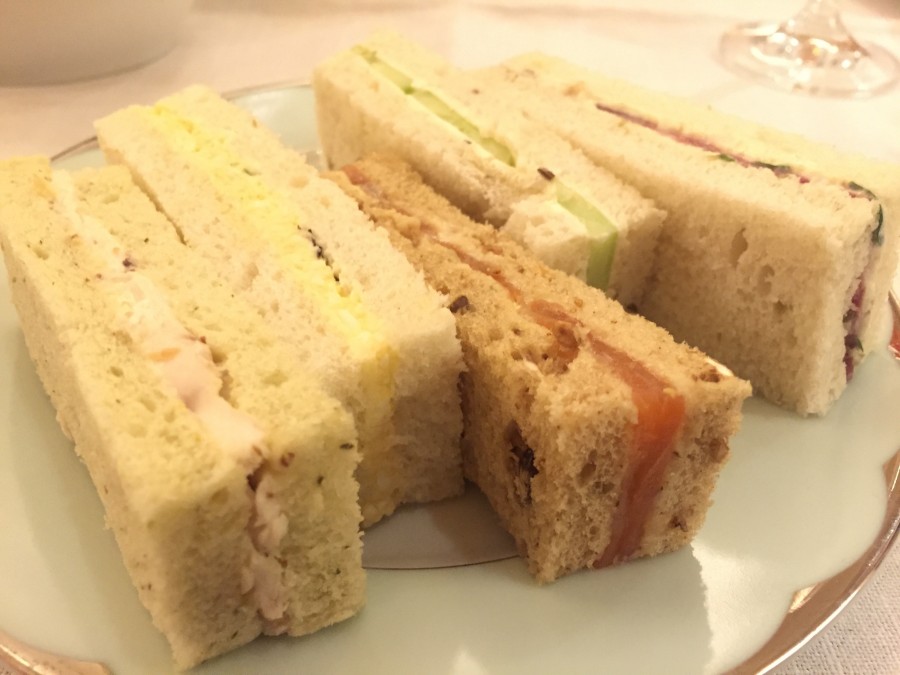 Scones were next but totally under baked giving them a doughy texture; I had to scrape them from the roof of my mouth after every bite which wasn’t quite as glamorous as the surrounds. I mentioned to a waiter that they were under done and he seemed offended. He then avoided our table for the duration of our stay. 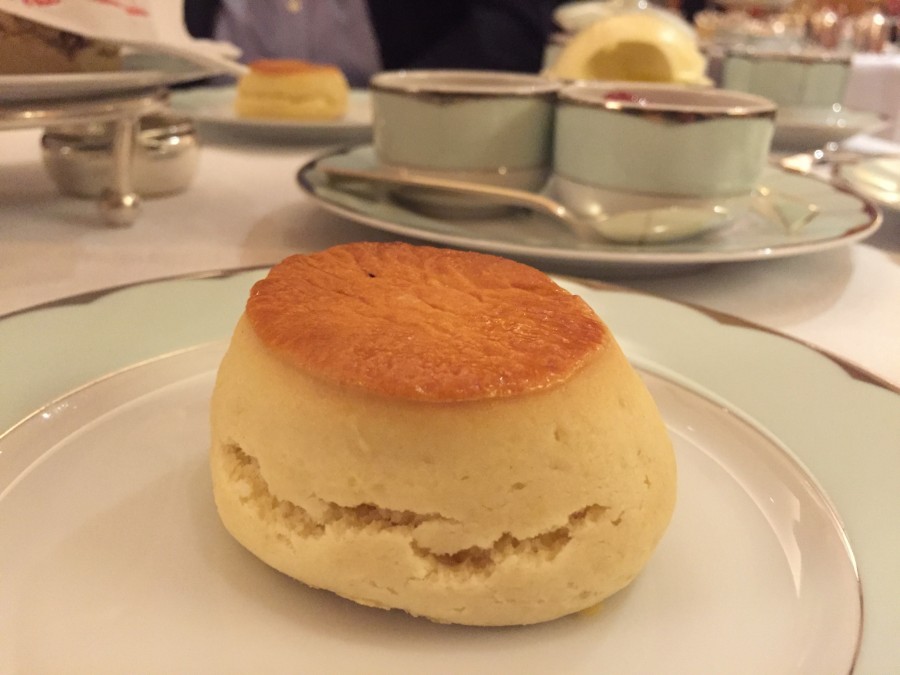 Then there was the wait. The gaps between courses (and the refills of tea) were epic. That would be fine of course if we were given the table for the afternoon, but as the final treats arrived (some average madeleines and a dry finger of sponge) we were given the bill – our 1 hour 45 minute slot was up. I honestly have no issue with turning tables, we all have to make money, but just serve the bloody food quicker and it wouldn’t seem as offensive. 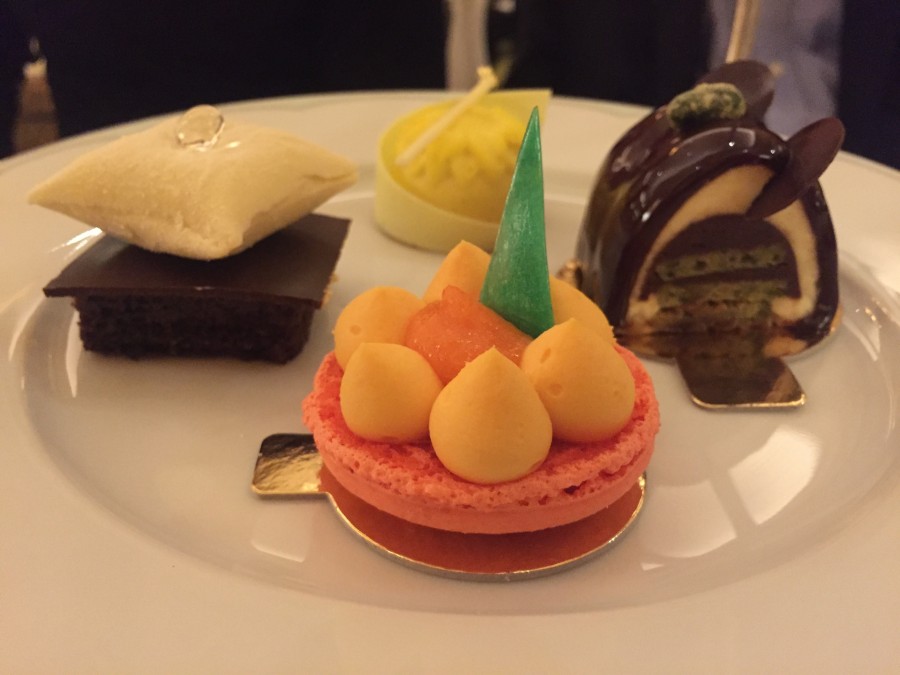 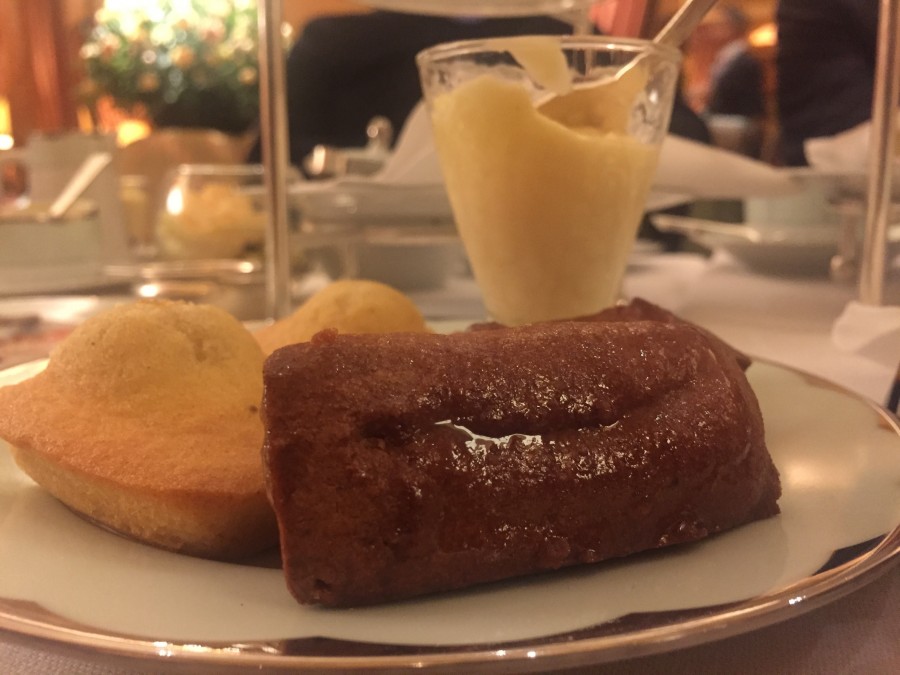