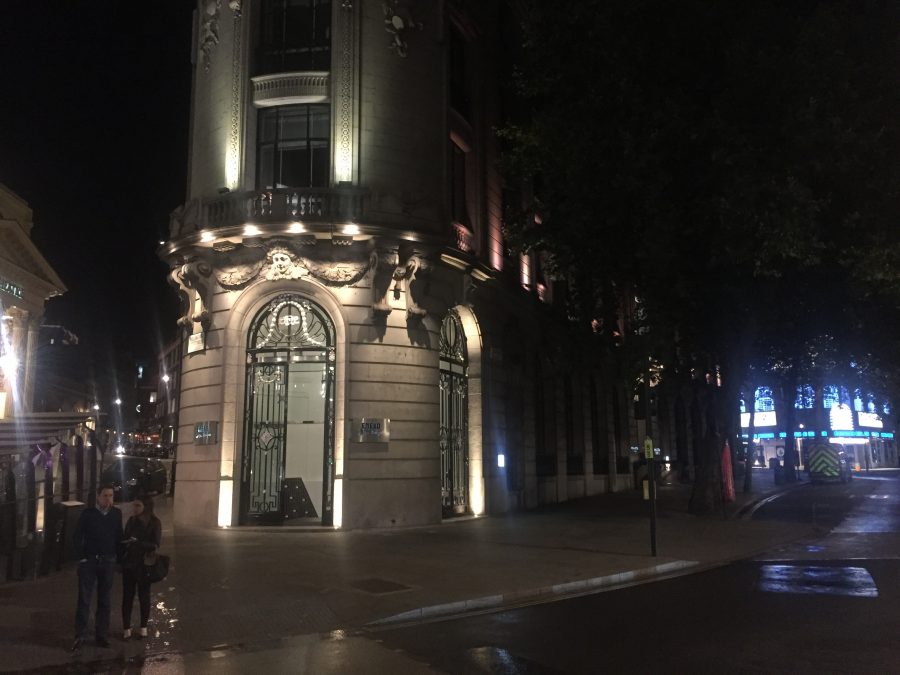 So here we have Eneko at the hotel One Aldwych which has extensively refurbed its basement dining room to house Eneko Atxa’s creation (he owns a three Michelin star restaurant in Bilbao). The room is large and due to the 50% off soft opening period for the whole of August, it was packed.

Lighting was both a little too light and a little too dark. Spotlights shine on the middle of each table but with one directly above my head (making me feel like I was being beamed up to another planet) and with my gentleman companion’s view directly to the toilets, it was probably not the best table. 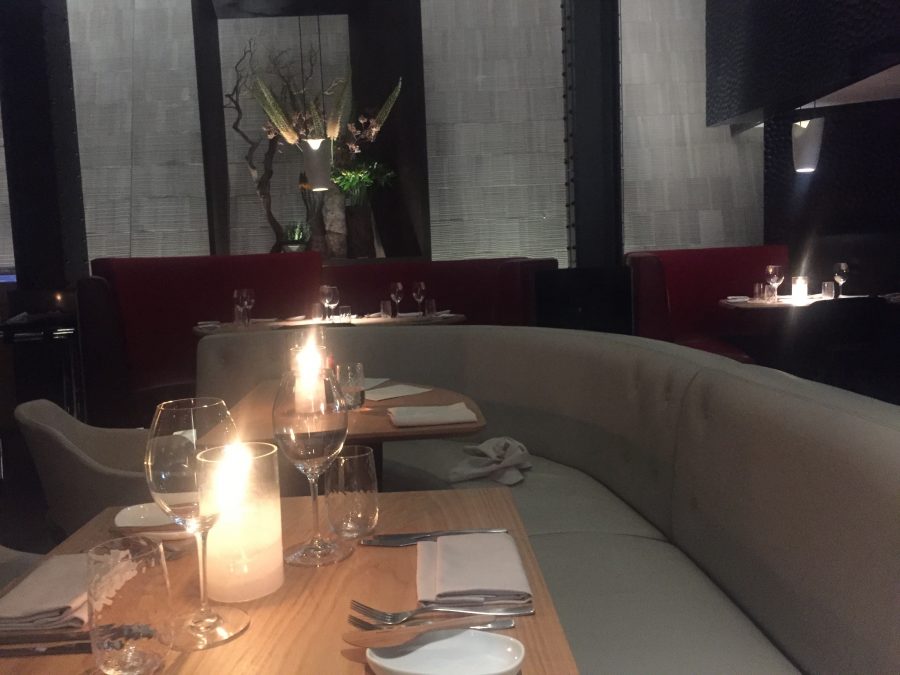 To start, ‘Pork Festival’ (£15) was definitely one of the odder named dishes I’ve devoured. It arrived at the table in a box complete with giant wooden pig’s head lid which then stared at me while I tucked into three canapés of very tasty food; crispy pig jowl, suckling pig brioche and pig and mushroom duxelle in fried bread. 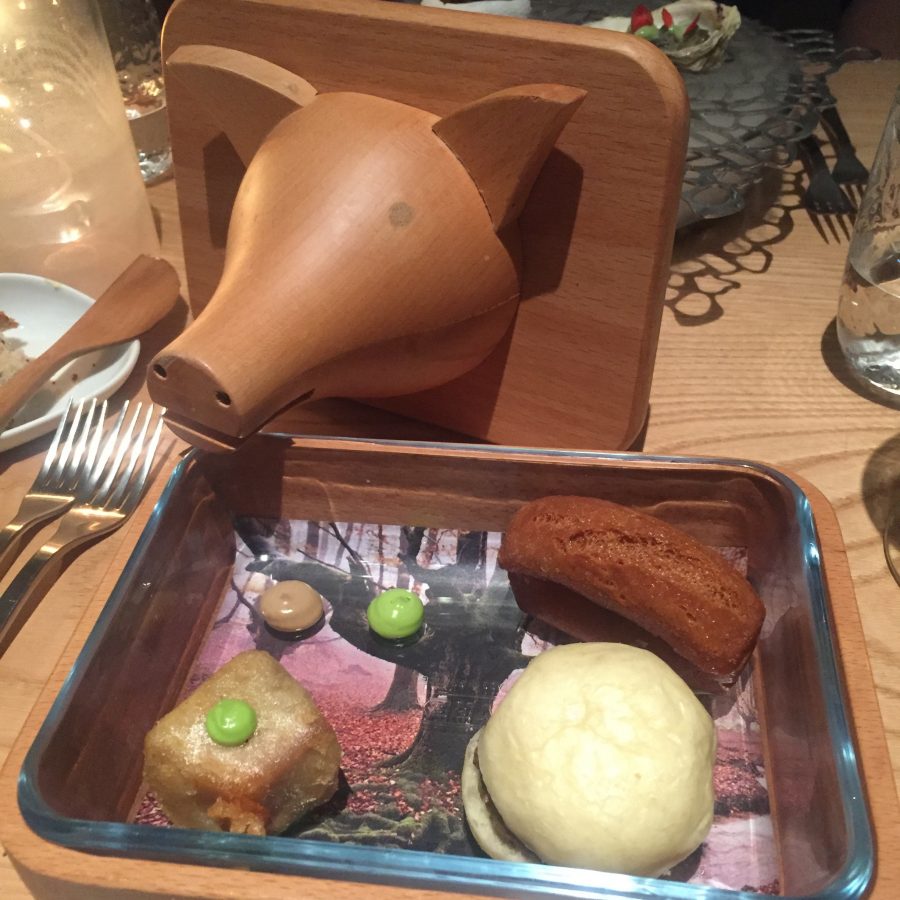 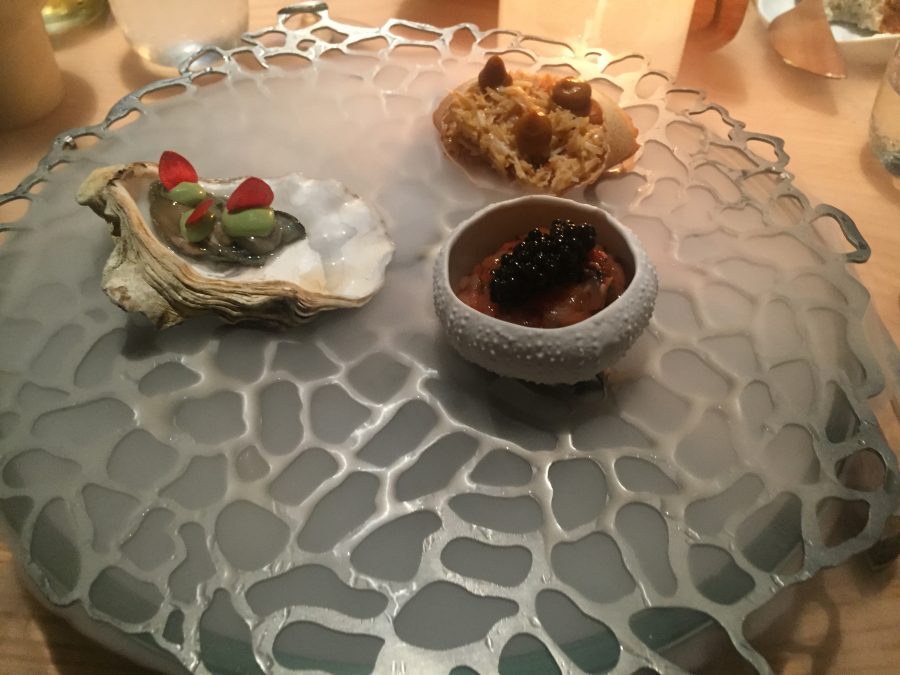 Then the main courses came and everything went to pot. Duck (£25) was a measly portion and it wasn’t even cooked well – the meat hadn’t rested for long enough meaning there was blood galore on the plate. I think my Mother could cook duck better. 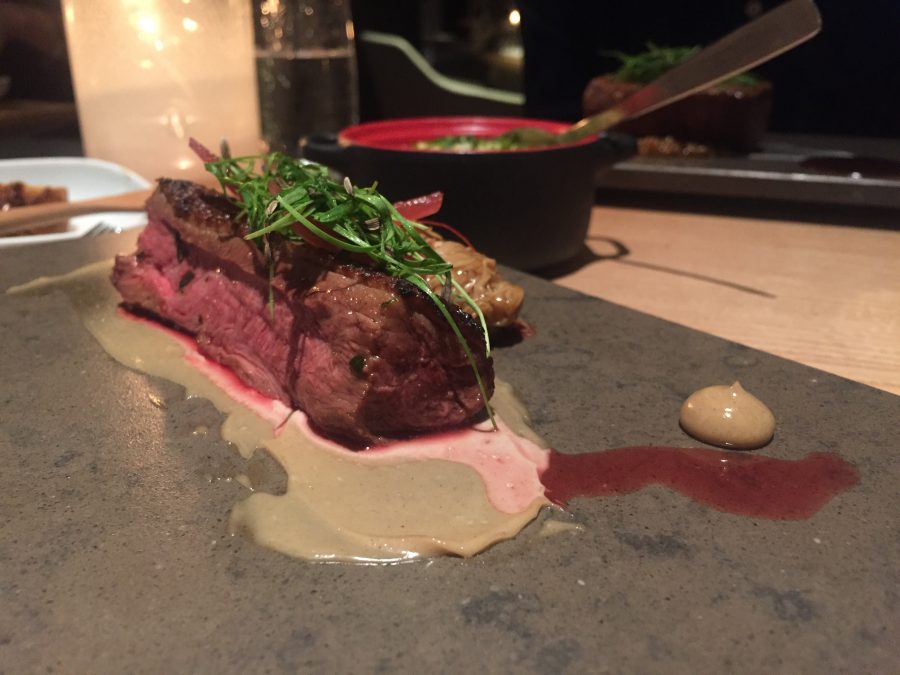 Roasted Iberico presa (£25) didn’t fare much better. Again the meat was overcooked – so chewy. As neither mains had much substance we went for a side of mashed potato (£5) which was lumpy and had split – I don’t think I’ve had a worse mash in all my days. And mashed potato? A very odd side. 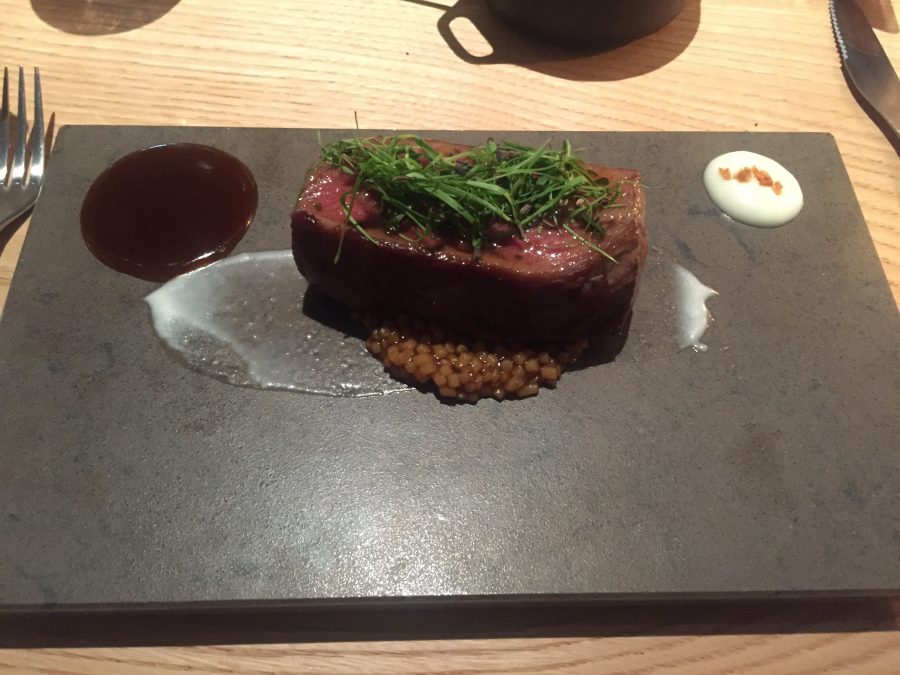 Desserts, apart from the Basque vanilla pudding (£9), were all pre made and placed on a large shelving unit in the dining room. It should have been a spectacle but it all felt a bit weird – the lighting was so bad I could barely see the puds. Raspberry macaroon with basil ganache (£9) was very pleasant but nothing more than that. 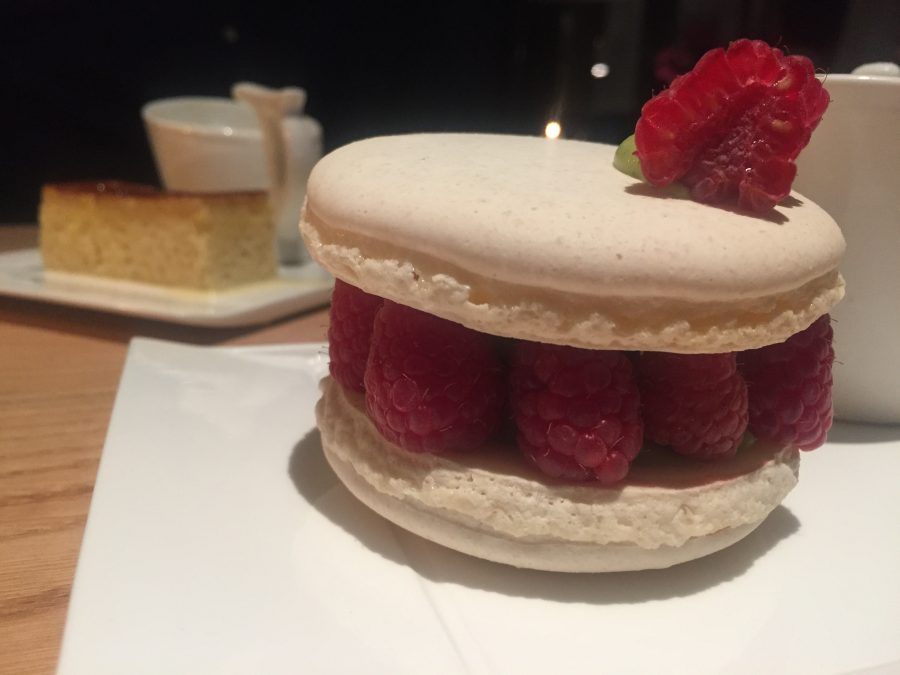 Of course, Eneko at One Aldwych is offering 50% off while it finds its feet so these niggles may iron out. But either way, not being able to cook a couple of pieces of meat correctly is a tad worrying. Maybe this one needs the owner to spend a few more months in the kitchen to get things up to scratch….