The Ludlow hotel is perfectly situated (on Ludlow itself, Lower East Side, New York); itâ€™s a trendy area with the right amount of grime and graffiti, with good restaurants and fun bars nearby. Itâ€™s also opposite Katzâ€™s Deli, which is where that orgasm scene was filmed in ‘When Harry Met Sally’. If you like a reuben sandwich then itâ€™s a must. 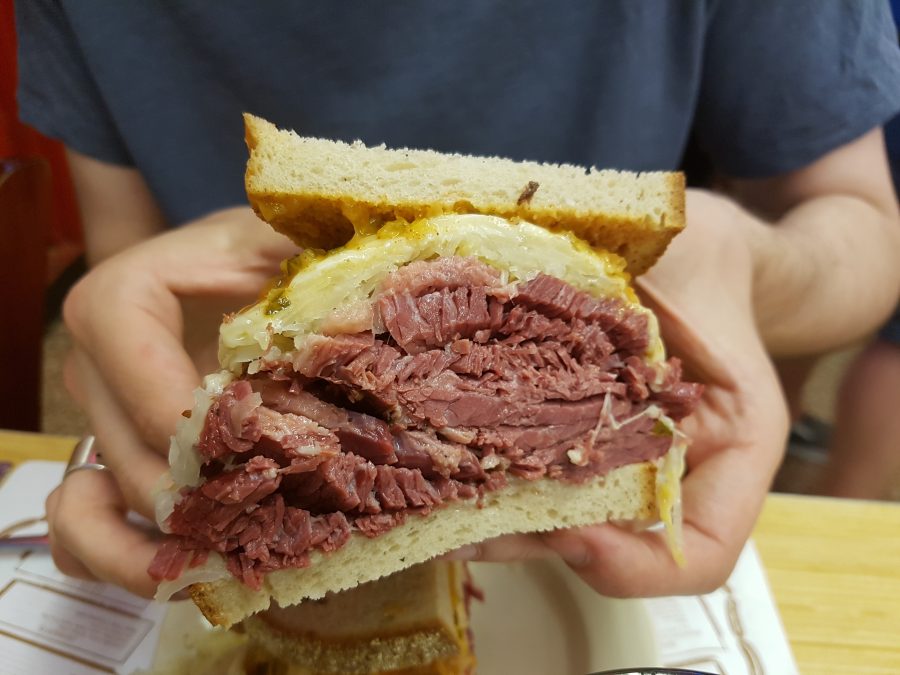 Our room was a studio queen with terrace. The outside space was huge, but the high wall at the end meant the views were quite restricted. Plus, someone above us kept throwing their cigarette butts down so weâ€™d awake to an ashtrayâ€™s worth on the floor. Oh the glamour. 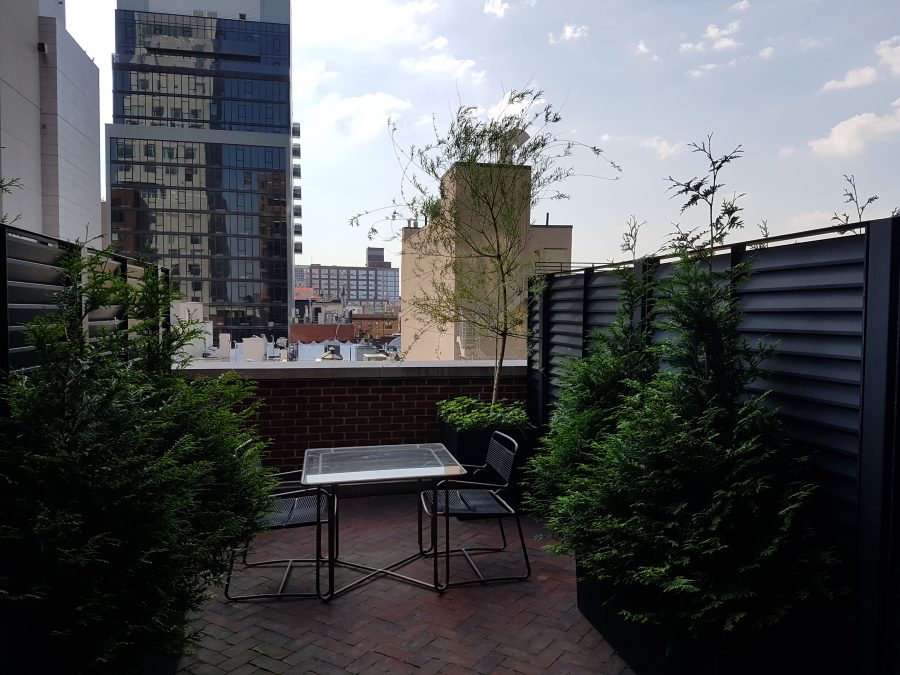 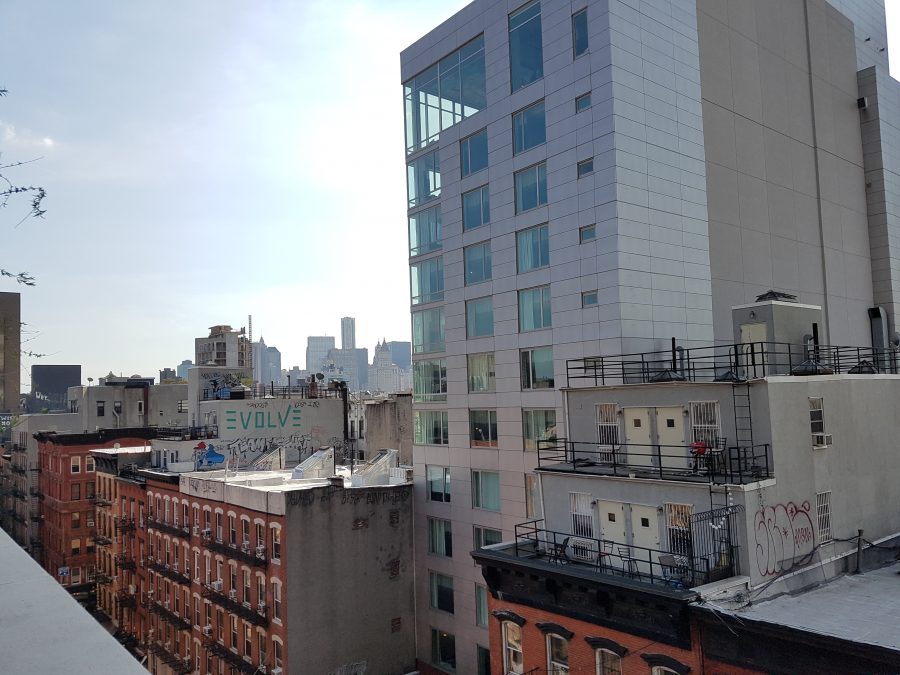 The room itself was tiny – fine for one but for two growing lads and our giant suitcases it was a bit claustrophobic. There was character aplenty at least, with lots of wooden beams.
Breakfast isn’t included but if you want my advice: do it the NYC way and grab a morning cold pressed juice. 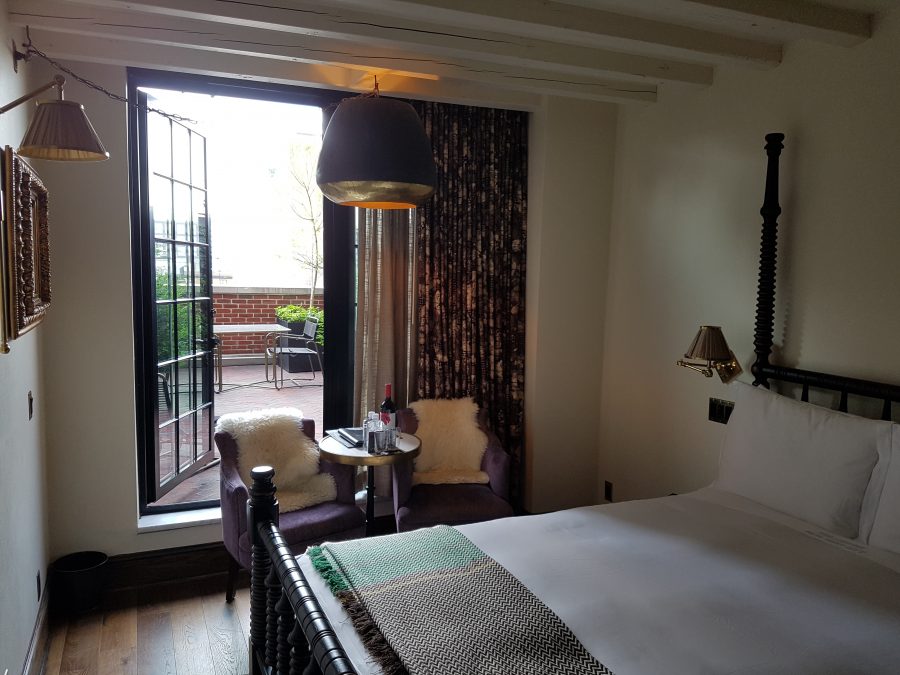 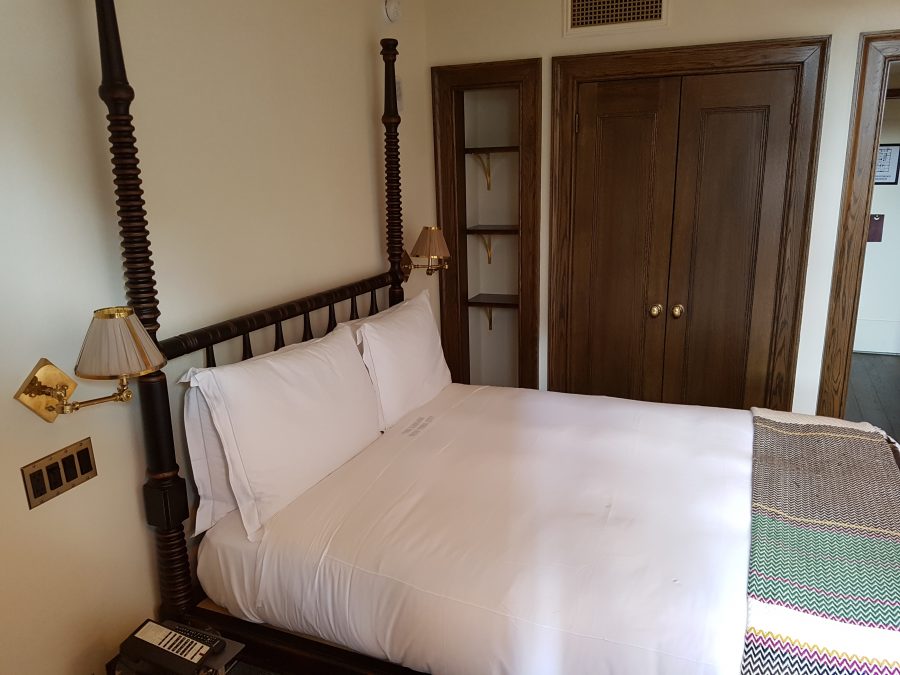 The bathroom, although done out beautifully with its gold and copper pipping and lush towels, lacked storage space for all our bits and bobs. Feeling cramped became an ongoing theme of our stay at The Ludlow. 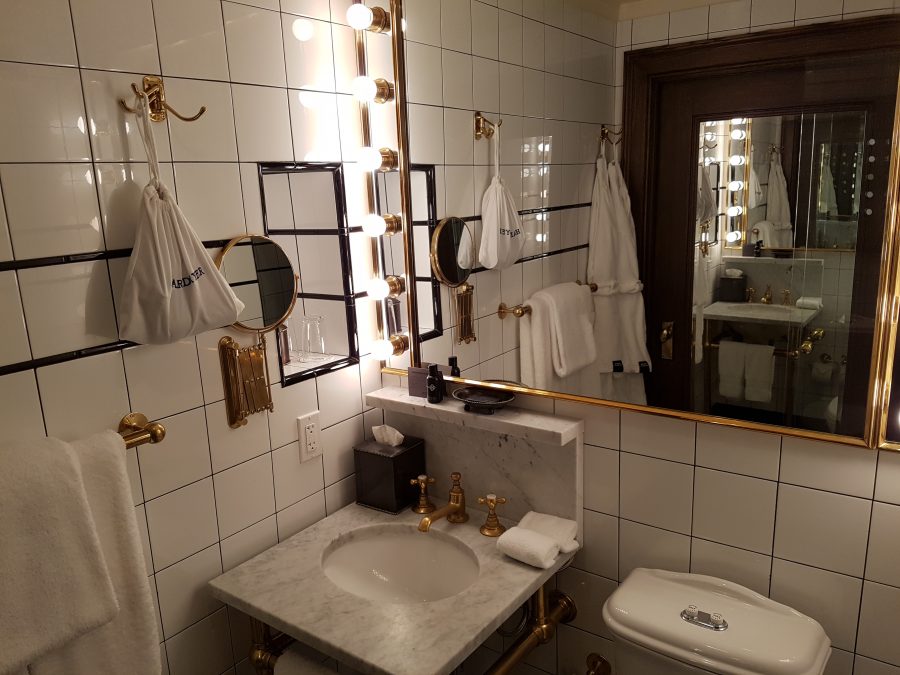 Service was a strange one; the reception staff, although seeing us numerous times a day, would treat us like strangers upon each arrival – thatâ€™s if they looked up from their desk at all. It was all a little bit too cool for school, which is surprising when New York is so renowned for its service.

The downstairs space is super cool though. The restaurant, Dirty French, although we didnâ€™t eat there, was heaving every single evening and the bar (the conservatory area is reserved for hotel guests, meaning you can usually always get a seat) is definitely a hot spot. 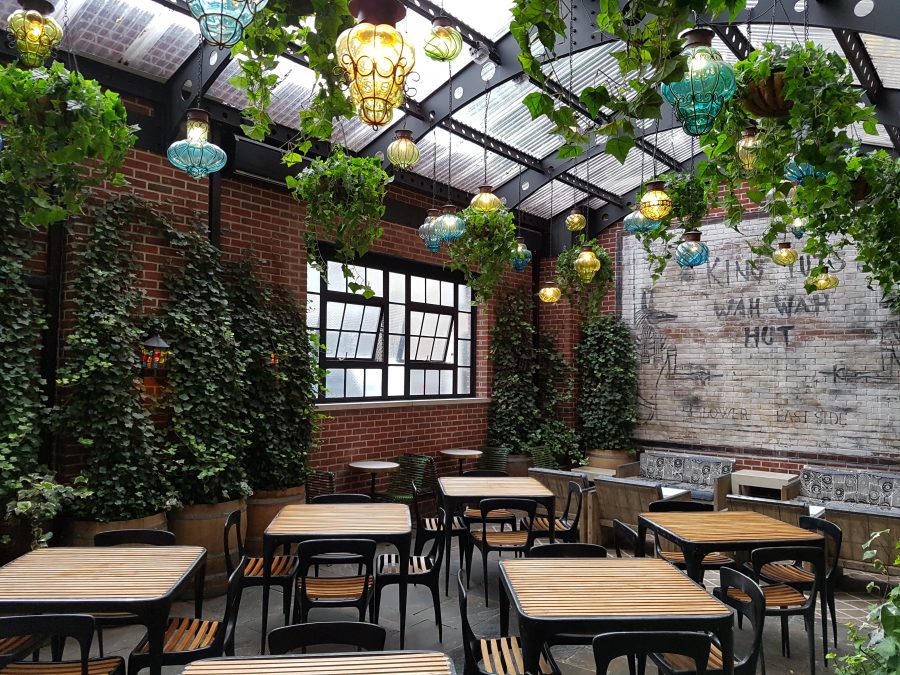 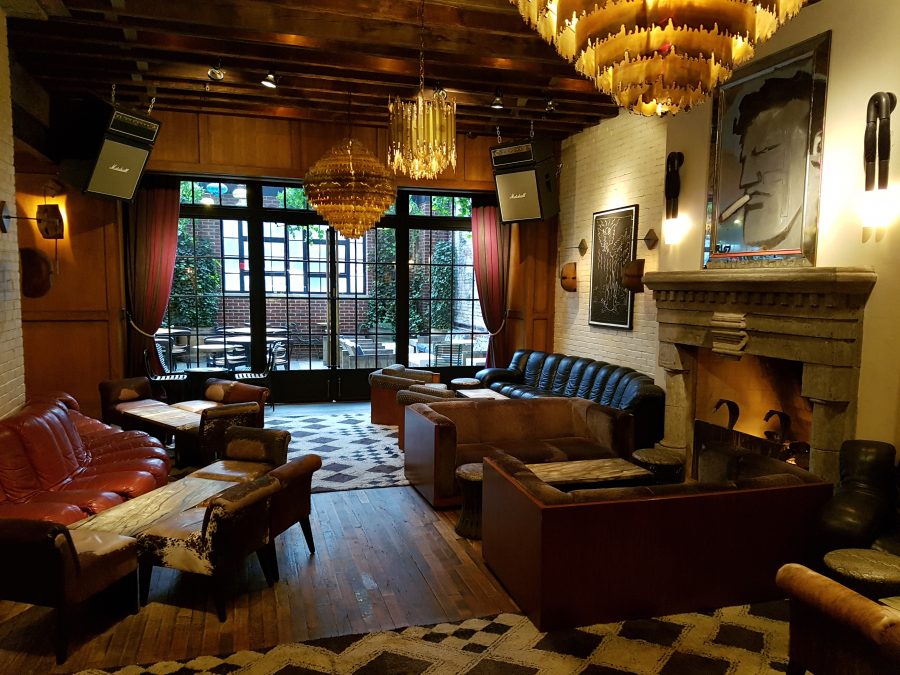 The Ludlow is certainly a trendy hotel and brilliantly located, but when I stay somewhere itâ€™s nice to feel loved. When we checked out they were reluctant to even show us a print out of our bill. Thereâ€™s laid back and then thereâ€™s just plain useless. I fear The Ludlow staff verge on the latter.