Galvin at Windows is one of those restaurants that quietly chugs along, sitting pretty on the 28th floor of the London Hilton on Park Lane, which was made more famous recently as Fred Sirieix off of First Dates is the maître d’. The restaurant, owned by the Galvin brothers, has been open for years and has retained its Michelin star since 2009.

The dining room makes the most of the view, with tables round the edge facing outwards while the middle section is raised, meaning everyone gets a piece of the action. It’s very formal and elegant but not too stuffy. 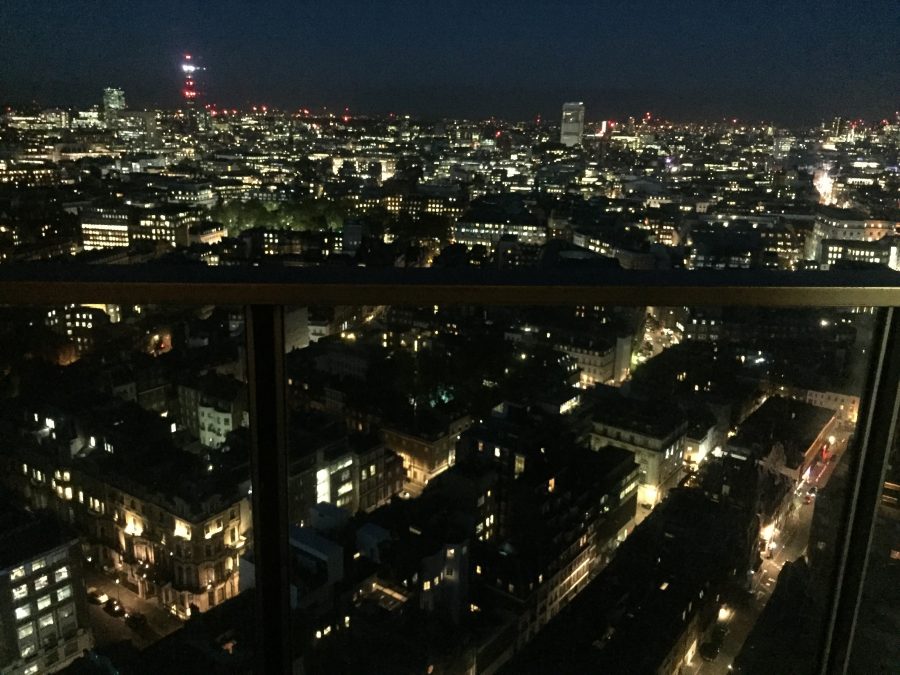 Our menu for the evening, which is available for the rest of the month, was a special Korean inspired tasting menu by head chef Joo Won (originally from Korea). £115 gets you seven courses or £169 gets you matching wines included.

An amuse bouche of deboned chicken wing, doused in plenty of gochujang (I think) was one of those things that always gets a meal off to a good start. Sitting in such fancy surrounds eating a chicken wing was really rather pleasant. 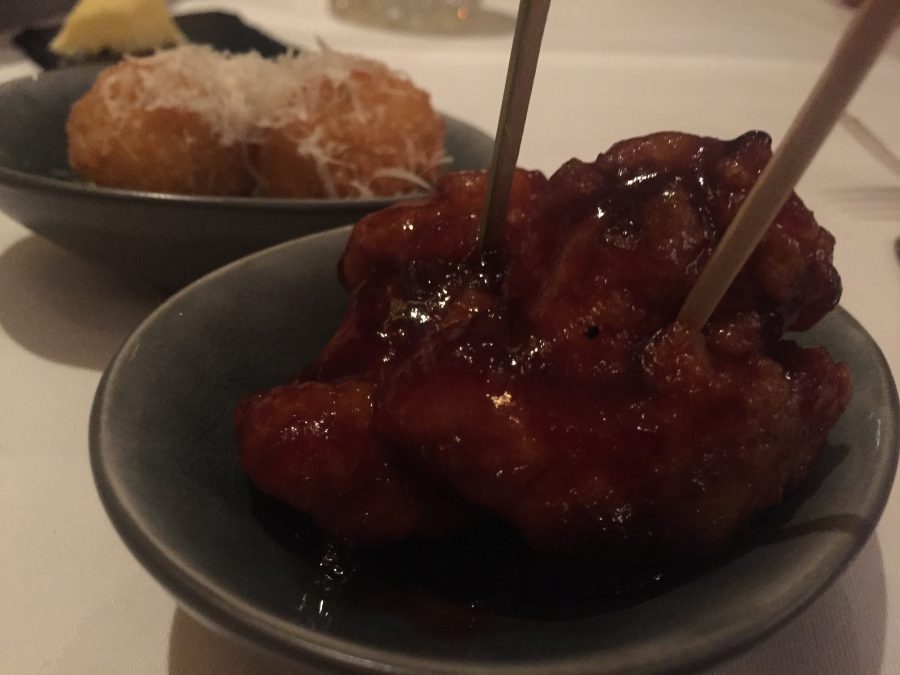 Raw orkney scallops and soy bean puree was an interesting blend of textures; some crushed peanuts being a surprising friend of the fatty scallops. I was a bit dubious of the salad of crispy veg at first; raw veg is never one to particularly excite. But eaten alongside the battered spring onion and mixed with the sweet soy sauce it all really worked. 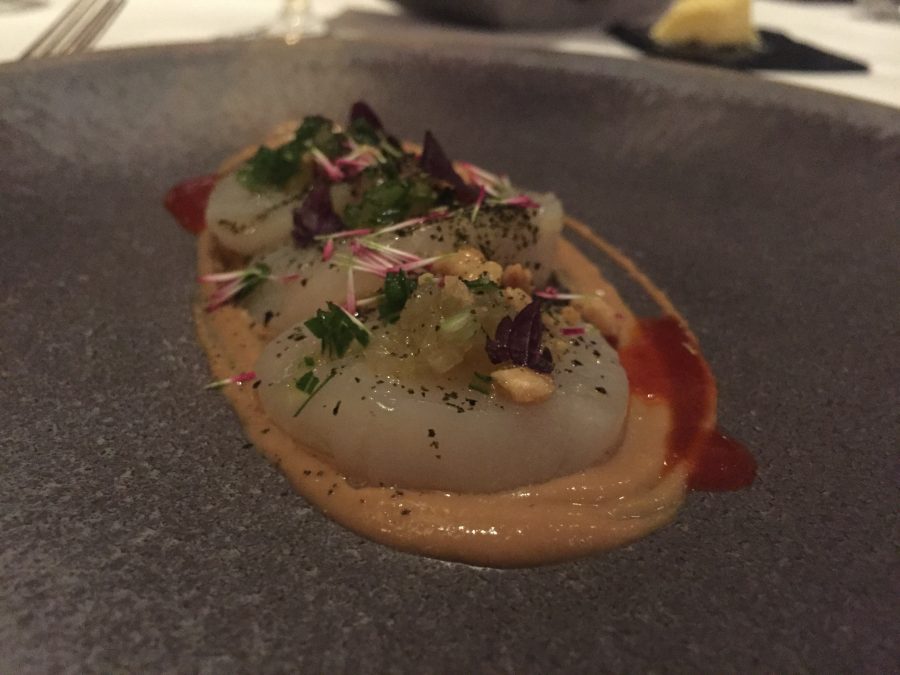 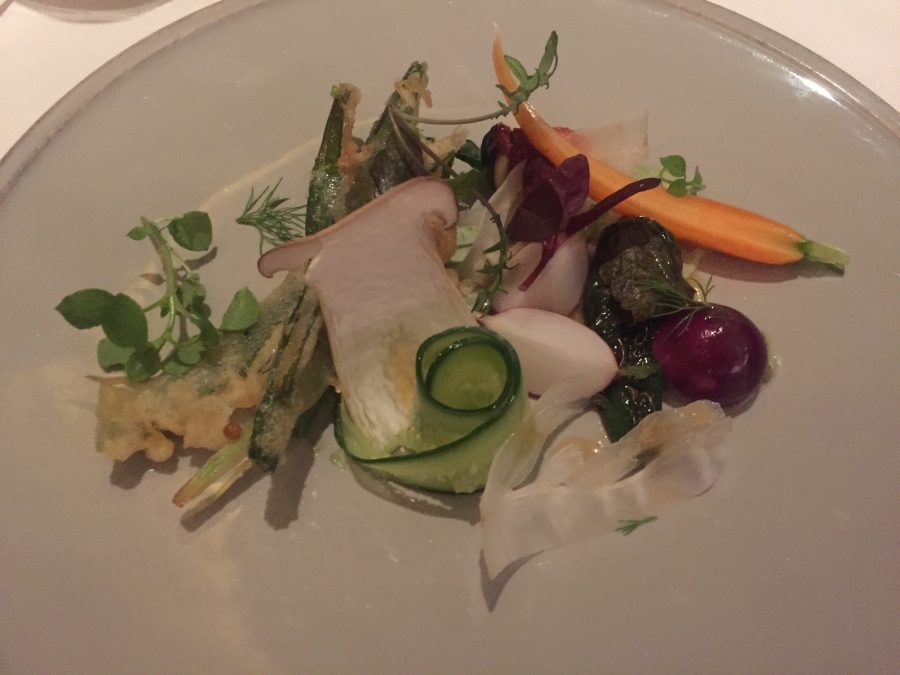 Seared foie gras atop kimchi atop toasted brioche worked very well, mainly because the kimchi was pretty subtle, any stronger and it would have overpowered the foie. And boy, do they know how to cook the perfect piece of foie gras. 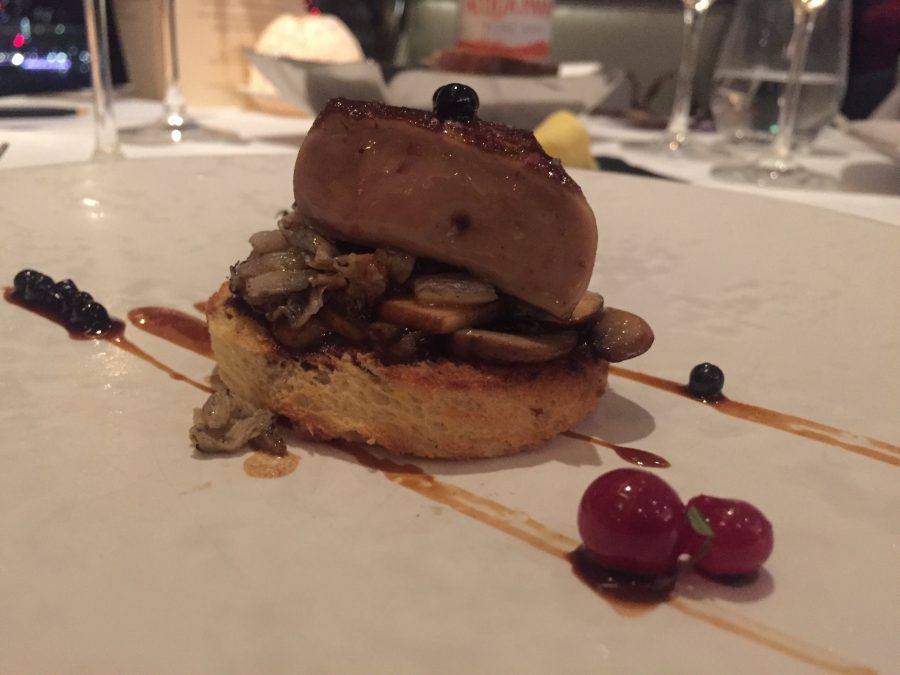 Slices of Iberico pork bulgogi with barbecued chilli squid and cucumber was another winner and probably the best thing we ate. The slices of pig were soft and fatty; with the fresh cucumber cutting through the richness of it all. 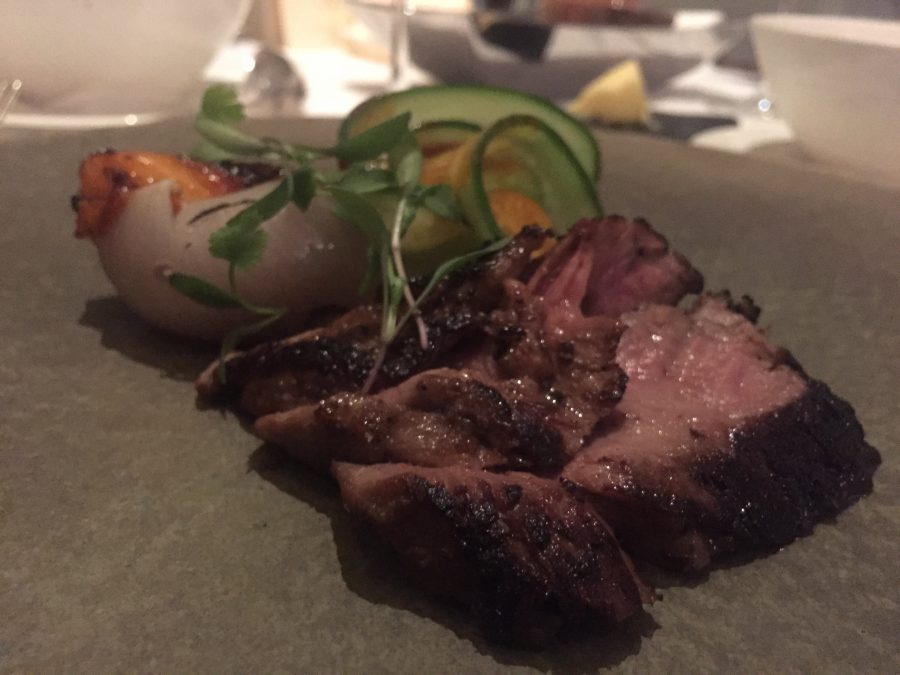 First of the sweet things: yoghurt sorbet, pine nut, blackberry and shizo granita, quickly followed by a light castella sponge accompanied by a white chocolate and deonjang cremeaux and pumpkin ice cream. Such a clever and interesting blend of flavours. 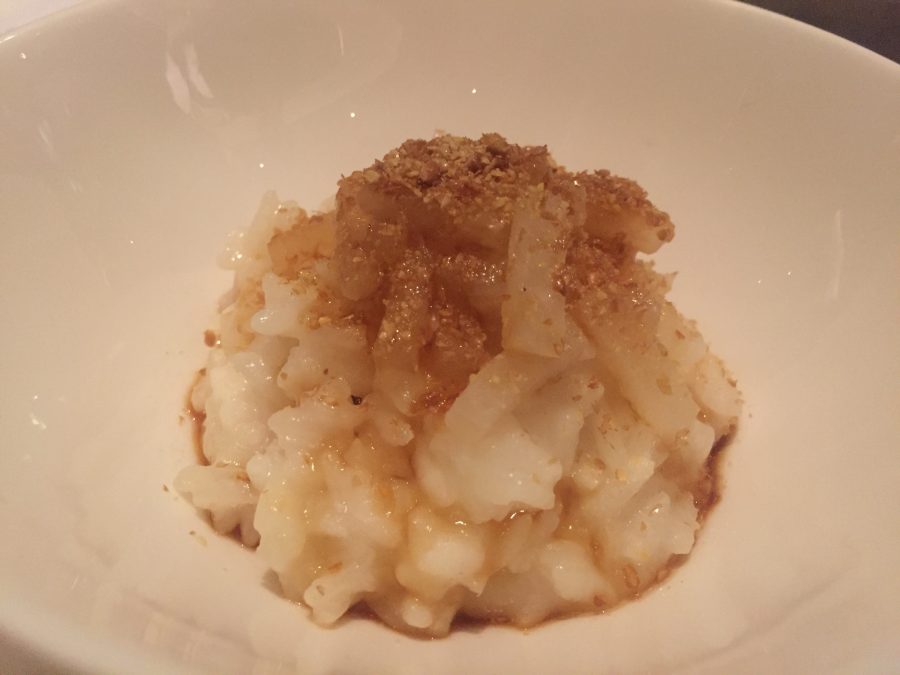 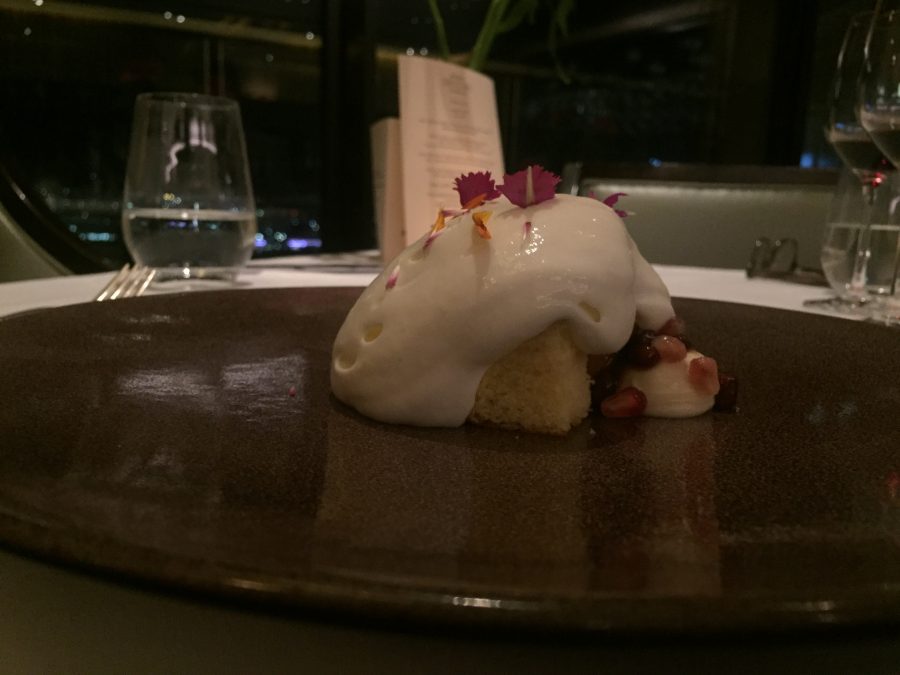 Quite often when established restaurants do fusion menus it’s all a bit pointless but the fact the chef is actually Korean gives the whole thing a purpose. The dishes are unusual but not just for the sake of it – flavour comes first. Thrown in with some old school, fine dining service and you’ve got something quite special.

Galvinatwindows.com
We dined as guests of the restaurant.