Our first taste of Dominique Ansel’s sweet treats was at his cafe in New York. This chap worked for years as the exec pastry chef at two Michelin star Daniel in New York and then set up his own place which was made all the more famous by his invention the CronutÂ®. Mum, that’s a cross between a donut and a croissant, youâ€™d love it. 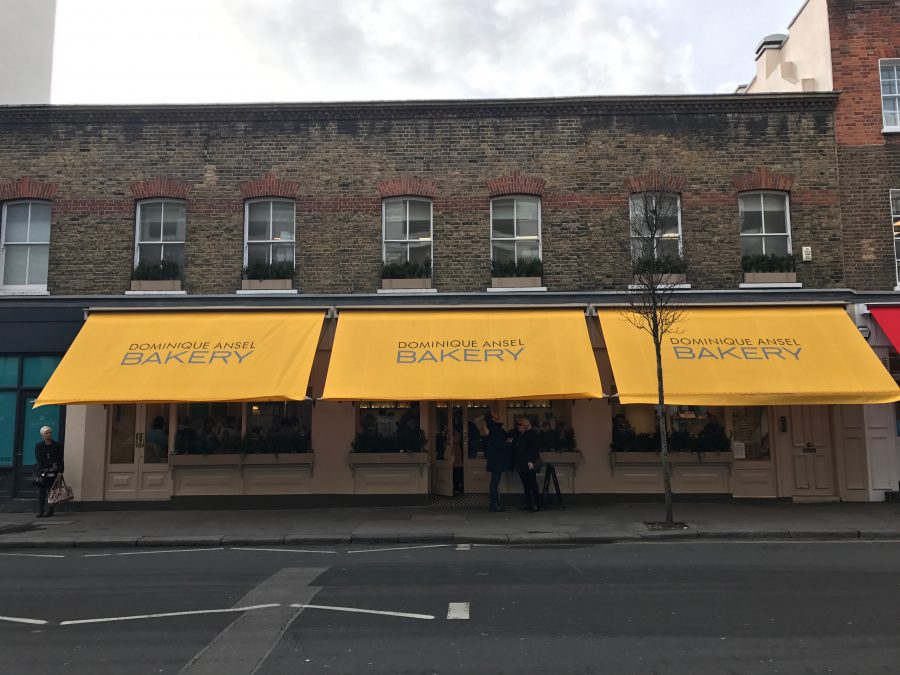 Not content with two places in NYC and one in Japan, he’s now opened in Victoria, London and it really is lovely. There were huge queues when they first opened in 2016 but three of us stop by at 11:15 on a Saturday and there’s plenty of space. It’s bright and airy with a conservatory out the back. You order at the counter and they bring it all over. 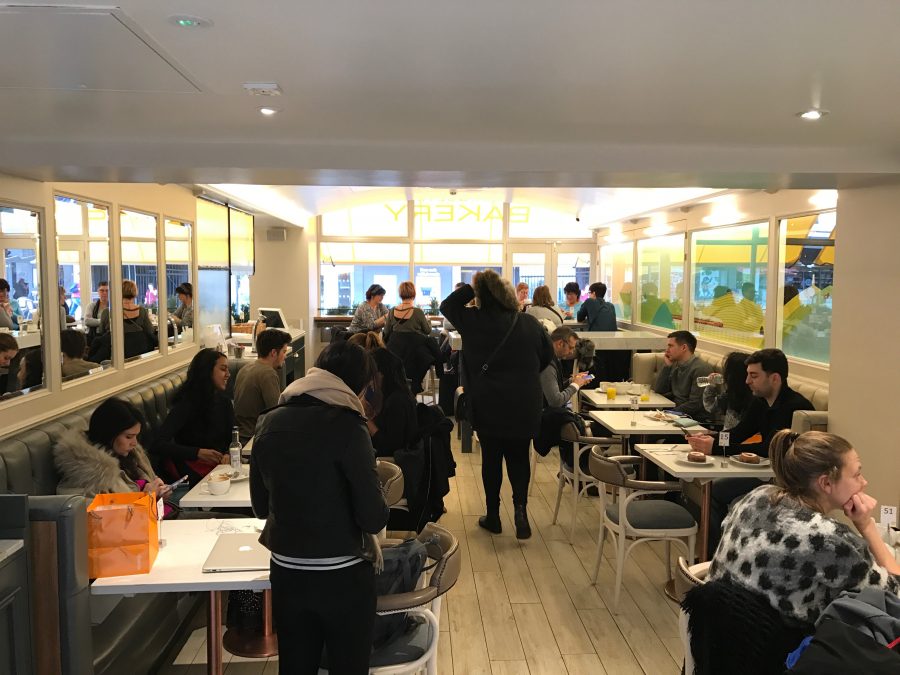 A chorizo croissant (Â£4.50) sees the flakiest pastry Iâ€™ve come across and itâ€™s topped with crispy/chewy bits of cheese which make me swoon. Welsh rarebit croissant (Â£4.20) has layer upon layer of light pastry and a cheese sauce filling which is fiery with mustard. 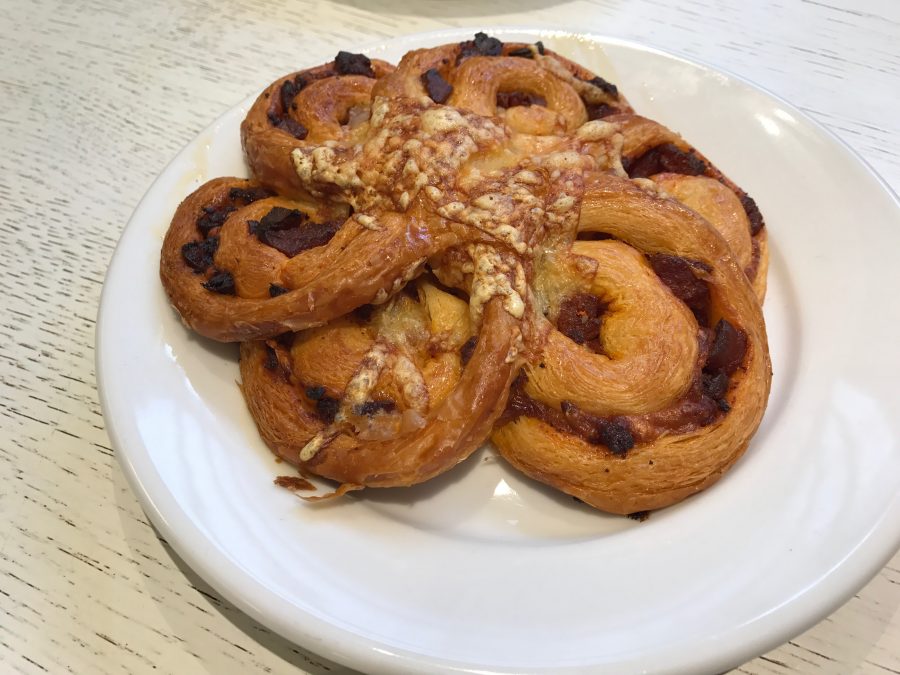 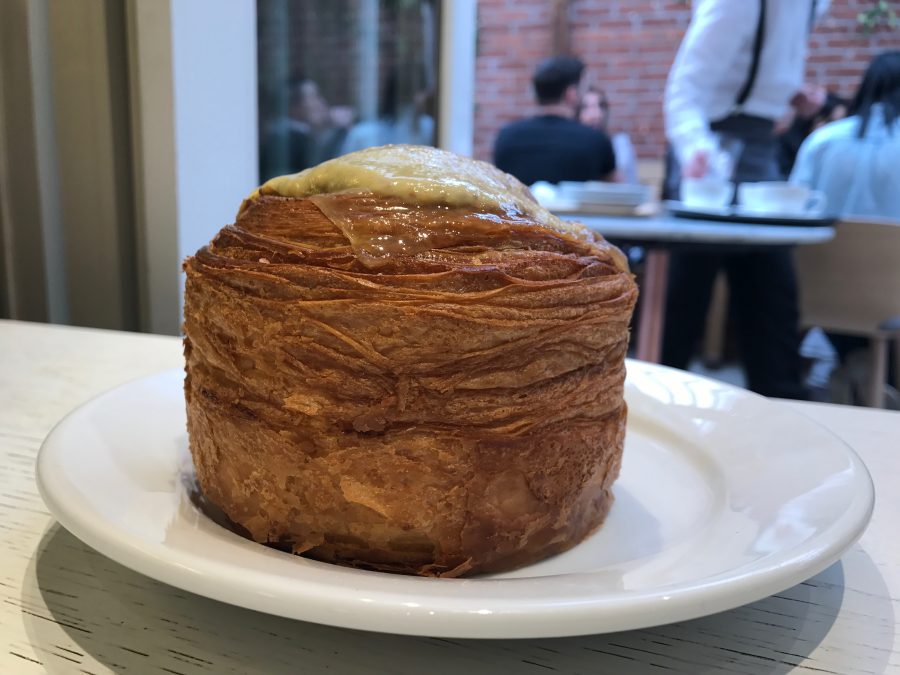 Frozen sâ€™more (Â£7.20) is something of a signature dish – itâ€™s his take on the American campfire treat. Here, Tahitian ice cream is covered in marshmallow, stuck on a stick of smoked willow and blowtorched to order. It tastes naughty. 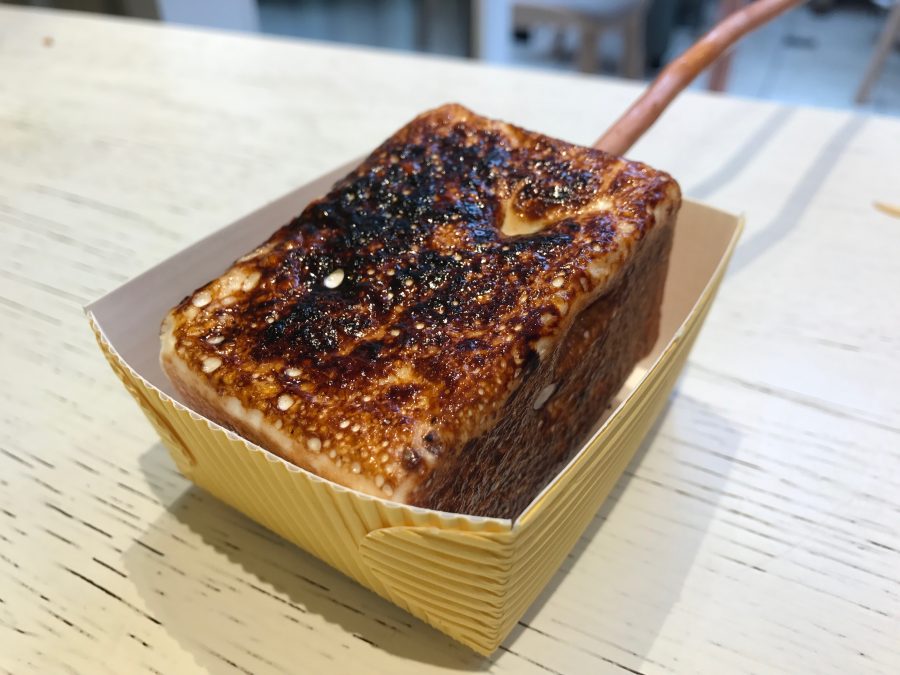 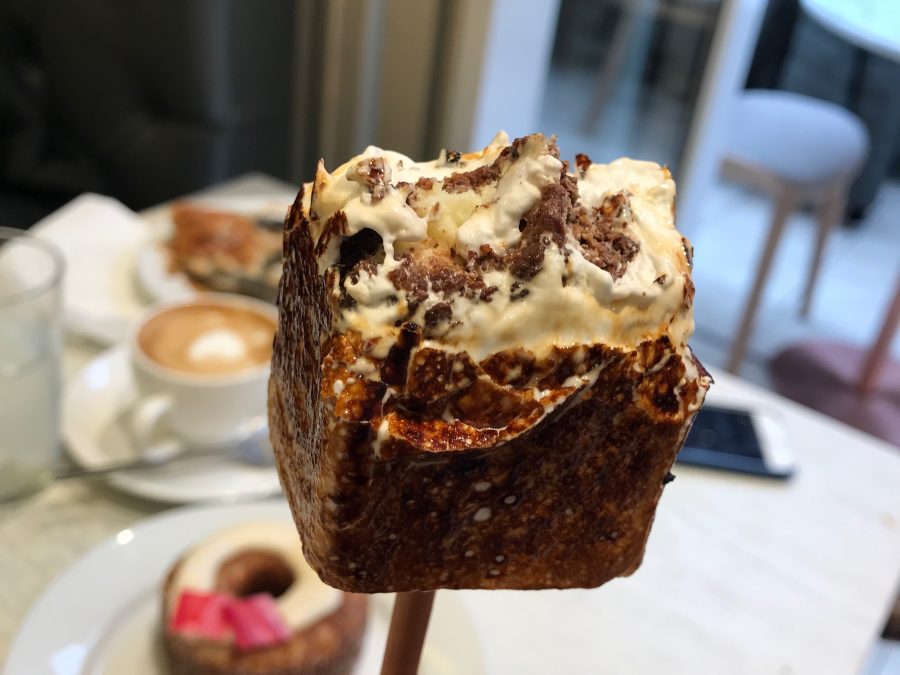 The CronutÂ® (Â£4.80) is worthy of its previous attention – maybe I wouldnâ€™t queue for hours to get my hands on one but itâ€™s sweet perfection. The fillings change regularly – on our visit itâ€™s rhubarb, all sharp and tangy and totally devour-worthy. 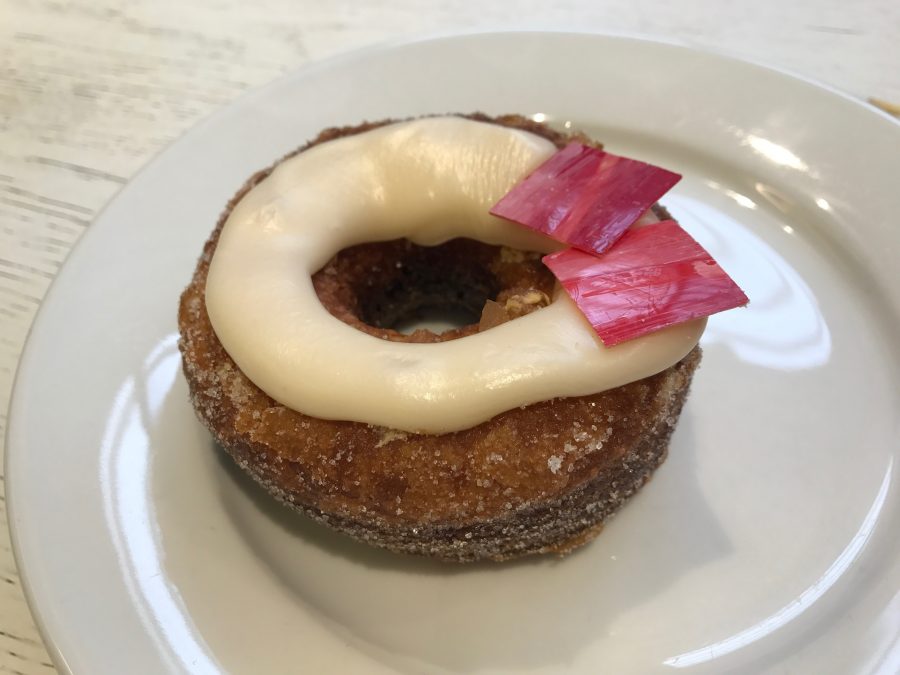 The best thing we eat is a chocolate chip cookie shot (Â£4.80).Basically a shot glass made from cookie dough and filled with vanilla milk. The cookie melts slightly making the milk chocolatey which adds to the delight. 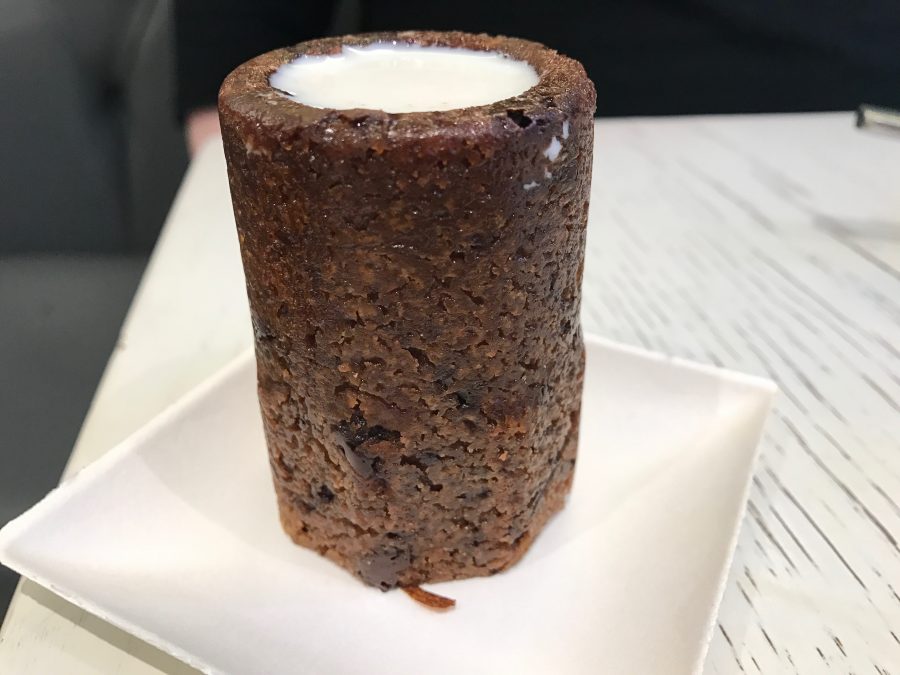 If youâ€™re into your sweet things then a visit to Dominique Ansel Bakery is a must. Sure, the cakes are unusual and unique but above all theyâ€™re frigginâ€™ delicious and thatâ€™s the most important thing.