Tonkotsu is superb. There’s one right near my flat too meaning Eat the Bits chicken wings feature in my diet far more heavily than they should. It’s one of the most consistently brilliant quick bites you can eat in London.

Great news then that they’re taking over their sister restaurant, Anzu in St James’s Market, for 3 months. Let’s hope it becomes a permanent fixture which would only be a good thing for the area.

It’s the same menu as most of the other Tonkotsu restaurants. We start with those wings (£5.75), generously doused in Eat the Bits chilli sauce. They sell jars to takeaway (£5.95) and it’s something I couldn’t live without. The crunch on that chicken is enough to rival Chick ‘n’ Sours. 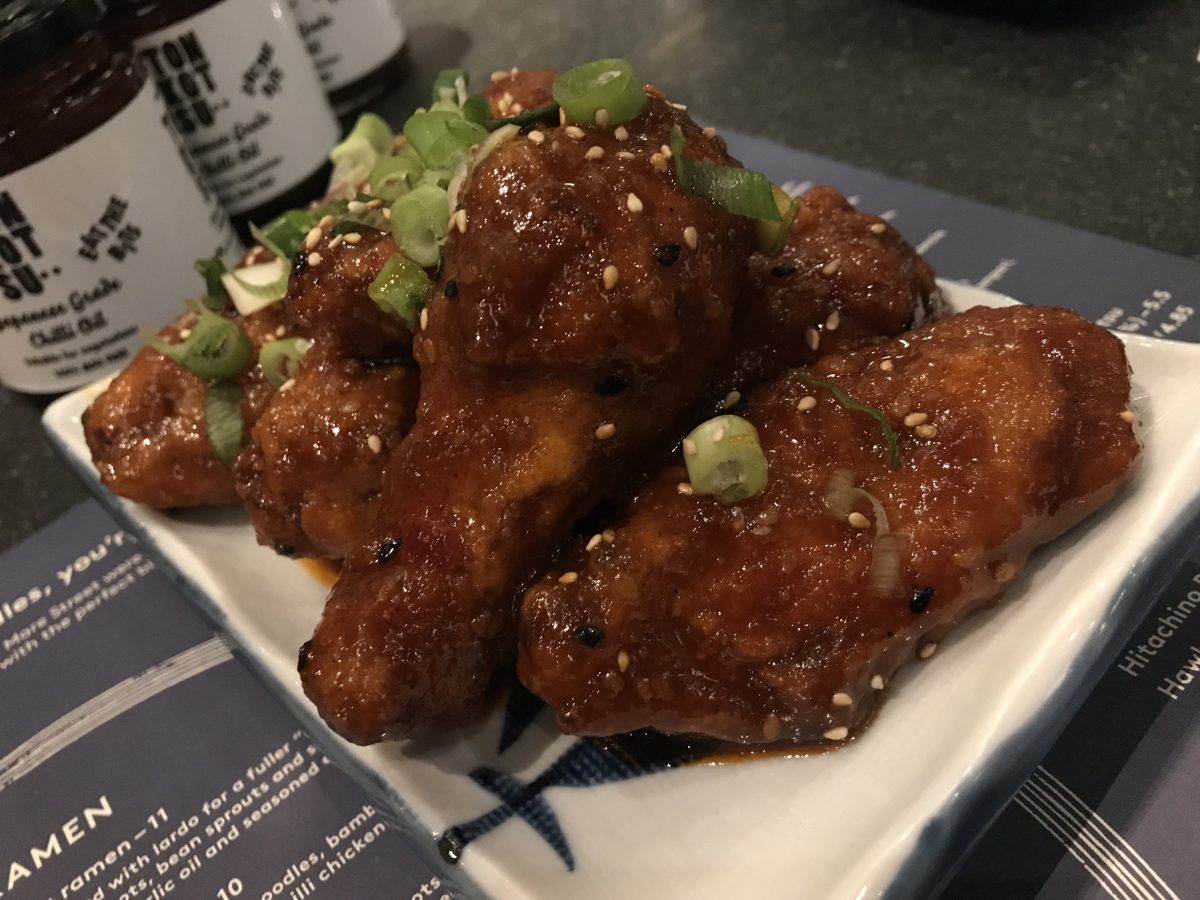 King crab and pork gyoza (£5.75) are shaped like tortellini. The dumpling casings are light and sticky holding a generous amount of sweet crab. King prawn katsu (£6.95) are whopping buggers. They come with a sugary, tangy dipping sauce which is lush. 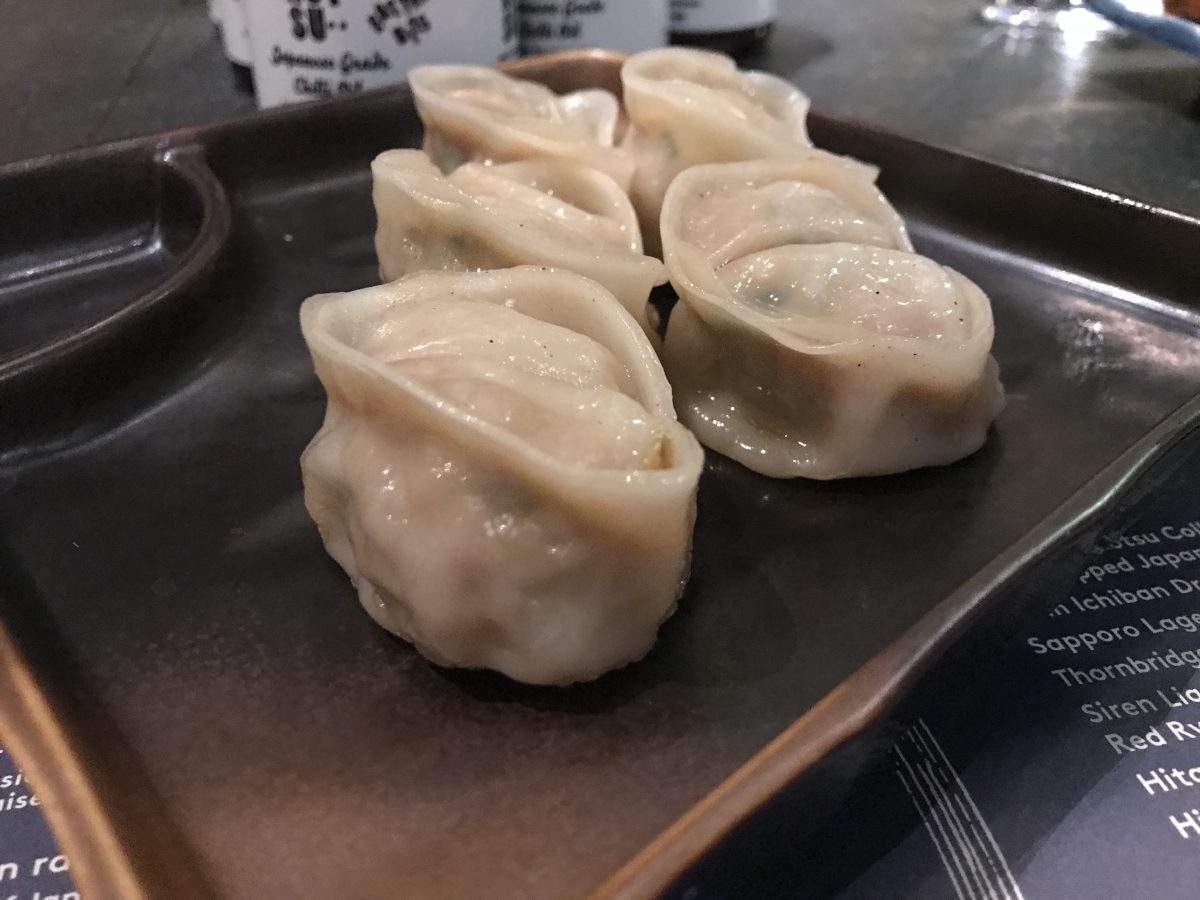 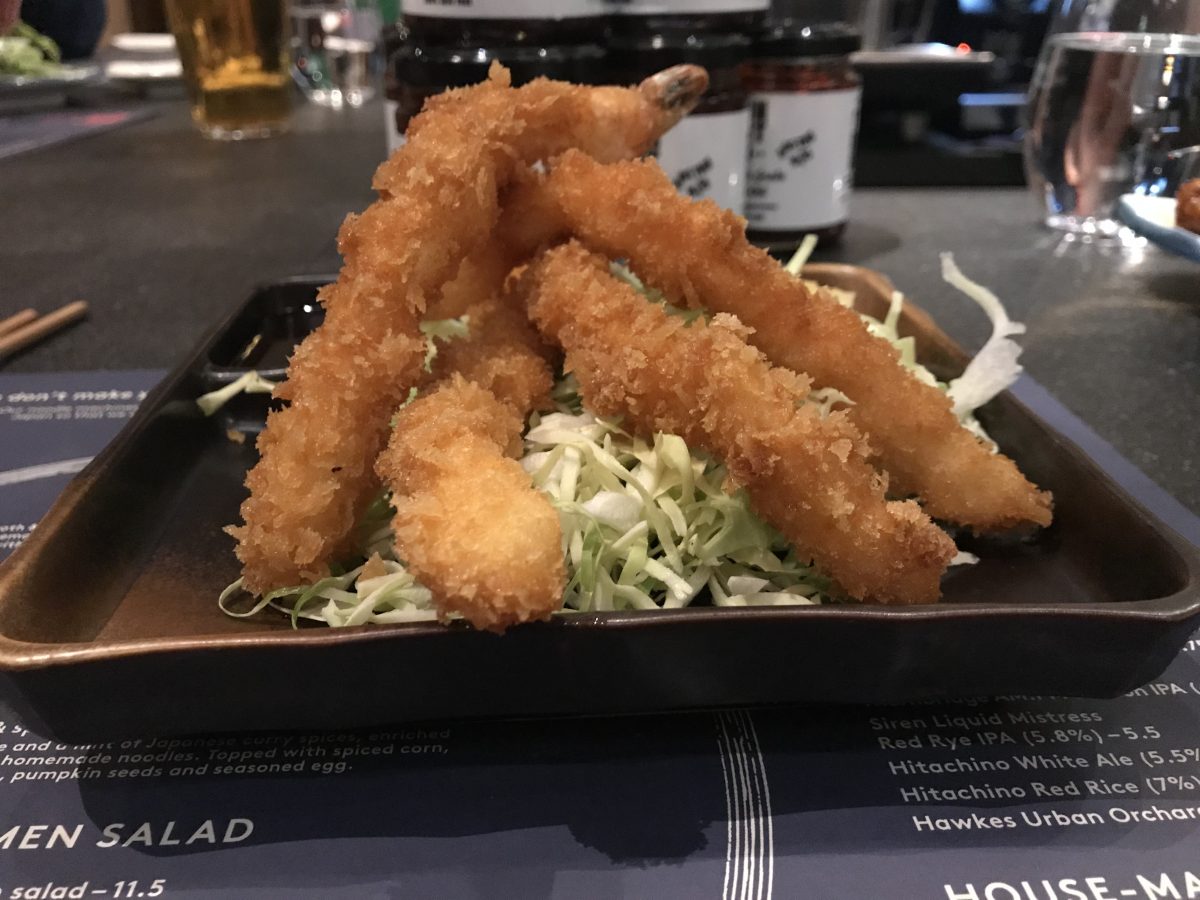 I go for a Tonkotsu (£11) which is the best ramen I’ve had in London. The broth is rich and creamy – which is what you’ll get if you boil pig bones for 16 hours. There’s half a soy cured egg with a gooey yolk dusted in sesame seeds for added richness. The noodles are thin and bouncy – they’re made at their East London restaurants in noodle machines shipped over from Japan. 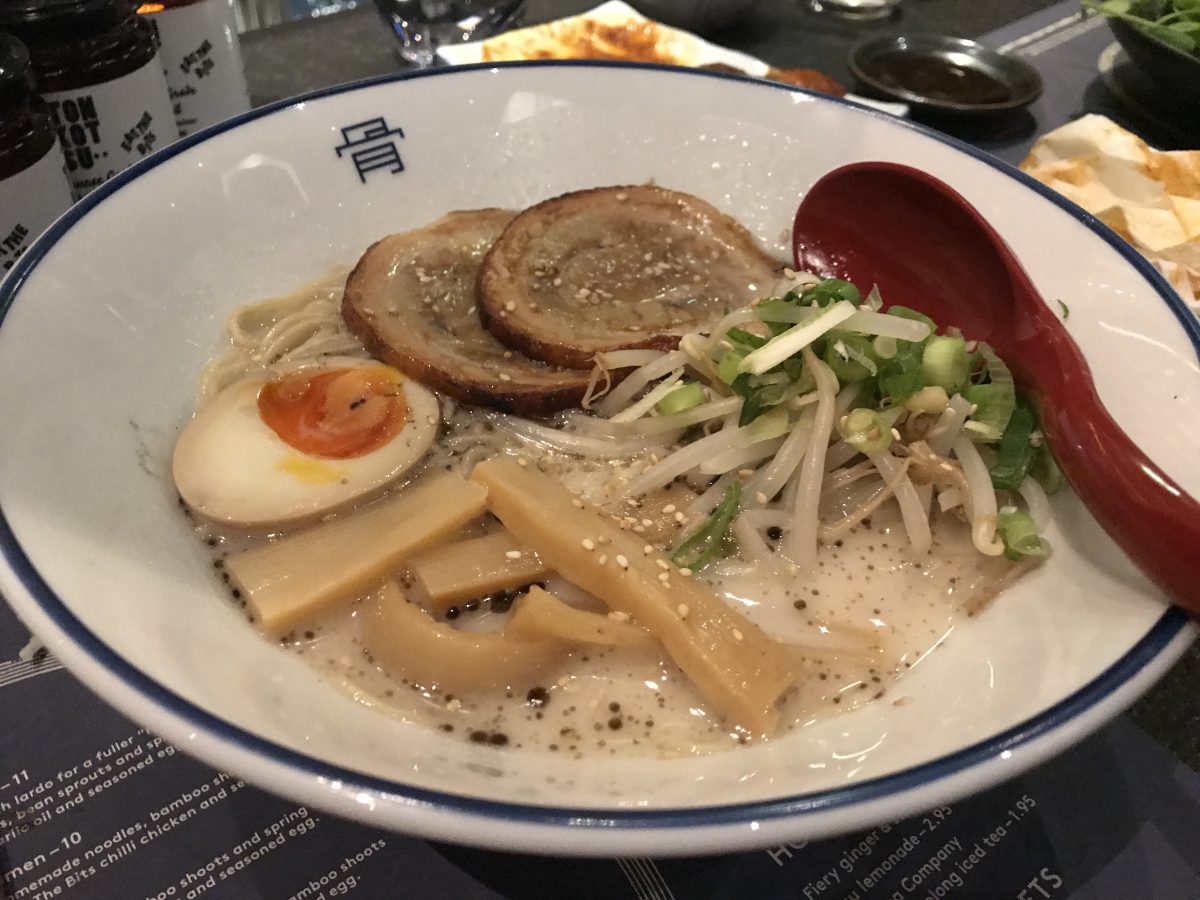 Something a bit different is duck hiyashi ramen salad (£11.50). It’s a plate of room temperature noodles, chunks of sweet and sticky duck, cucumber, tomato and pea shoots. It’s ramen just without the richness of the broth. 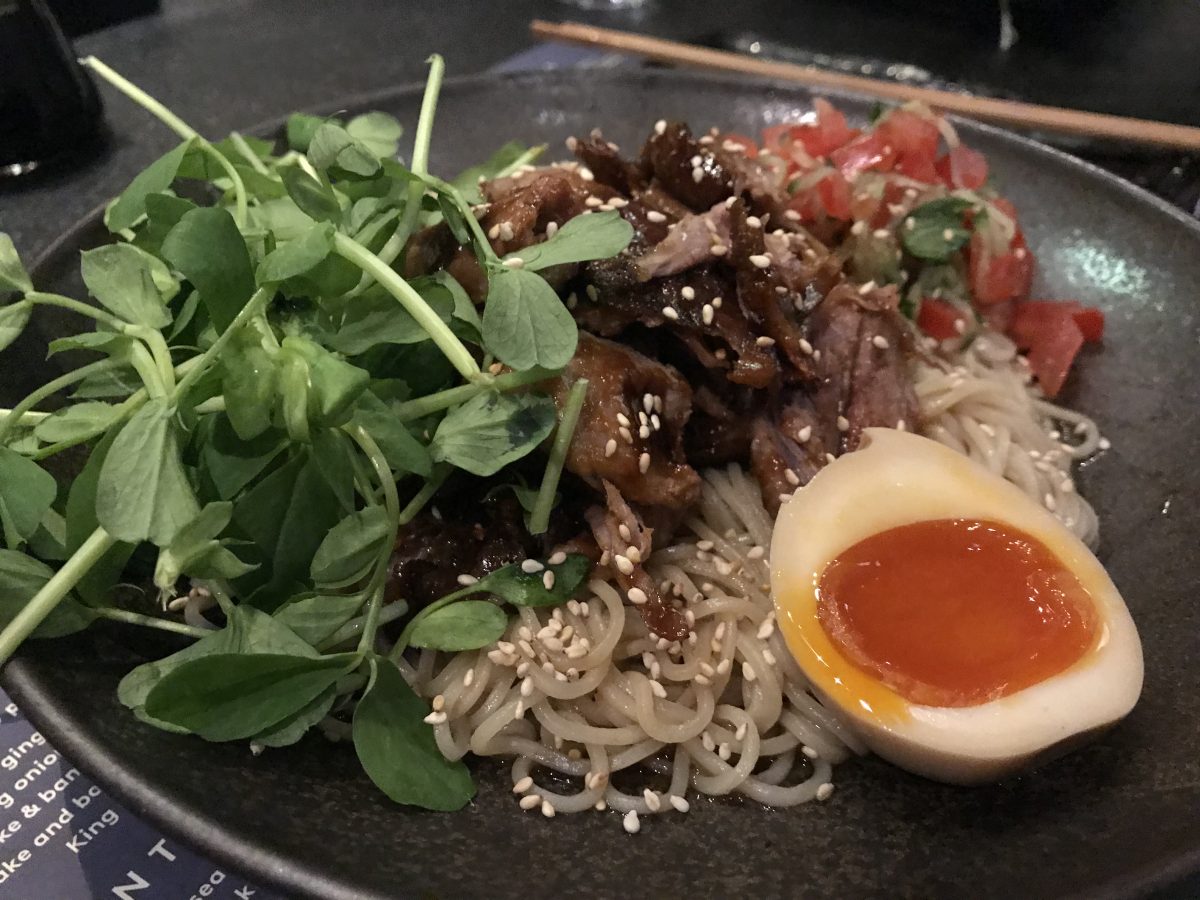 For dessert, we share a malted milk ice cream sandwich (£5.25). It tastes like the inside of a Malteser with the oatiness of a flapjack and the texture of a Maxibon. HEAVEN. 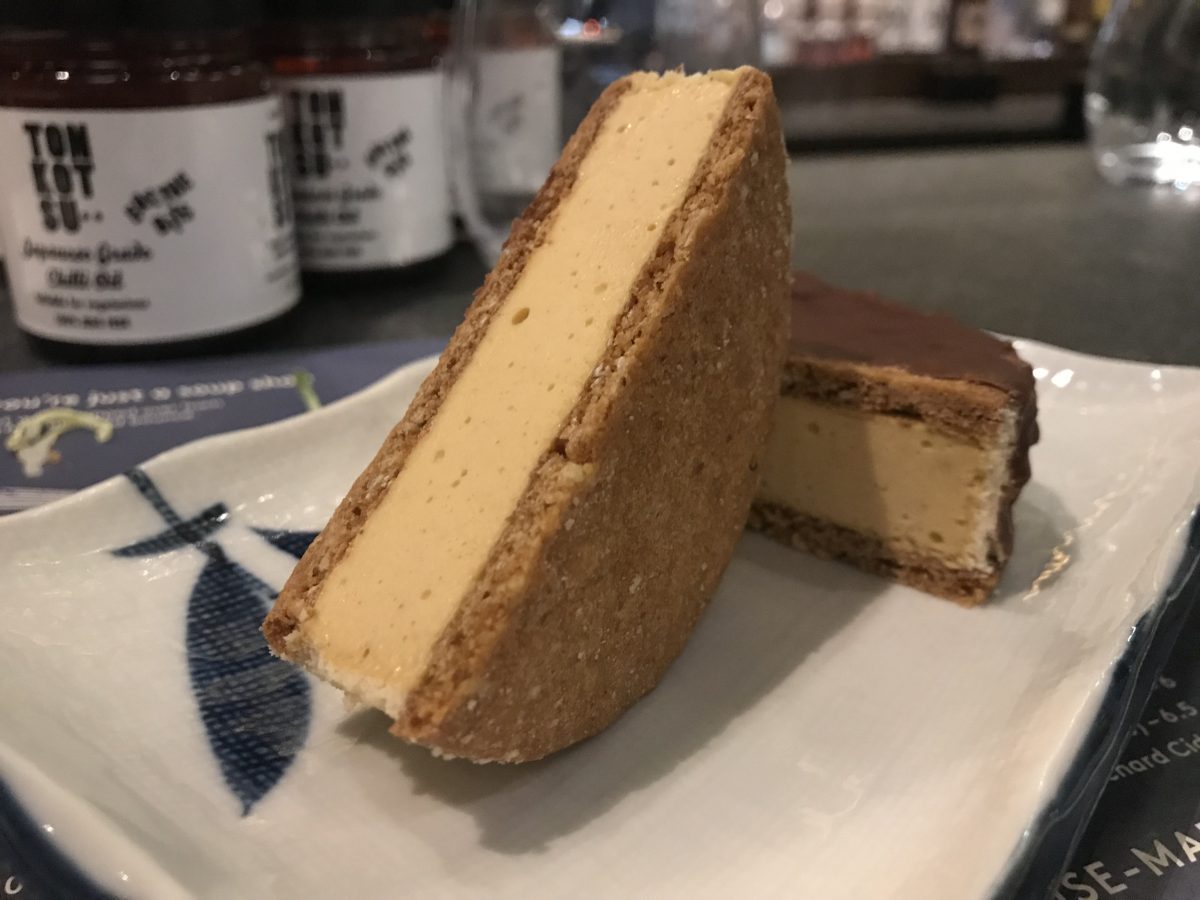 I sound like a total Tonkotsu fangirl but that’s because I am. There are currently six in London ranging from Soho to Notting Hill – here’s hoping we see even more of them.

Tonkotsu.co.uk
We dined as guests of the restaurant