Tom Kerridge has quite the restaurant empire. Over in Marlow, Buckhimshire he has the two Michelin-starred Hand and Flowers. Up the road he now owns a butchers called The Butcher’s Tap and a pub, The Coach. The latest addition is Kerridge’s Bar & Grill in one of London’s finest hotels, Corinthia Hotel London. 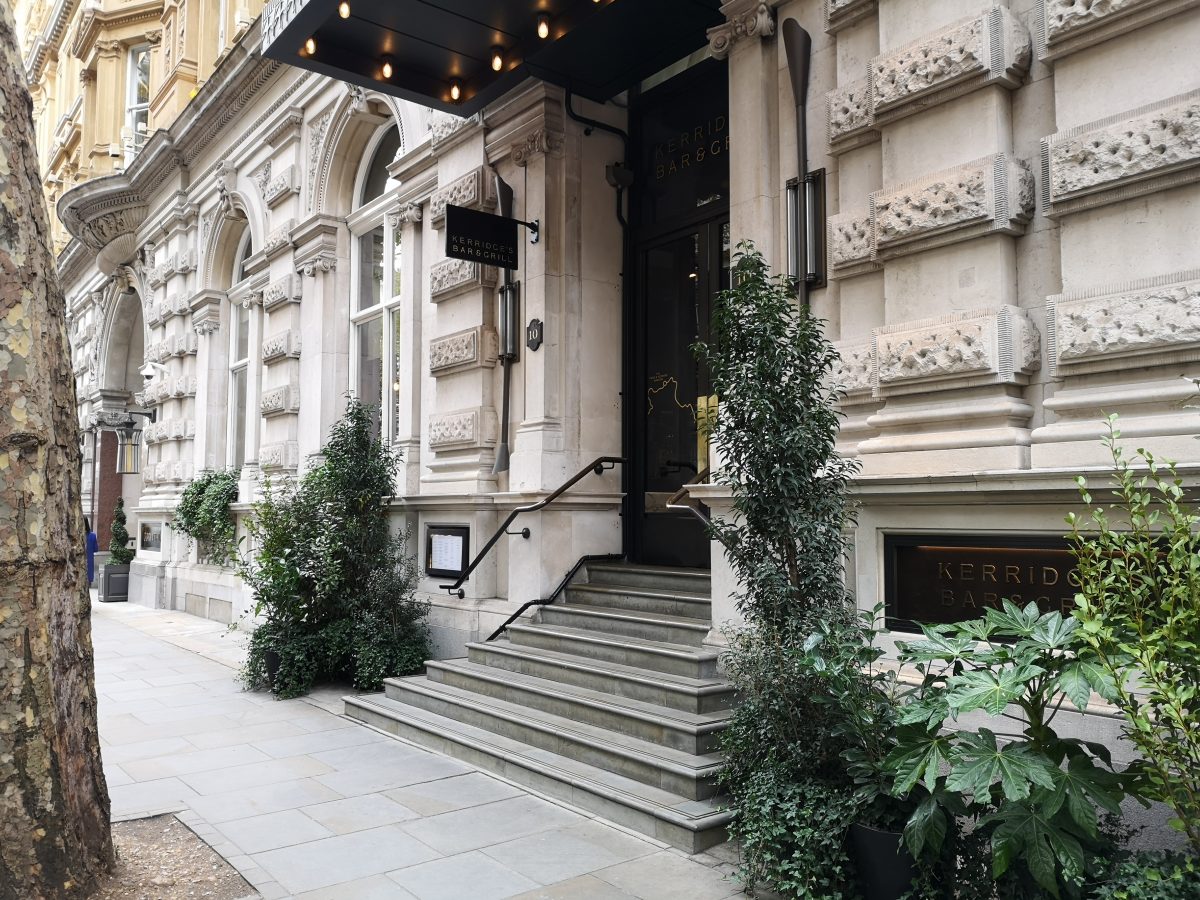 Kerridge’s wife, Beth is an sculptor and the dining room is filled with her work. The centre piece of the room is Steve, a gold headless statue which is quite the spectacle. Elsewhere there’s a rotisserie counter with seats to perch at, a meat and wine fridge and a tall, grand bar. An impressive space it sure is. 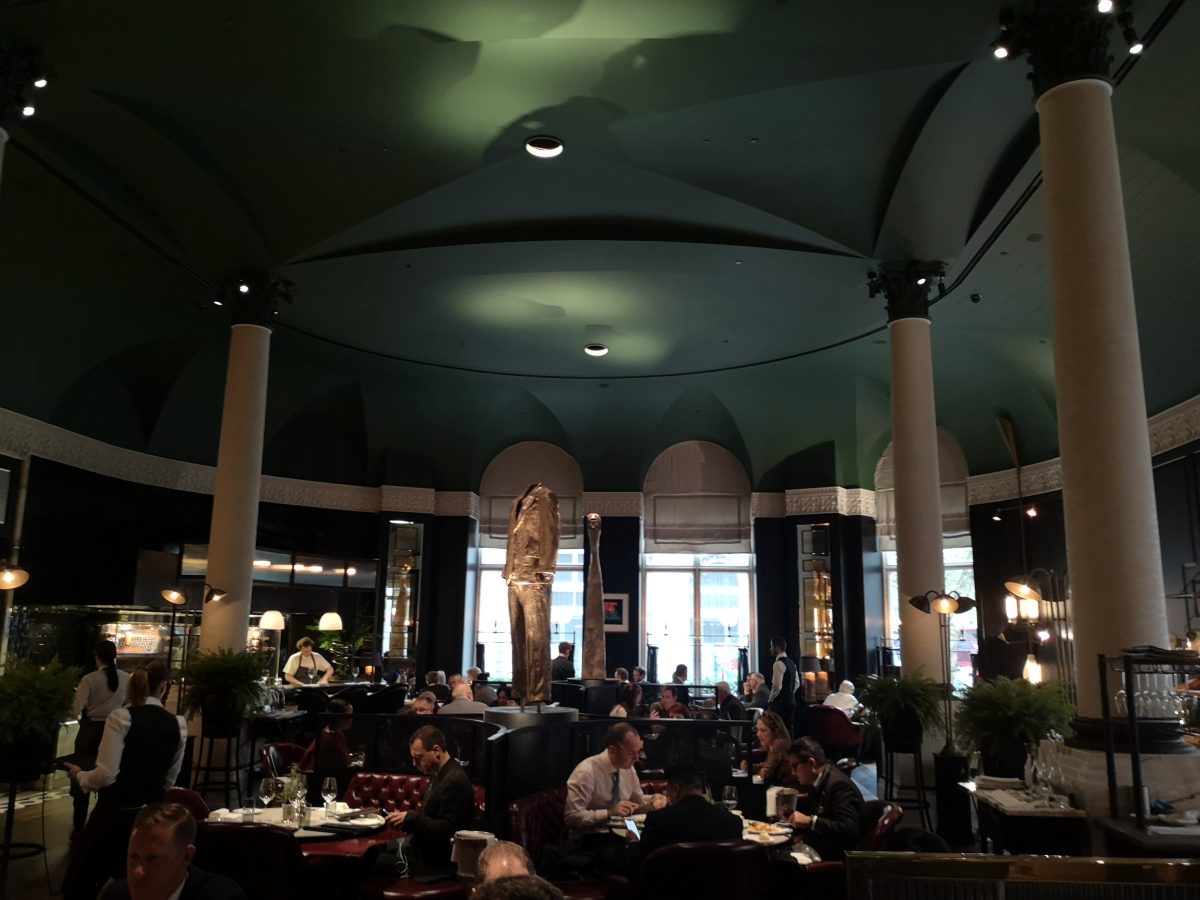 There’s no getting away from the prices. It ain’t cheap. But these places never are. If you’ve £29 to blow, a starter of glazed omelette lobster Thermidor is one of the best things to eat in London right now. It’s rich, indulgent and rather bloomin’ good. 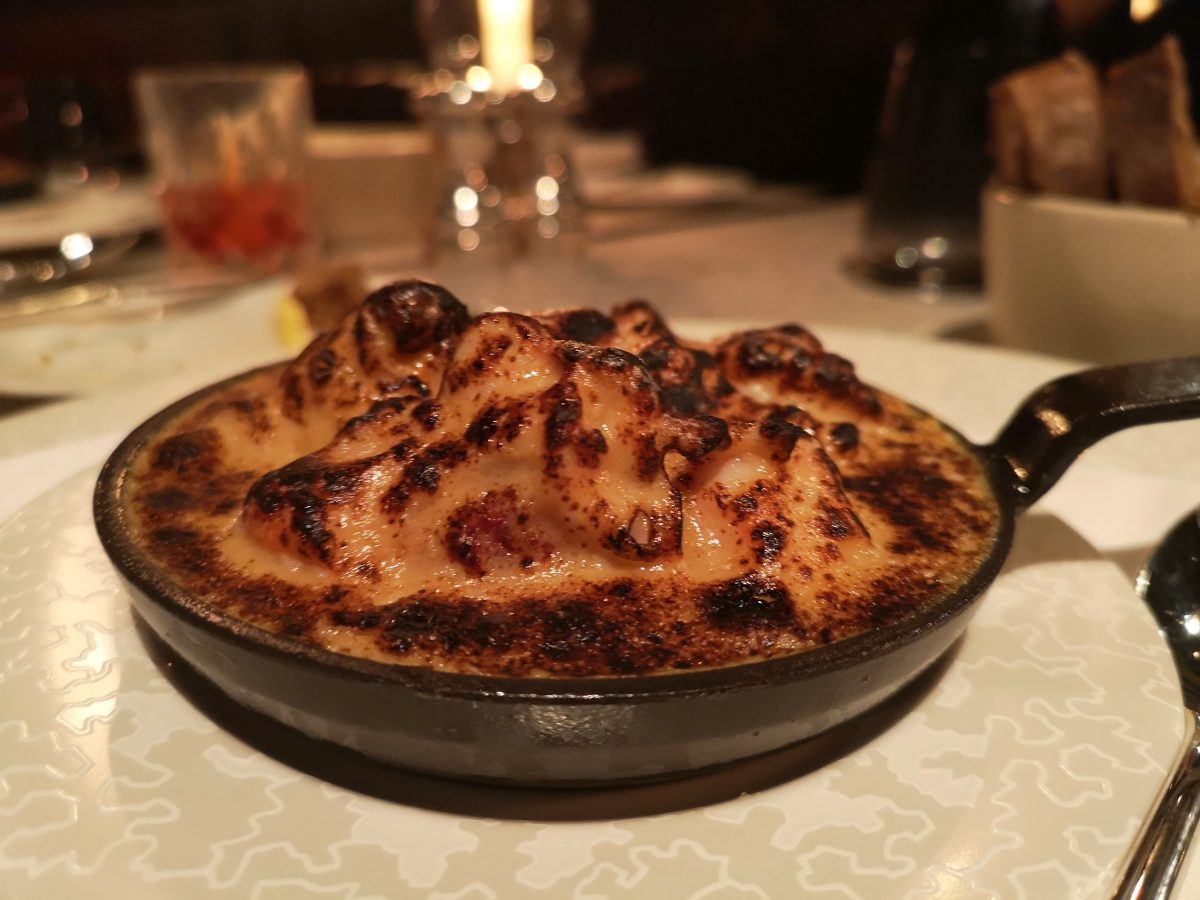 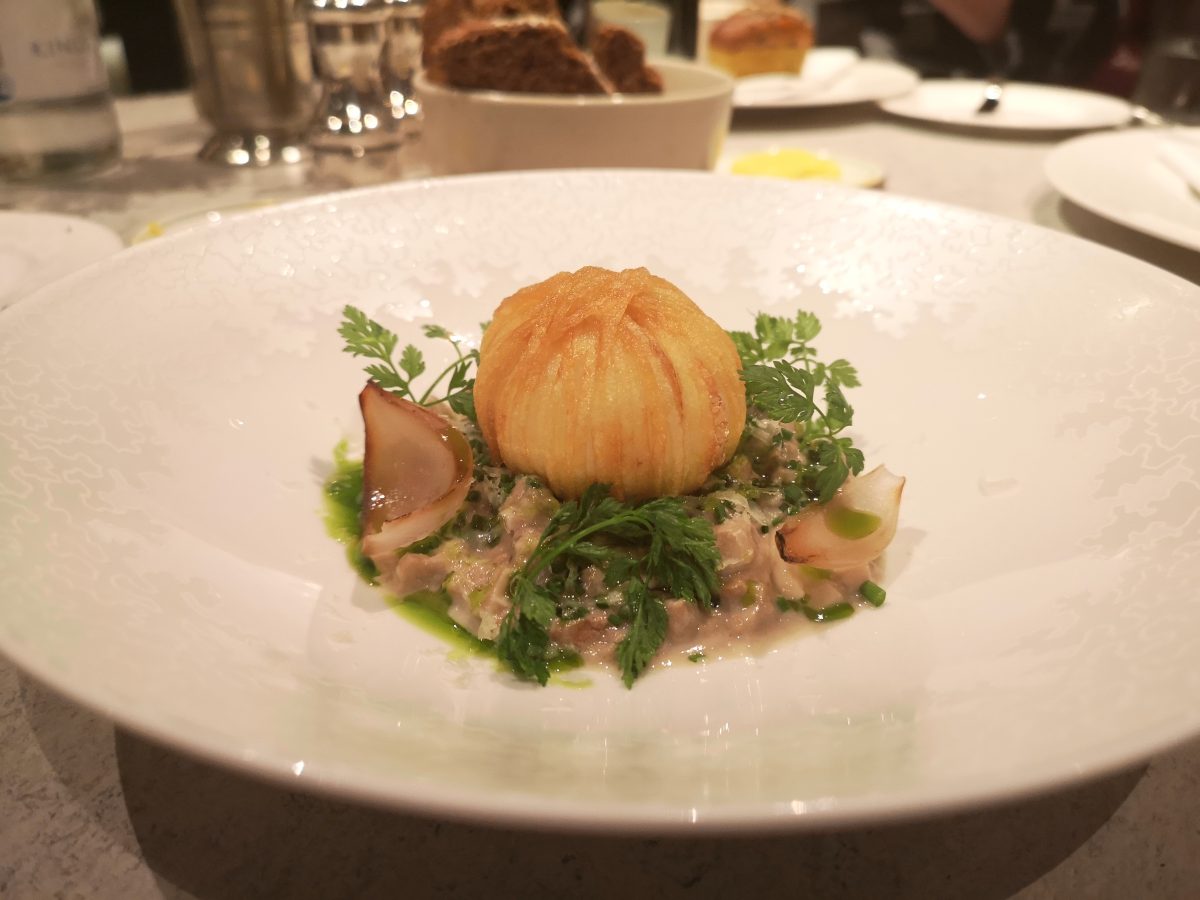 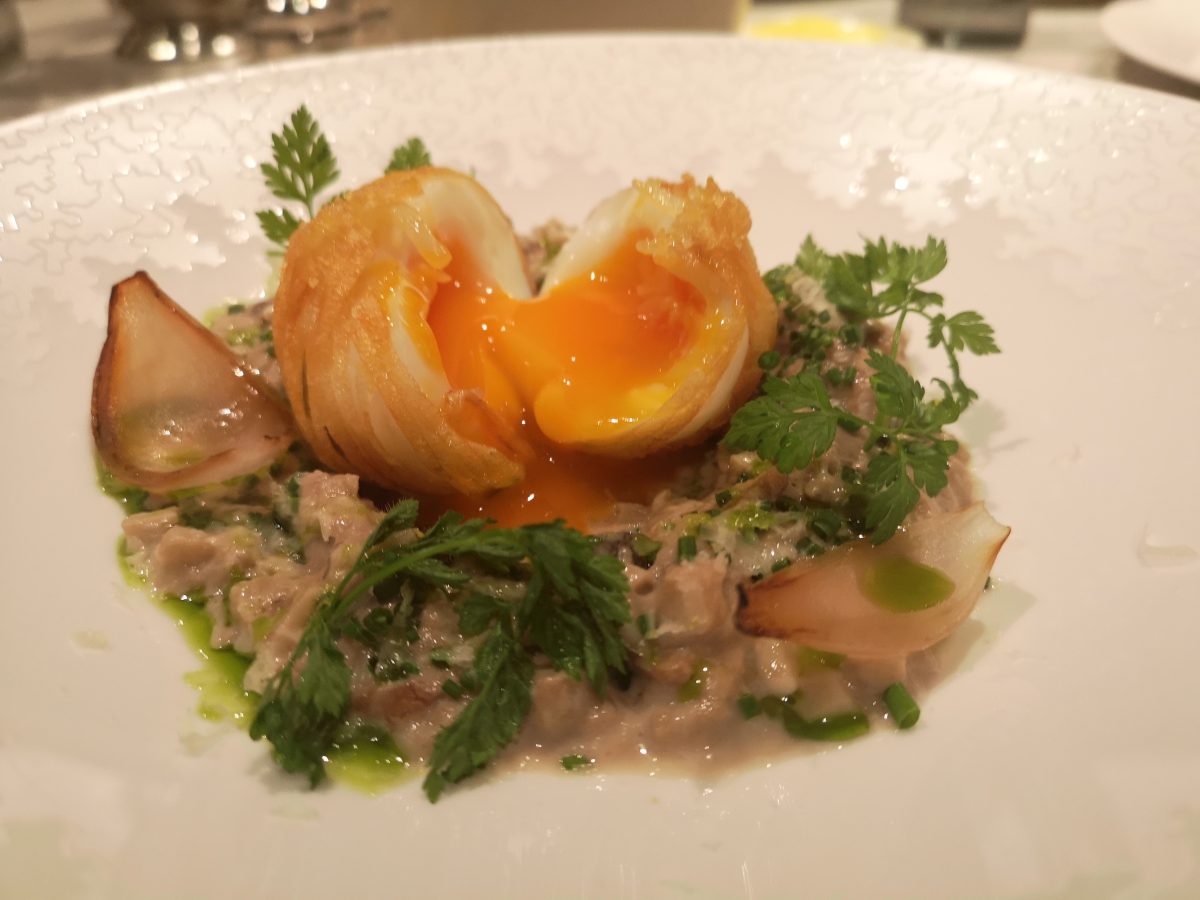 For main, an ‘r’ marks dishes cooked on the rotisserie. Go for these; in particular, the rib of beef from The Butcher’s Tap (£39). It’s a quality piece of beef, nicely crisp round the outside with a gloriously pink middle. Chunky chips are crisp fried, generously seasoned and come within gherkin ketchup so sweet and tangy you won’t miss Heinz. 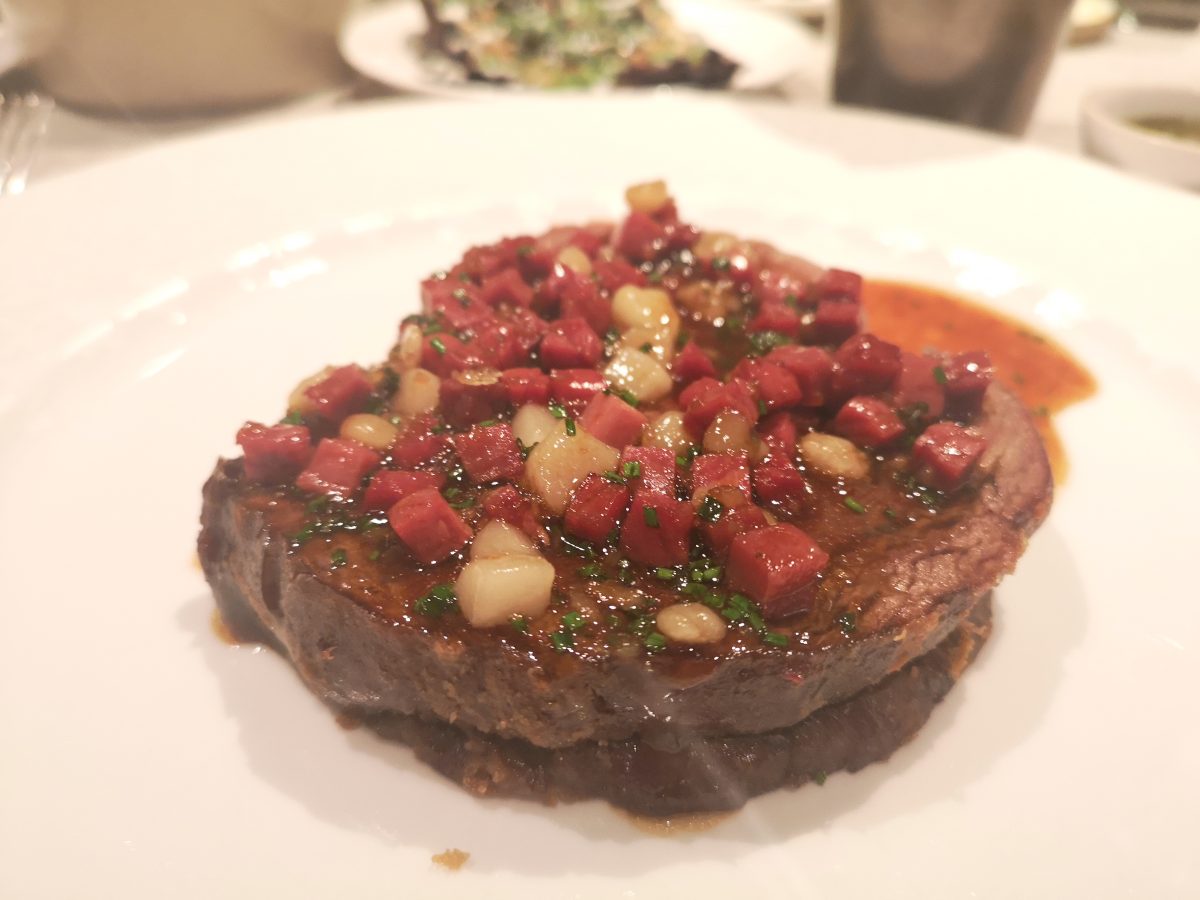 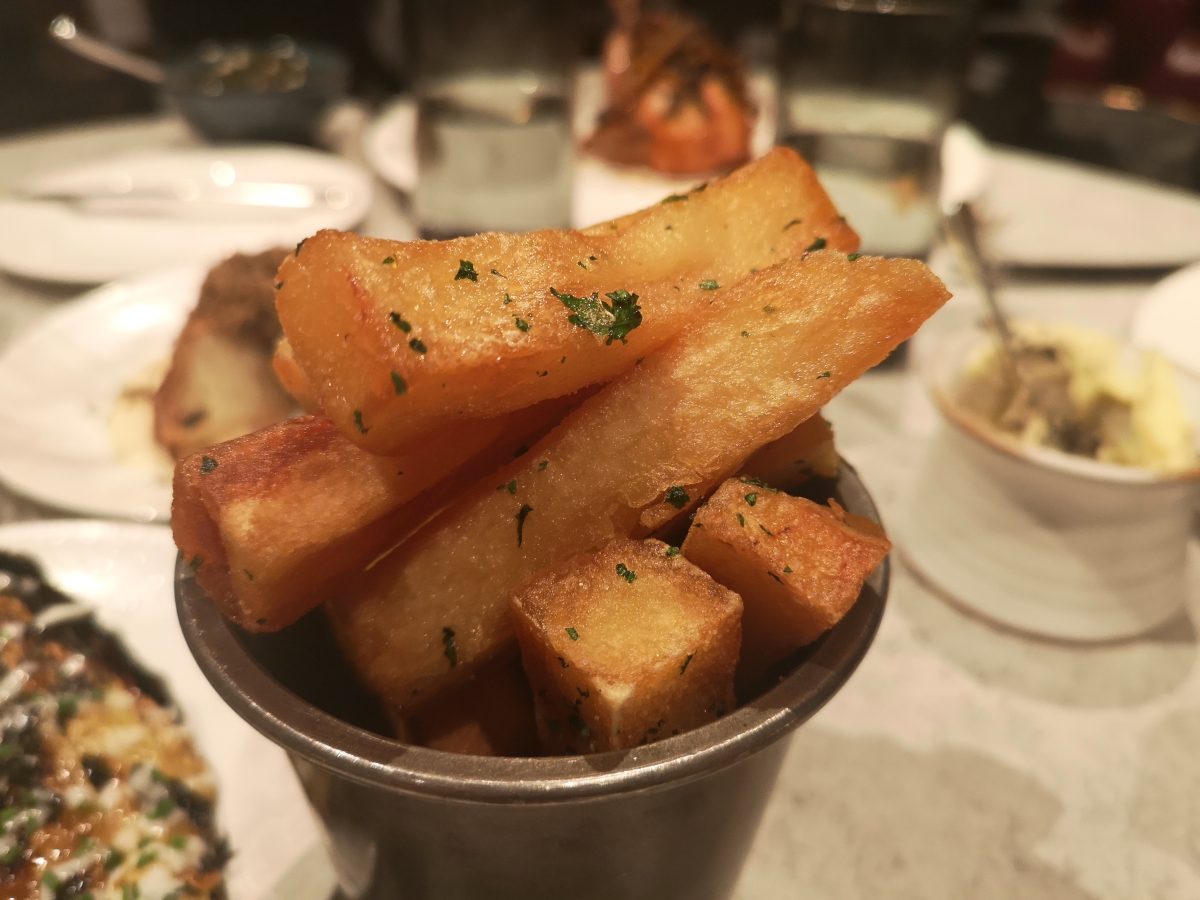 Care is also taken to the sides (£6 each). Celeriac, often boring, is made interesting by truffle. And loads of it. Garlic roasted hispi cabbage has the blend of soft/sweet/burned/bitter just right. 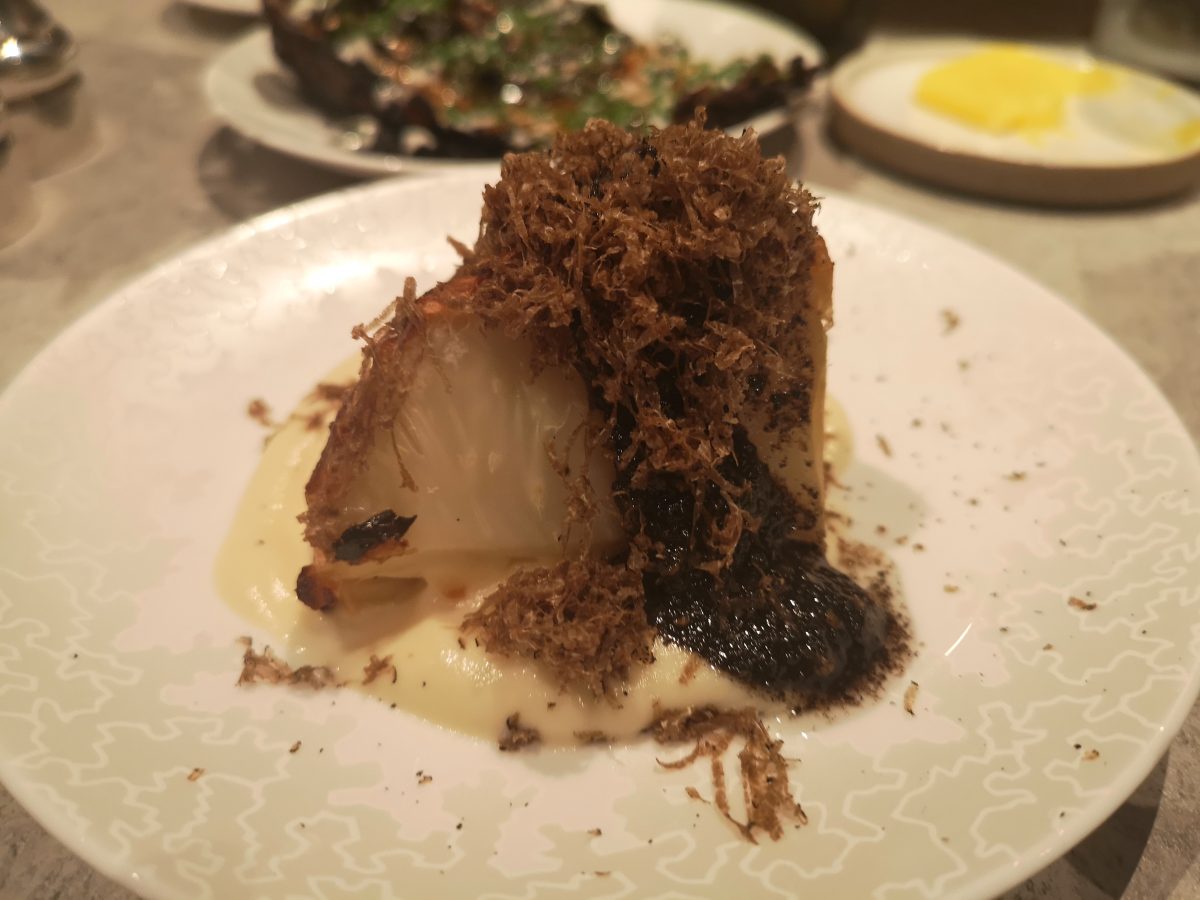 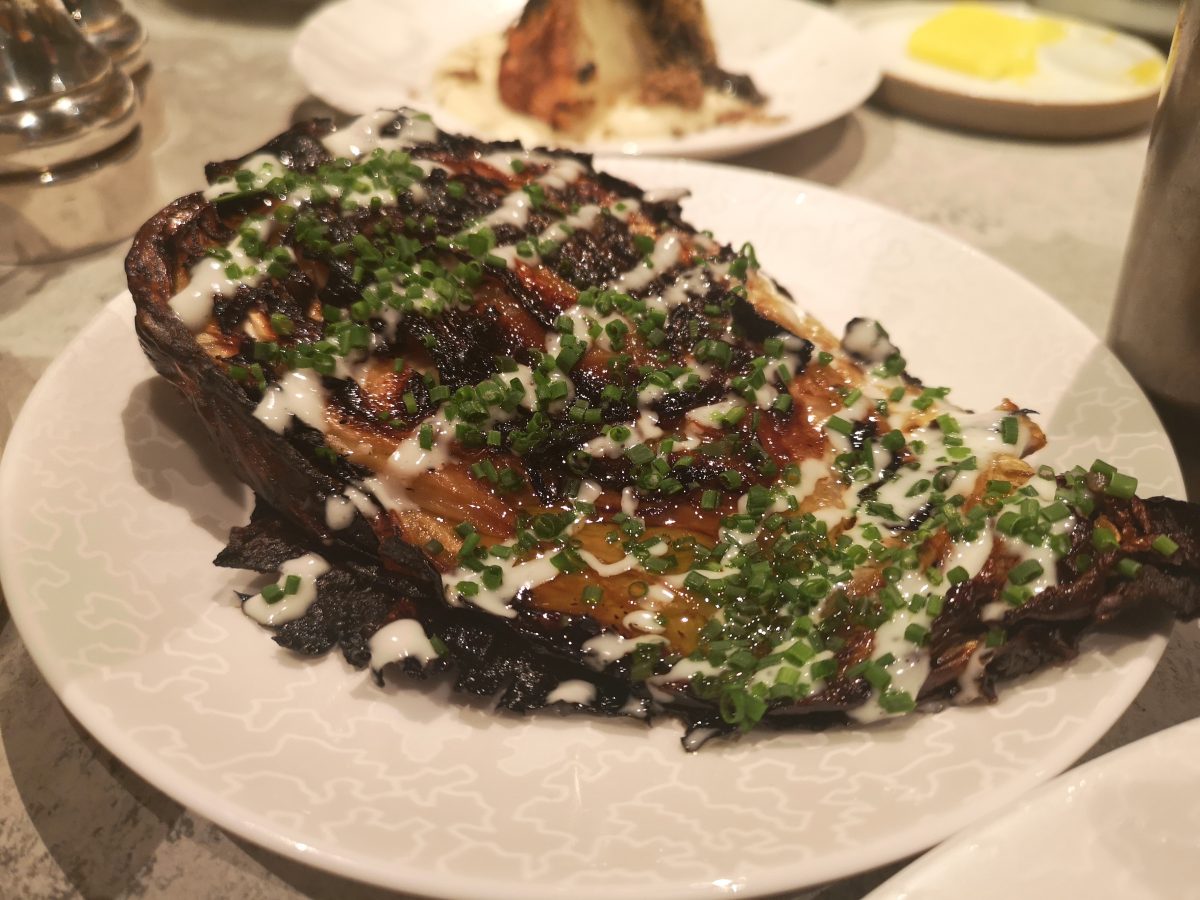 For pud (all £13.50), an often changing soufflé is the one to order. I visit on two occasions (blackcurrant with ginger Parkin crumb and mandarin with frosted sourdough crumb) and both don’t disappoint. There’s an impressive height on them too.

Scottish raspberry and rose geranium trifle is a heavier treat. There’s lots going on there; white chocolate, fresh raspberry, gin baba, salted oats but it all marries together like a dream. 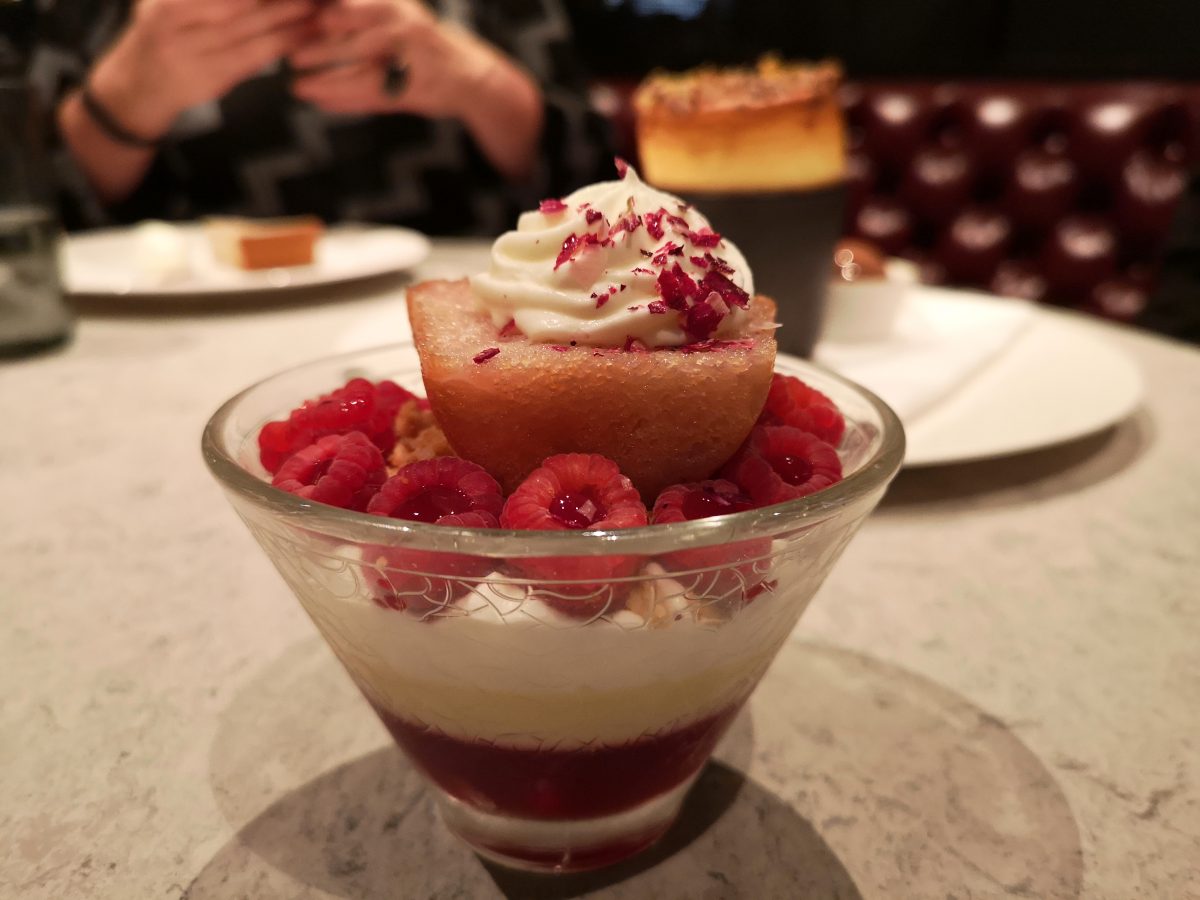 It’s a big ol’ operation is Kerridge’s but the place is run by a strong front of house. It feels calm and in control. Match that with some cracking food which is all about flavour and you can’t go wrong.

Corinthia.com
We dined as guests of the restaurant